On New Year’s Eve, French authorities report that 874 cars were set on fire and 441 people were arrested as Interior Minister Gerald Darmanin noted the figures were a decrease from prior years.

The Interior Minister stated on Saturday that a total of 648 fires across the country caused 874 cars to be burned, a figure down from New Year’s Eve in 2019 when the country saw a record 1,457 cars set on fire.

“The night of New Year’s Eve saw a decrease in violence thanks to the [interventions] of the police. Thank you to the nearly 130,000 police, gendarmes and civil security personnel who helped and ensured the safety of the French last night,” Darmanin wrote.

In the region of Île-de-France, which includes the city of Paris and its various suburbs, 186 cars were set on fire and one police officer was injured after being ambushed by local ‘youths’, as the French media euphemistically calls them.

Julien Le Cam, departmental delegate of the Alliance police union, commented on the anti-police violence in the department of Yvelines saying, “these acts of violence affected all the districts of the department throughout the night. No very serious facts have been noted, although I regret that a staff member is injured.”

Nearly a hundred vehicles were set on fire in Lyon and the areas around the city, with the low number of touched cars being credited to significant deployment of police officers as well as the weather, which had rained on New Year’s Eve.

In the western city of Nantes, 41 vehicles were set ablaze on Friday night, with most of the violence concentrated in the areas of Malakoff, Clos-Toreau and rue Samuel-de-Champlain. 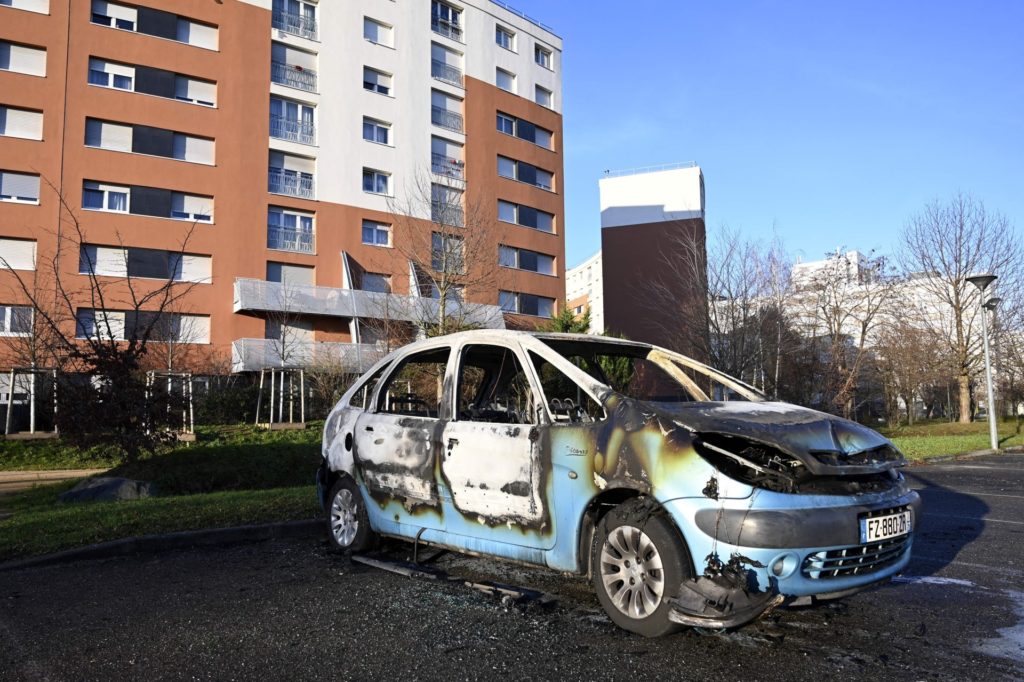 A total of eleven people were arrested in the area, including a father and son found with a hundred mortar-style fireworks they were allegedly attempting to sell to locals out of the back of their car.

Mortar fireworks have become popular in France as a method of attacking police officers as the fireworks can be easily directed without harming the user.

A total of 87 cars were set on fire in Strasbourg and its surrounding area, with 25 of the vehicles catching fire due to the spread of nearby fires that had been set. Police arrested 30 people, including six under the age of 16.