New Zealand police on Thursday arrested 120 people who were protesting against coronavirus restrictions outside the national parliament.

The estimated 120 individuals of all ages arrested were reported to have been attempting to camp in the capital Wellington for a third night, following two days of Freedom Convoy protests where initially over one thousand people and multiple vehicles gathered against against New Zealand’s vaccine mandates and coronavirus restrictions.

In an effort to deter future protests, police have warned all those arrested will face trespass and obstruction charges alongside prosecution in court.

The police had reportedly told the remaining around 150-200 protestors – many of whom had vowed to stay there “as long as it takes – that they were trespassing, despite it being common practice for protest groups to rally on the lawn outside the parliament, and police previously having said their presence did “not constitute a trespass notice.” 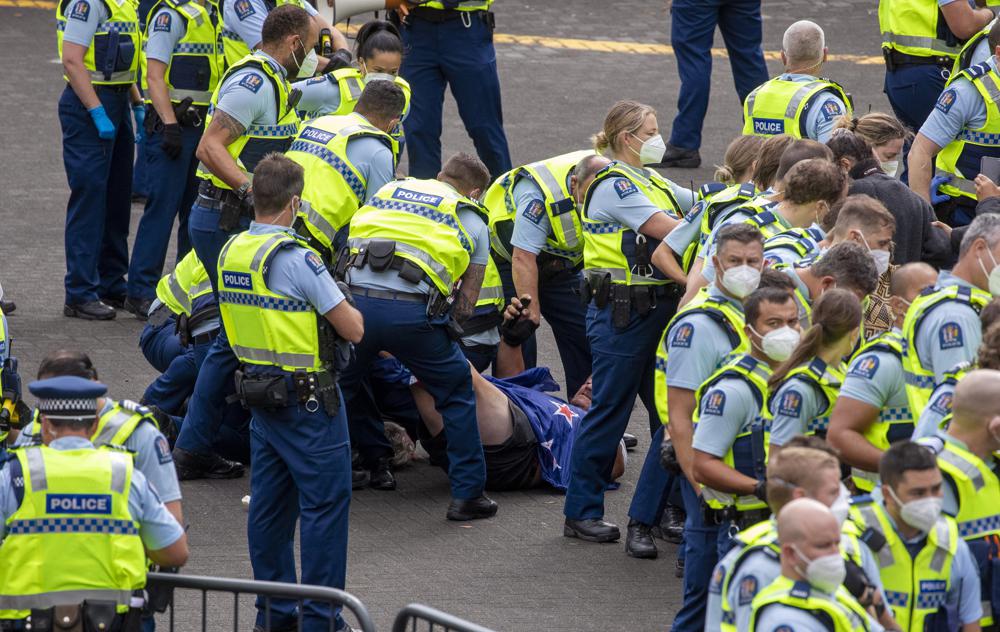 Police arrest people protesting against coronavirus mandates at Parliament in Wellington, New Zealand, Thursday, Feb. 10, 2022. The protest began on Tuesday after more than 1,000 people driving cars and trucks from around the country converged on Parliament in a convoy inspired by protests in Canada. (Mark Mitchell/NZ Herald via AP) 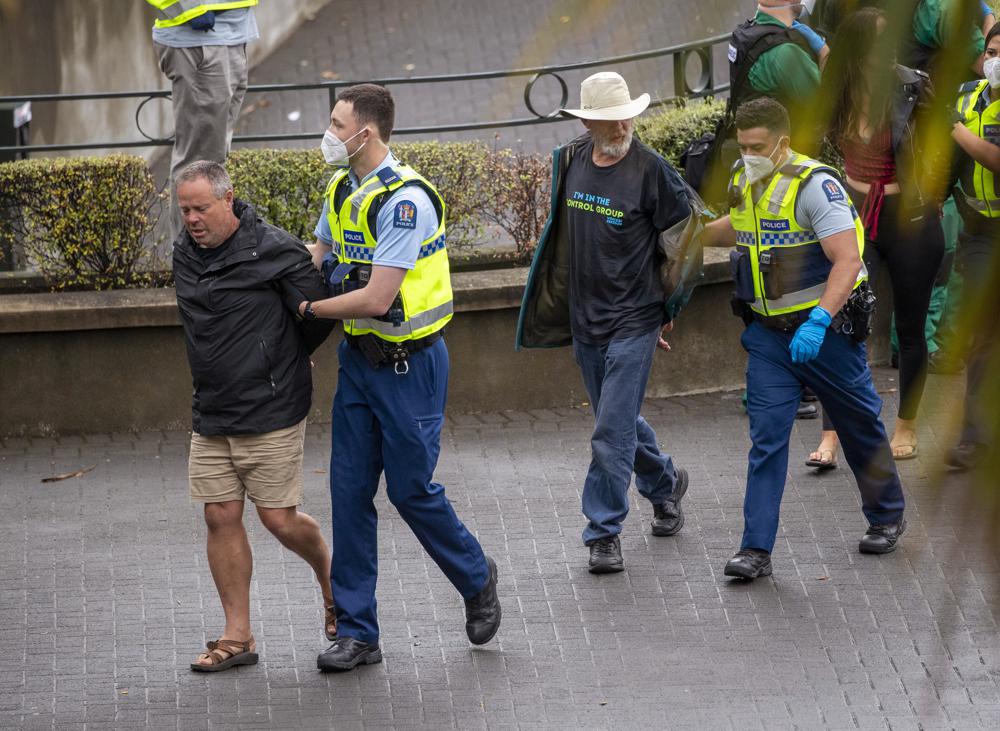 On Thursday morning the police announced over megaphones the protestors would be arrested if they didn’t vacate the grounds, ABC reports.

Police were then seen to move in on the protestors and begin tearing down tents and arresting attendees, at one moment dragging a naked woman across the floor by her hair – it is unclear why the woman was nude, but other protestors were seen with ripped clothing.

Protestors chanted “hold the line”, “shame on you” and one over a megaphone repeatedly said, “keep the peace” while protestors struggled with the police. 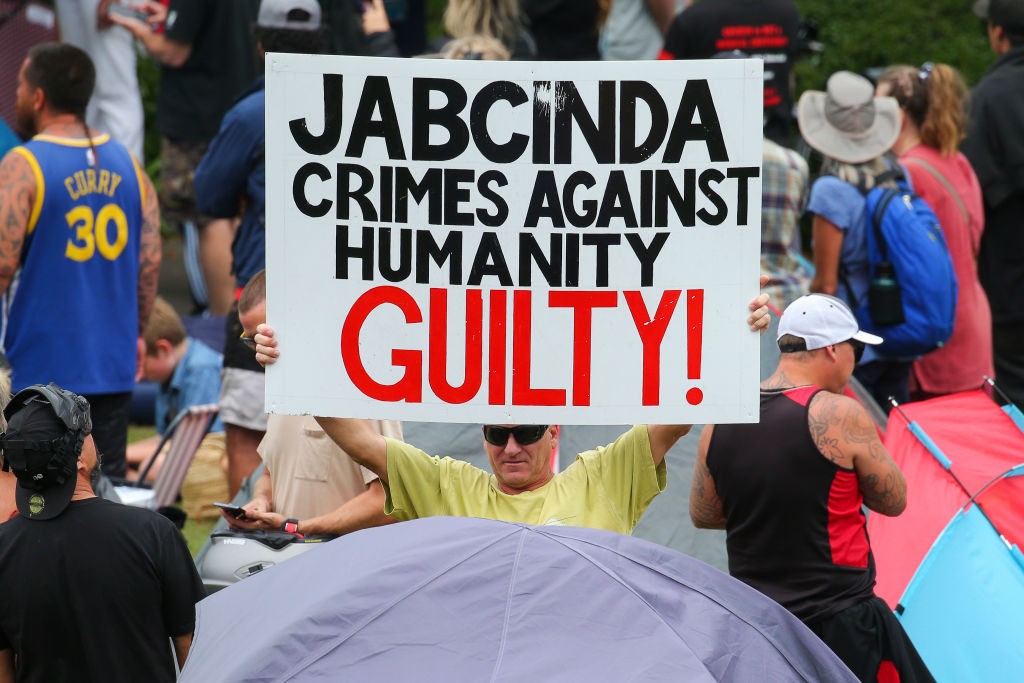 A protestor holds a sign during a protest at Parliament on February 10, 2022 in Wellington, New Zealand. Anti-vaccine mandate protesters were broken up by police after three days of demonstrations outside Parliament. (Photo by Hagen Hopkins/Getty Images)

Some attendees also performed the Māori haka – a traditional war dance by New Zealand’s indigenous population that was popularised by the New Zealand rugby team known as the ‘All Blacks’.

The Speaker of New Zealand’s Parliament, Trevor Mallard, seemed to have escalated the situation between protestors and the police, despite saying on Wednesday the protest was a police matter, opted to close the parliament’s grounds in an effort to end the protest and isolate the protestors from reinforcements.

Leftist NZ Prime Minister Jacinda Ardern initially supported the freedom convoy’s right to protest saying: “People often protest on the front lawn of Parliament. It is part of New Zealand”, however, Ardern has since U-turned on this policy saying on Thursday they need to “move on” – greenlighting the police to break up the rally.

Hordes of vehicles blocked streets around New Zealand’s Parliament on Tuesday, in a protest mirroring others building around the world demanding an end to coronavirus restrictions and vaccine mandates. https://t.co/haqWykV3IF

Wellington’s police district commander, Superintendent Corrie Parnell attempted to justify the police’s actions by saying the protest had started to “unfairly impact on the wider public”, despite the physical protest, rather than the vehicular protest being largely self-contained on the parliament’s lawn.

Drivers have also been warned that any remaining vehicles in the parliament area that are blocking roads that aren’t moved will be subject to enforcement action.