The new British government has confirmed a massive energy subsidy programme and widespread deregulation and tax reform for businesses but has done nothing to tackle the long-term structural issues with tax codes increasingly impacting the squeezed middle class.

At a so-called mini-budget statement to the House of Commons Friday morning, new UK Chancellor Kwasi Kwarteng announced a raft of handouts, law changes, and tax cuts. The changes are part of what the new Liz Truss government calls a going-for-growth strategy.

Some recent tax hikes announced by the previous Boris Johnson have simply been cancelled, while other taxes have been eradicated altogether. While the measures received a sometimes rancorous reception in the debating chamber of the Commons from the opposition, Kwarteng said in many cases the tax cuts merely put the country back to a point it had been in recent memory. 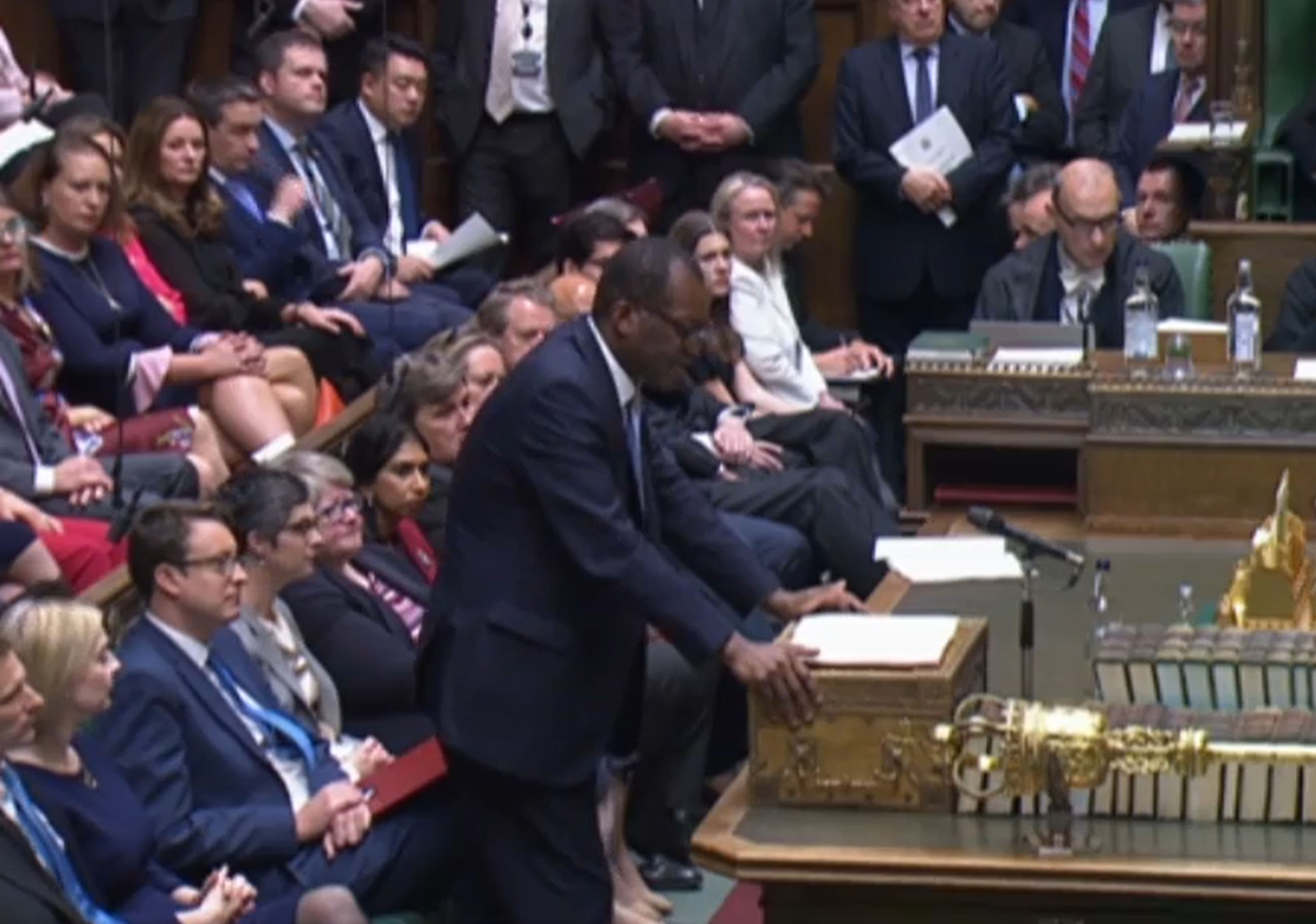 Chancellor of the Exchequer Kwasi Kwarteng delivers his mini-budget in the House of Commons, London. Picture date: Friday September 23, 2022. (Photo by House of Commons/PA Images via Getty Images)

As the Associated Press reports:

Treasury chief Kwasi Kwarteng announced in his “mini budget” Friday that he was reversing a hike in national insurance taxes that was introduced by the previous administration.

Kwarteng´s predecessor, Rishi Sunak, imposed the increase to pay for social care and a backlog in the public health service.

Kwarteng, in his statement to lawmakers at Parliament, also announced income tax rates will fall next year as part of the government’s moves to bolster the economy.

One of the most expensive items in the budget was an announcement the government was going to be ‘freezing’ energy prices for the next two years — subsidising them, in other words. With varying levels of support changing on recipient and time from now, in all the handout is costed at some £60 billion ($66.7 billion). The least wealthy will be receiving targeted additional support in addition to their bills being subsidised, a handout that will be worth thousands of pounds her household.

While the scale of this handout is enormous, Kwarteng claimed the move would reduce “peak inflation” by five per cent. In essence he is staking a huge piece of government borrowing to considerably ease economic pain: a big gamble.

Yet it is one Kwarteng says is necessary. He told the commons: “in the context of a global energy crisis… it is entirely appropriate to use our borrowing powers to fund temporary measures in order to support families and businesses. That’s exactly what we did during the Covid-19 pandemic, a sizable intervention was right then, and it is right now. The heavy price of inaction would have been far greater than these schemes. ”

Besides considerably energy subsidies for the poorest, the government is also giving businesses and high earners a boost. In a major and broadly unforeseen move, the top rate of income tax for personal earnings, 45 per cent over £150,000 a year, is being scrapped altogether.

While Labour have of course attacked the chancellor for the move as being a sop to the wealthy, the tax was in fact introduced by the Conservatives themselves in 2010, a Cameron-era raid on the rich.

Yes despite the headline-grabbing moves, tax changes that will actually benefit Britain’s considerably middle class are nowhere to be found. A one per cent cut in the basic rate from 2023 will barely be felt as inflation surges, and fiscal drag sees punitive taxes that were once introduced to hit the very wealthy now routinely impact average middle-class professionals.

Fiscal drag — in this context the process of inflation seeing wages rise in time but the fixed tax bands government set not revised regularly, seeing formerly basic-rate taxpayers ensnared in higher tax brackets through no fault of their own — is becoming a major factor in the taxes ordinary people pay.

The higher rate tax of has hardly changed in over a decade. Indeed, excepting the change in the ‘tax-free’ personal allowance that everyone gets, this high-rate tax which was meant to be paid by particularly high earners when it was established in the 1980s is now routinely paid by established teachers and other normal middle-class professions at the same income point today that it was in 2010.

While today’s energy bailout will of course benefit the middle class — as it does functionally everyone — this is a time-limited handout and does not contribute to any long-term, meaningful relief for ordinary families.

Other measures were also introduced, some of them tax changes and others policy and law changes. The government wanted the building industry to build more houses, it said, and for major infrastructure projects — like roads and railways — to be built faster, and there would be changes including the government selling suplus land it owns and changes to the planning process.

“EU-derived laws that constrain our growth”, Kwarteng said, and there would be a sunset period for EU law, saying “this will reduce burden on business, improve growth, and restore the primacy of UK legislation.” Further, the new chancellor announced “planned increases in the duty rates for beer, cider, wine, and spirits will all be cancelled.”