BERLIN (AP) – German police said Monday that a man has died after crashing a car into Berlin’s iconic Brandenburg Gate.

Images from the scene show the mangled wreck of the dark-coloured sedan between two pillars of the capital’s popular sightseeing spot. 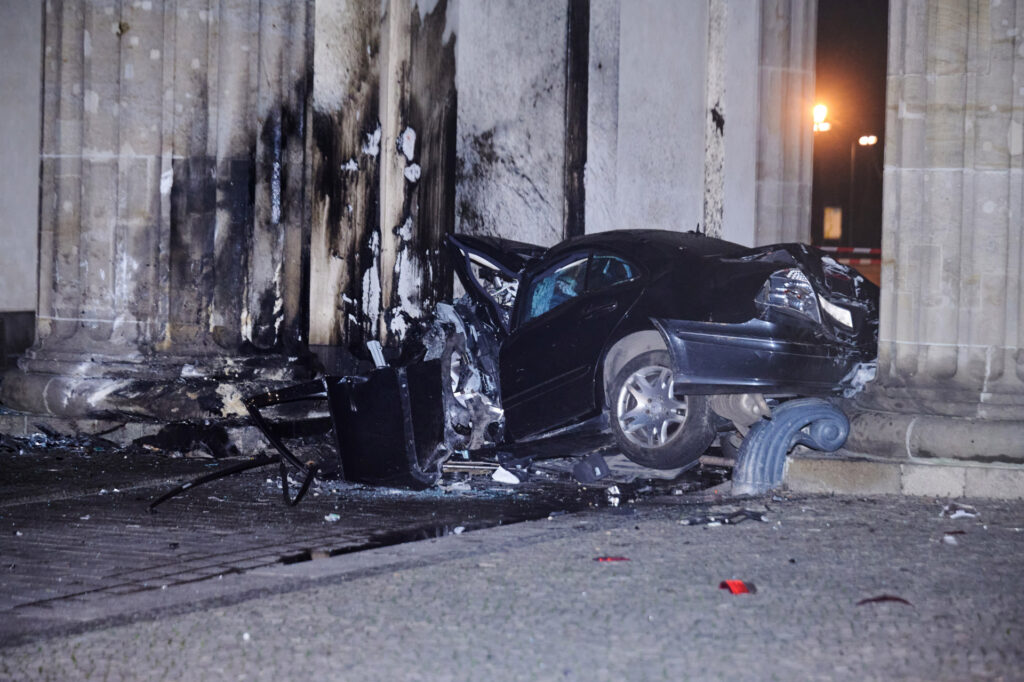 Poland’s consul in Berlin, Marcin Krol, tweeted that he could confirm that the “driver of the Mercedes that hit the Brandenburg Gate yesterday at 23:30 was a Polish citizen. The car was also registered in Poland.” 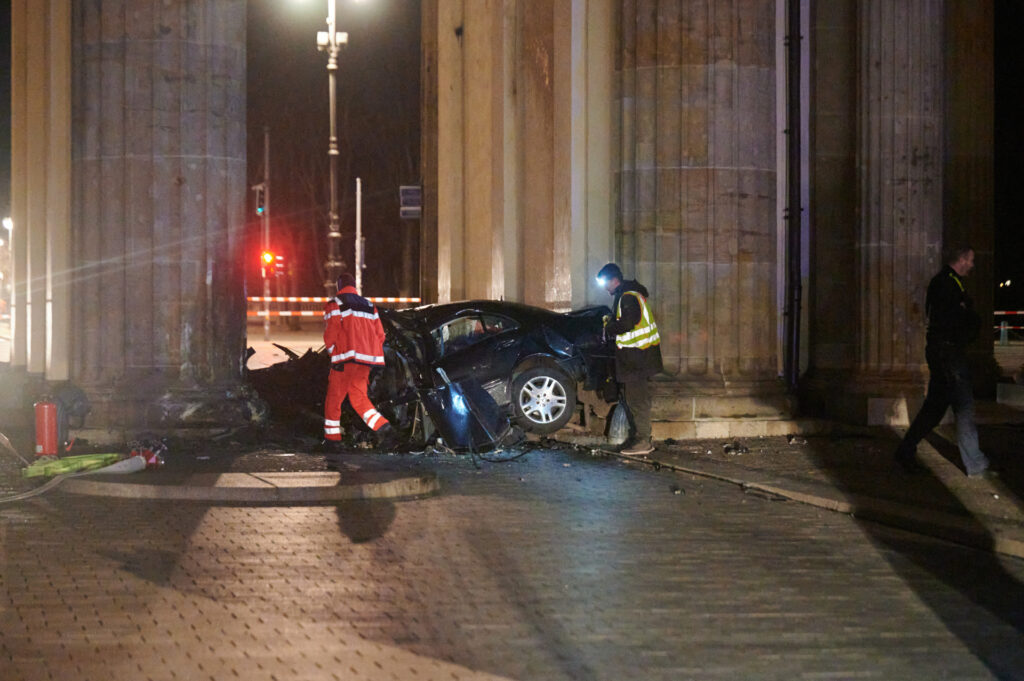 Police said initial information indicated that other people weren’t harmed in the crash, which happened shortly before midnight. 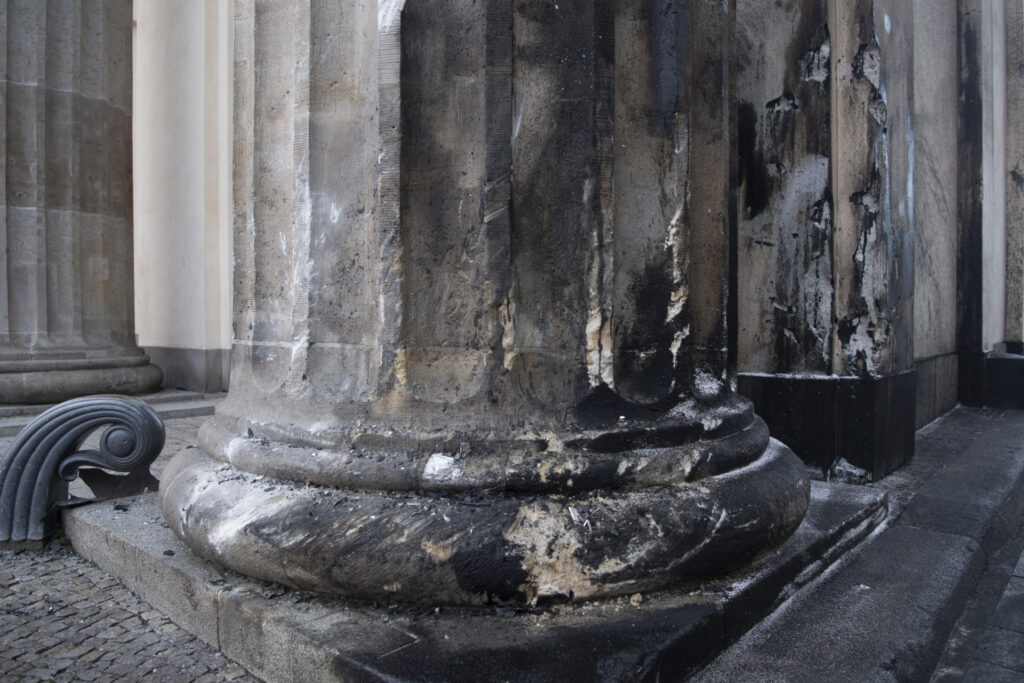 16 January 2023, Berlin: One of the pillars of the Brandenburg Gate is partially destroyed. During the night, a car crashed into one of the pillars for reasons that have not yet been explained. One person in the vehicle was killed. There is currently no exact information about the causes of the accident. (Photo by Paul Zinken/dpa/picture alliance via Getty Images)

Parts of the Brandenburg Gate were covered in soot, but there appeared to be no major damage to the structure. 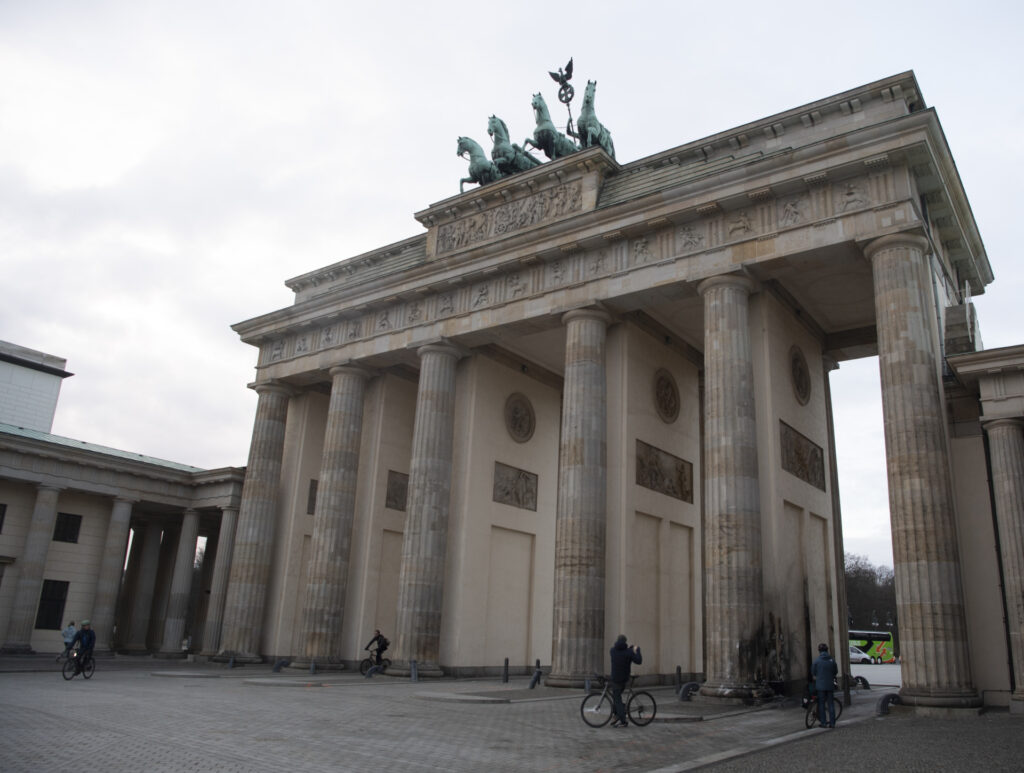 16 January 2023, Berlin: Only a few passers-by are out and about at the Brandenburg Gate this morning. (Photo by Paul Zinken/picture alliance via Getty Images)