Afghan Christians, almost all of whom are converts from Islam or the children of converts “are very likely to be killed” if caught by the Taliban, which applies Islamic (sharia) law literally, Barnabas declared.

“Although the Hanafi school of sharia, which predominates in Afghanistan, specifies death only for adult sane male apostates from Islam (with imprisonment for adult sane female apostates),” the UK-based fund stated, “the Taliban’s track record of an ultra-strict interpretation of sharia means it is very likely they will kill all apostates, both men and women, and probably their children too.”

Even prior to the Taliban takeover, Christians were considered traitors in the Islamic Republic of Afghanistan. The country is 99 percent Muslim, with some 90 percent Sunni and the other 9.7 percent Shia. 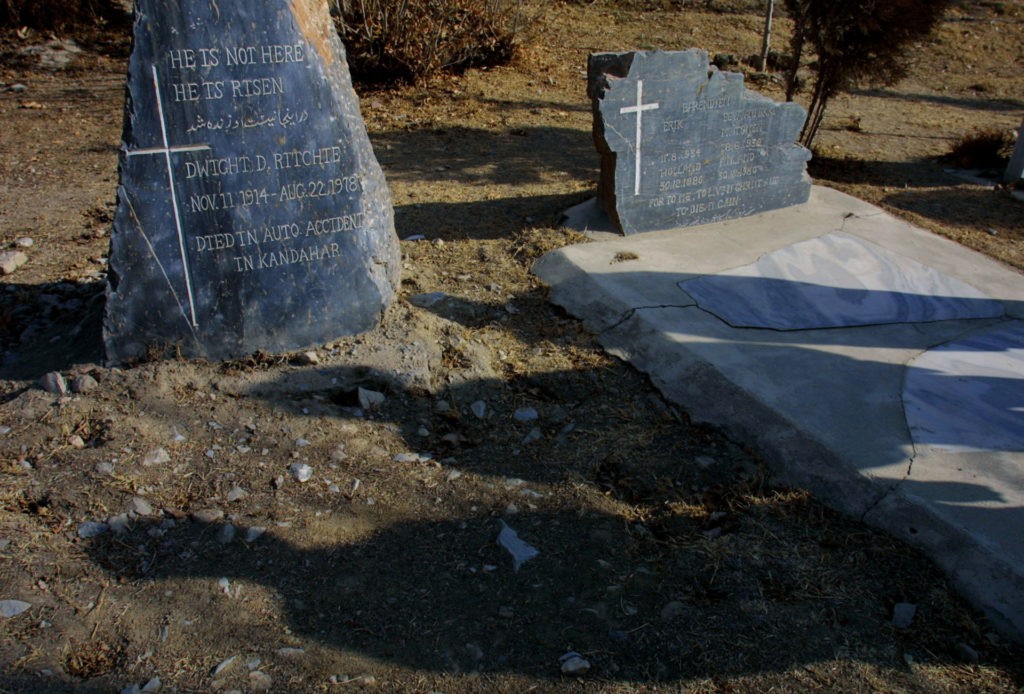 Tombstones  in the only cemetery for Christians in Kabul, Afghanistan. People from many different countries including the United States are buried here. (Paula Bronstein/Getty Images)

For this reason, the 2021 World Watch List compiled by Open Doors designated Afghanistan the second most dangerous nation in the world for Christians to live, following North Korea, which topped the list.

The United Nations documented 8,820 civilian casualties in Afghanistan in 2020, including 3,035 deaths, and some of the most brutal attacks targeted religious minorities. Antigovernment, nonstate actors, including the Taliban and a local branch of the Islamic State (ISIS-K), were blamed for the violence and jihadists claimed responsibility for many of the deadliest attacks. As a point of reference, the UN reported the Taliban were responsible for 45 percent of civilian casualties.

According to the Barnabas Fund, Christians who wish to flee Afghanistan following the Taliban uprising will face a harrowing ordeal.

“Getting to the airport means negotiating many Taliban checkpoints in Kabul, each one literally a life-or-death issue for Christians,” the Fund noted. “The process of getting to the airport involves mingling with thousands of Muslim Afghans also trying to flee the country by air.”

“The deadline of 31 August is fast approaching, and we are told that not everyone on the agreed list will be able to get evacuated in the days that remain,” it adds. “Any Christians still waiting at the airport will run the risk of being exposed as the Taliban takes control of the airport once the American troops are withdrawn.”