“I want to assure you of my prayers for dear Ukraine, for all its Churches and religious communities, and for all its people so that the tensions it is experiencing might be resolved through a serious international dialogue and not with weapons,” the pontiff stated following his weekly Angelus address in Saint Peter’s Square.

“A statistic I read recently saddens me greatly: more weapons were produced this year than last year,” Francis continued. “Weapons are not the right path. May the Lord’s Birth bring peace to Ukraine.”

Russia has recently mobilized tens of thousands of troops near its border with Ukraine leading some Western leaders and pundits to speculate that Russia could be planning an invasion in early 2022, a scenario Russia has denied. Russian President Vladimir Putin holds a binoculars as he watches the joint strategic exercise of the armed forces of the Russian Federation and the Republic of Belarus Zapad-2021 at the Mulino training ground in the Nizhny Novgorod region, Russia, on Sept. 13, 2021. (Sergei Savostyanov, Sputnik, Kremlin Pool Photo via AP)

UK Foreign Secretary Liz Truss warned Russia on Saturday of “severe economic sanctions” if it were to invade Ukraine.

“If Russia were to take that action, it would be a strategic mistake, and there will be severe consequences for Russia,” she said. 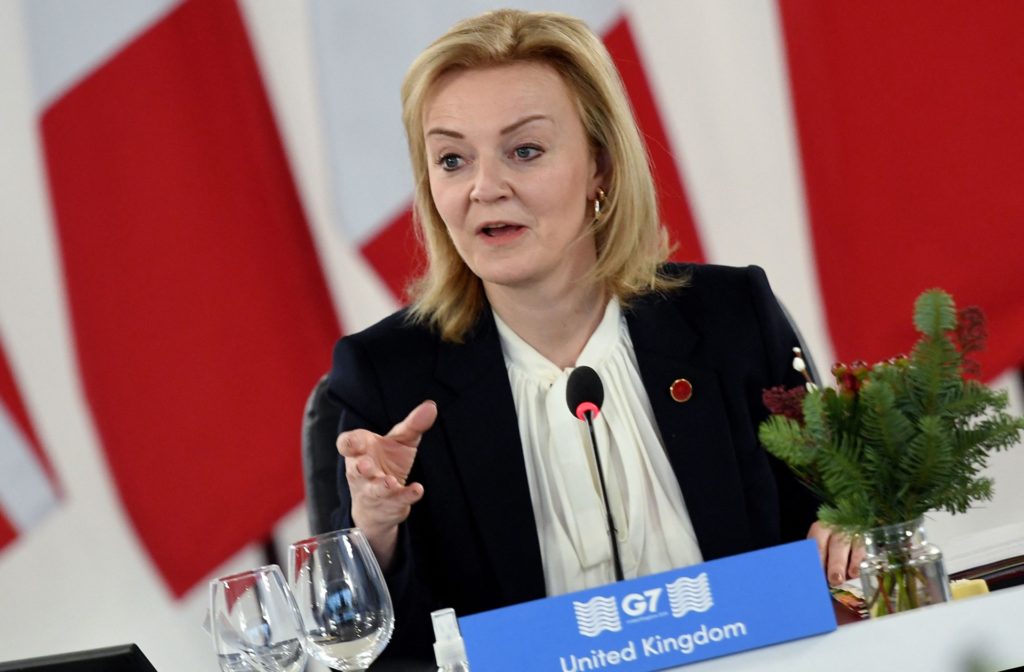 Both the UK and the U.S. have suggested the Nord Stream 2 pipeline, destined to supply natural gas from Russia to Germany, could be included in sanctions if Russia moves into Ukraine.

Sanctioning Nord Stream 2 “would be a great thing to do. It would bolster the case in the eyes of Russia that there will be a price to be paid,” Graham said. “Why would you give Putin a reward when he’s done nothing but be the most destructive force in central Europe?”

Since Russia’s 2014 annexation of Crimea and the emergence of Russian-backed separatist movements in the Donbas, some 14,000 people have died in Ukraine and another 1.5 million have been displaced.

The Guardian newspaper asserted Sunday that Russia is “inching closer to being ready to launch a full-scale ground invasion” of Ukraine, despite talks between Joe Biden and Vladimir Putin aimed at attenuating the crisis.

According to the Conflict Intelligence Team (CIT), an online research group, despite the negotiations between the two leaders, “the concentration of Russian troops in the areas bordering the territory controlled by the Ukrainian authorities continues.”