ROME, Italy — Pope Francis extolled the virtue of humility Thursday while denouncing those who find “reassurance” in clinging to liturgy, doctrine, and devotion.

“We all know that the mystery of Christmas is the mystery of God who enters the world by the path of humility,” the pope said in his yearly Christmas address to members of the Roman curia. “Our times seem either to have forgotten humility or to have relegated it to a form of moralism, emptying it of its explosive power.”

“Yet if we had to express the entire mystery of Christmas in a word, I believe that humility is the one most helpful,” he continued, because “the King of kings enters the world not by attracting attention, but by causing a mysterious pull in the hearts of those who feel the thrilling presence of something completely new, something on the verge of changing history.”

“The moment comes in each individual’s life when he or she desires to set aside the glitter of this world’s glory for the fullness of an authentic life, with no further need for armour or masks,” he stated.

“Christmas is a time when each of us needs to find the courage to take off our armour, discard the trappings of our roles, our social recognition and the glitter of this world,” he added.

“Once we strip ourselves of our robes, our prerogatives, positions and titles, all of us are lepers, all of us are in need of healing,” Francis declared. “Christmas is the living reminder of this realization and it helps us to understand it more deeply.”

In what appeared a thinly veiled swipe at conservative Catholics who are distressed that the pope has dramatically restricted the celebration of the traditional Latin Mass, Francis suggested that such attachments are really a manifestation of “spiritual worldliness” and pride. 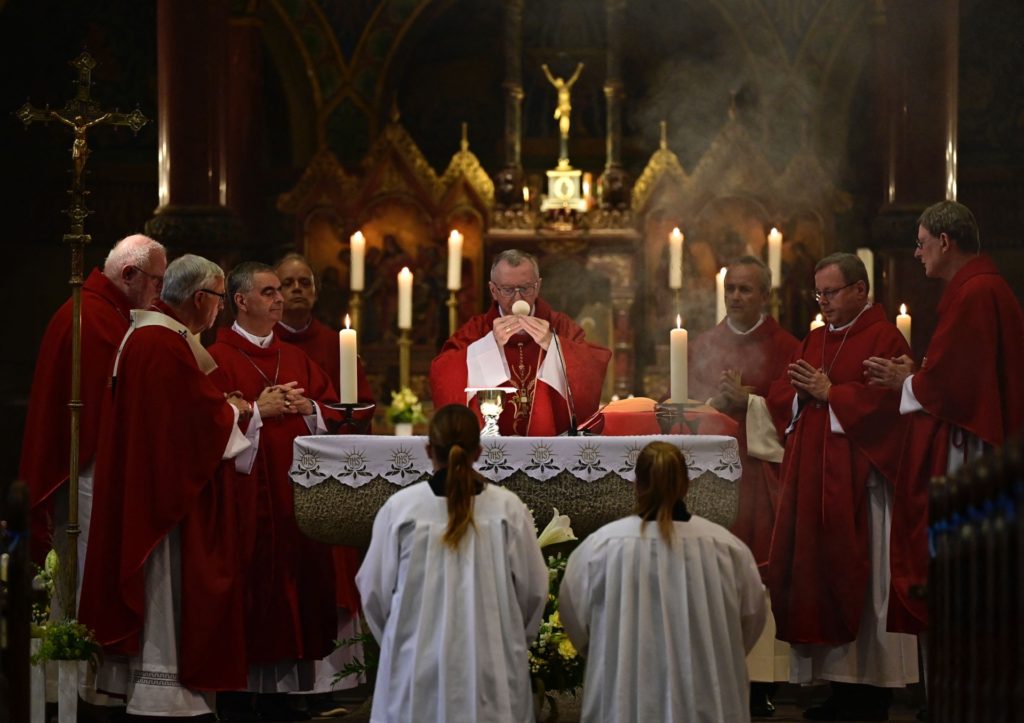 Catholic mass at the Saint Johannes Basilika in Berlin on June 29, 2021. (Photo by TOBIAS SCHWARZ/AFP via Getty Images)

“This is the dangerous temptation,” he stated, “of a spiritual worldliness that, unlike all other temptations, is hard to unmask, for it is concealed by everything that usually reassures us: our role, the liturgy, doctrine, religious devotion.”

“Lacking humility, we will look for things that can reassure us, and perhaps find them, but we will surely not find what saves us, what can heal us,” he proposed. “Seeking those kinds of reassurance is the most perverse fruit of spiritual worldliness, for it reveals a lack of faith, hope and love; it leads to an inability to discern the truth of things.”

“We all know that the opposite of humility is pride,” the pope said, and “those who live by pride will find themselves deprived of the most important things in life: roots and branches.”

“That is the way of the proud who, enclosed in their little world, have neither past nor future, roots or branches, and live with the bitter taste of a melancholy that weighs on their hearts as “the most precious of the devil’s potions,” he said.

“The humble – humble men or women – are those who are concerned not simply with the past, but also with the future, since they know how to look ahead, to spread their branches, remembering the past with gratitude,” he declared.

“The proud, on the other hand, simply repeat, grow rigid – rigidity is a perversion, a present-day perversion – and enclose themselves in that repetition, feeling certain about what they know and fearful of anything new because they cannot control it,” he said.

“The humble allow themselves to be challenged,” Francis said. “They are open to what is new, since they feel secure in what has gone before them, firm in their roots and their sense of belonging.”