In a speech this weekend for the annual March for Life published Monday by the National Catholic Register, Archbishop Cordileone warned of a new pagan religion that takes the form of “a hyper-aggressive, anti-Christian kind of a secularism.”

“This is all around us nowadays, and this kind of secularism has all the marks of a religion: infallible dogmas, rituals, saints, creedal statements and condemnation of heretical teachings along with punishment of the heretics who hold them and dare to speak them in public, index of forbidden books, even sacraments,” Cordileone said.

“The new secular religion of our own time takes on this practice in an almost sacramental way: indeed, abortion has become, for them, their blessed sacrament, what they hold most sacred, the doctrine and practice upon which their whole belief system is built,” the archbishop said. 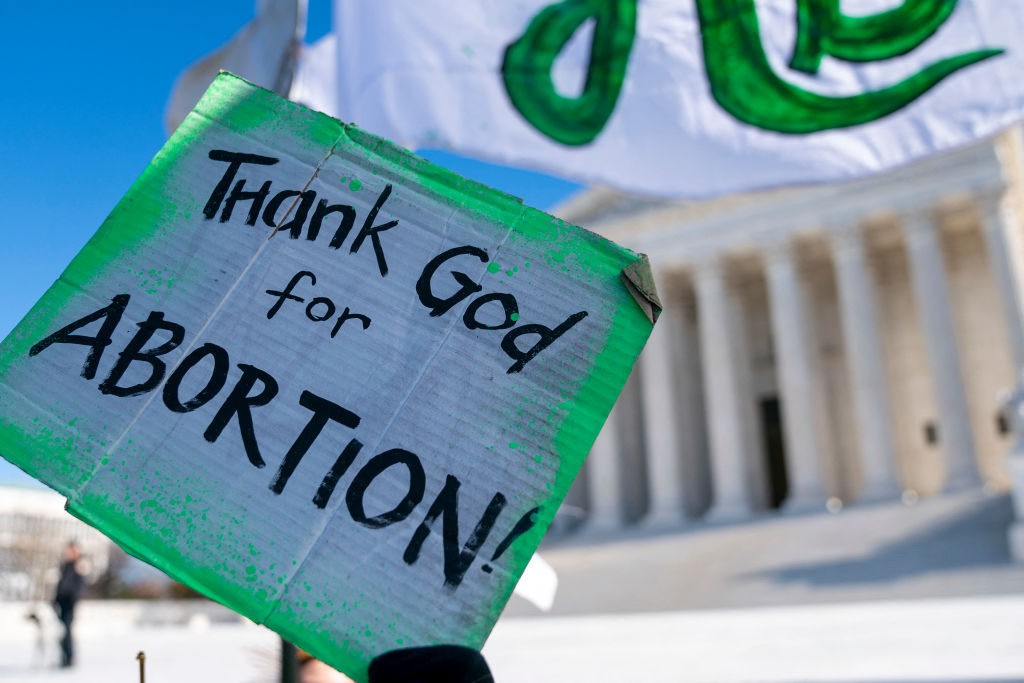 Pro-choice activists participate in a “flash-mob” demonstration outside of the U.S. Supreme Court on January 22, 2022 in Washington, DC. (ALEX EDELMAN/AFP via Getty Images)

“That is why we see such visceral and violent reaction to any even minimal regulation of abortion in the law, regulations that even those who believe it should be kept legal would see as reasonable, such as informed consent and parental consent,” he said.

Cordileone noted that the first group to challenge the Texas Heartbeat Bill was the Satanic Temple, which “should come as no surprise.”

They “need abortion to carry out their religious rituals,” he declared.

In his speech, the archbishop compared this new paganism to “demonic, religions of the ancient biblical world,” particularly that of the Canaanites, who sacrificed their babies to Molech.

“Molech was the god of the ancient Canaanites, inhabitants of the same land as the Israelites, to whom they sacrificed their children,” Cordileone noted. 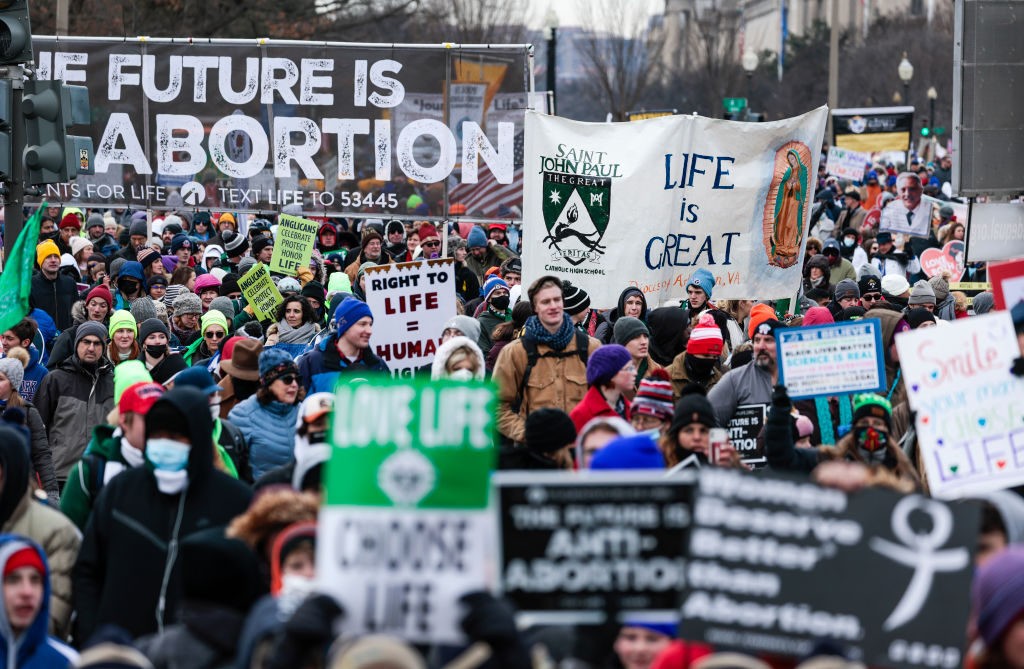 Activists march to the Supreme Court during the 49th annual March for Life rally on the National Mall on January 21, 2022 in Washington, DC. The rally draws activists from around the country who are calling on the Court to overturn the Roe v. Wade decision that legalized abortion nationwide. (Anna Moneymaker/Getty Images)

Sadly, many of God’s people did not listen and rather “went over to this horrendous practice of their pagan neighbors,” he added.

In the same way, how many people are there “who claim to be Christian and yet have been mindlessly co-opted by the new secular religion and its false blessed sacrament?” Cordileone asked.

“They are like the Israelites of ancient times who gave themselves over to the worship of Molech,” he stated. “But there is only one Blessed Sacrament; to live as if there were two brings desecration of what is sacred on both fronts: the Bread of Life on the altar and human life in the womb.”