President Joe Biden issued a health warning Sunday, cautioning “everybody” should be concerned about the cases of monkeypox now being detected both in the U.S. and in Europe.

The U.S. has vaccines ready to deploy that are “relevant to treating monkeypox,” a government national security adviser later further confirmed.

Biden spoke with reporters before departing Osan Air Base in South Korea for Japan, admitting his health advisers had not yet briefed him on the “level of exposure” of the disease, however he was assured it would be “consequential.”

“They haven’t told me the level of exposure yet, but it is something that everybody should be concerned about,” Biden said, The Hill reports. “We’re working on it hard to figure out what we do and what vaccine, if any, may be available for it.”

“But it is a concern in the sense that if it were to spread, it’s consequential.  That’s all they have told me,” the president added.

Monkeypox is rarely identified outside of Africa, but as of Friday, there were 80 confirmed cases worldwide, including at least two in the United States, and another 50 suspected ones. 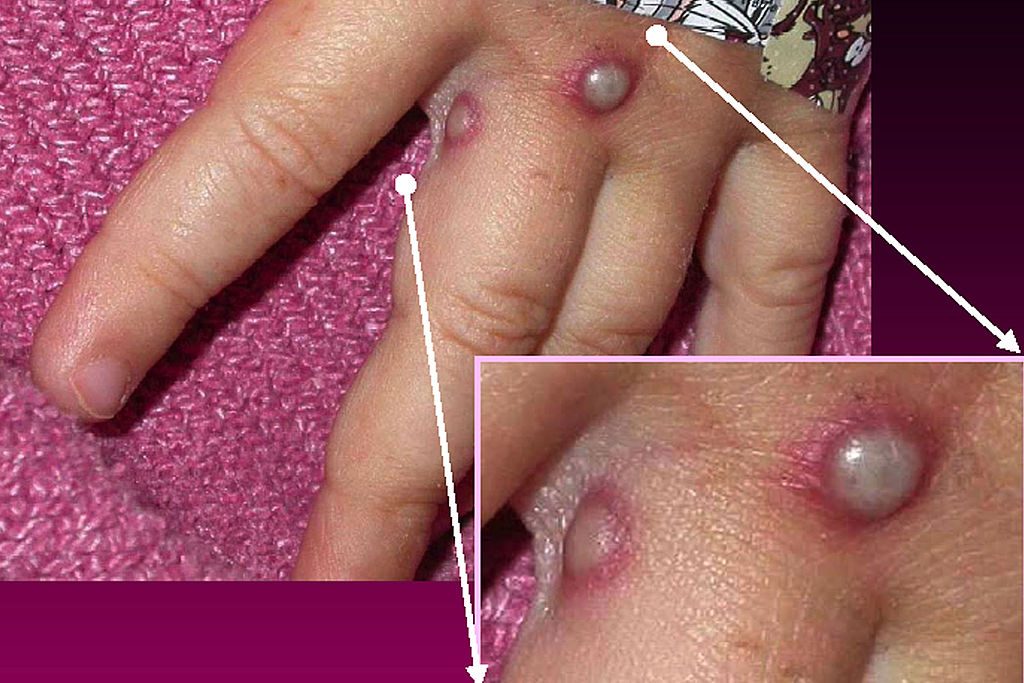 File/In this Centers for Disease Control and Prevention handout graphic, symptoms of one of the first known cases of the monkeypox virus are shown on a patient’s hand May 27, 2003. (CDC/Getty Images)

Sullivan said he has been briefing Biden, who is currently on a multiday trip to Asia, on the situation based on written updates from the administration’s health officials.

The warning came as on Friday a patient suspected of having monkeypox has tested positive for orthopoxvirus, the broader group of diseases to which monkeypox belongs, in New York City, as Breitbart News reported. 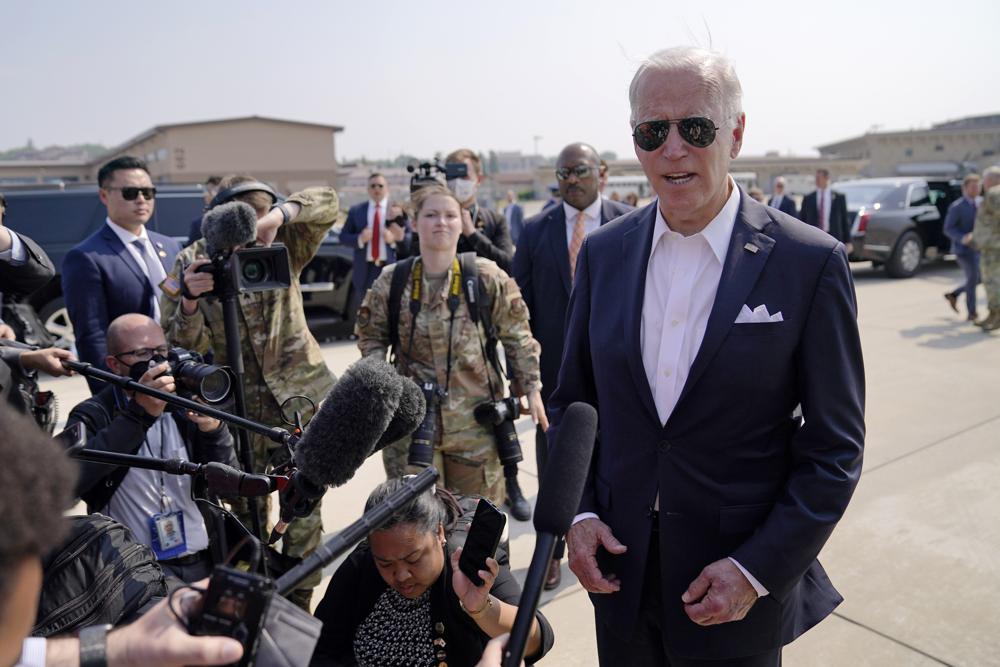 U.S. President Joe Biden speaks before boarding Air Force One for a trip to Japan at Osan Air Base, Sunday, May 22, 2022, in Pyeongtaek, South Korea. (AP Photo/Evan Vucci)

The potential presence of monkeypox – native to central and western Africa – in NYC follows the confirmation of a case in a Massachusetts resident Wednesday who recently went to Canada.

Since May 14, patients with the virus have been confirmed in Canada, the United Kingdom, Spain, and Portugal. The source for the outbreak in continents other than Africa has not been determined, but in the past, cases have typically been associated with travel to the continent or animal bites, the city agency said.

“Many of these global reports of monkeypox cases are occurring within sexual networks,” said poxvirus specialist Inger Damon, MD, Ph.D., according to the U.S. Centers for Disease Control and Prevention [CDC].

“On Monday, the W.H.O. signalled that some of the cases confirmed recently in Britain surfaced among gay men,” the AFP noted.

Australian health officials report their first confirmed case of monkeypox, diagnosed in a traveler who recently returned from Britain. https://t.co/gbj1knlJJs

“People who may have symptoms of monkeypox, particularly men who report sex with other men, and those who have close contact with them, should be aware of any unusual rashes or lesions and contact their healthcare provider for a risk assessment,” the CDC said Wednesday.

Monkeypox spreads in a different way than coronavirus, the W.H.O. noted, specifically through close contact with an infected person or animal. Symptoms of the virus include rashes, fever and swollen lymph nodes.