McALLEN, Texas — Rep. Burgess Owens (R-UT) finds the Democrat Party is failing to acknowledge the issue of unaccompanied alien children (UACs) crossing the U.S.-Mexico border, he told Breitbart News in an interview Wednesday during his two-day trip to Texas.

Owens, a newly elected congressman and member of the House Judiciary Committee, visited McAllen with a congressional delegation of several other Judiciary Committee members to tour border facilities and meet with officials within the Rio Grande Valley. 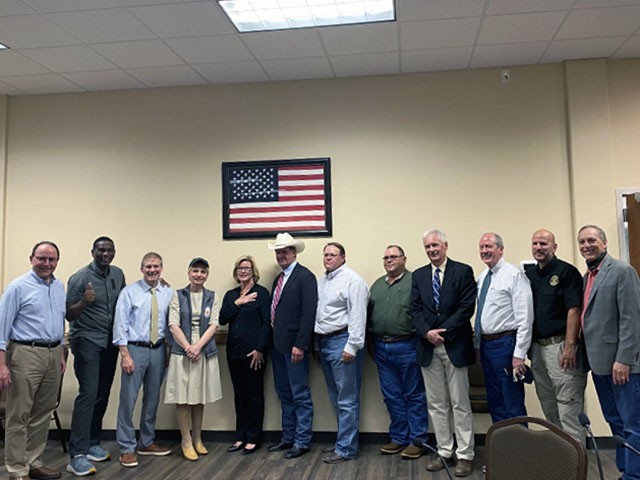 During both the interview and a roundtable with his colleagues and Texas officials just prior to the interview, Owens became tearful as he spoke about a seven-year-old he encountered at a federal facility in Donna that temporarily holds mainly UACs. While a UAC is defined as anyone under 18 years old who has crossed the border illegally without a parent or guardian and many of the UACs are teenagers, Owens was particularly moved after he observed a group of UACs who were girls ages three to seven.

Owens said the children were “sitting there, looking up, sitting on the floor.” He continued, “And I recognize, I think about my grandkids the same ages. They have no idea what the next steps are. They don’t know where their moms and dads are,” adding, as he became choked up, “I think about this young girl, seven years old, slightly autistic, and she could not communicate, but for the 15 or 20 minutes we were there talking with everyone else, she just had tears in her eyes the entire time.”

Photos were prohibited while on the federal facility tour, and, furthermore, media were not allowed to accompany the delegation during it. Aside from a “single event” with select outlets last week, media are currently not allowed access to the facility at all, a Customs and Border Protection (CBP) official confirmed to congressional staff. The Associated Press, which was granted access for that one exception that the federal government had made, released images and videos of the facility, displaying what it described as a “severely overcrowded tent structure.”

Owens suggested Democrats are demonstrating a lack of concern for the UACs, whom Border Patrol agents in the Rio Grande Valley encounter after they are brought into the U.S. by way of smugglers on boats. “We have a party right now that’s all about power,” Owens said. “The more they shut their eyes to this, the more it opens up Americans’ eyes to just where this party’s going and what they’re doing right now. … We cannot have these kids being used the way they’re being used.”

Judiciary Committee ranking member Rep. Jim Jordan (R-OH), who led the delegation on the trip, said during a press conference Wednesday that Judiciary Committee Democrats were invited on the trip and declined the invitation. Breitbart News reached out to committee chair Rep. Jerry Nadler (D-NY) to inquire about the reason for this and did not receive an immediate response.

Owens said, “We have a party right now that really doesn’t want to talk at this particular point. I think the closer we get to 2022, those moderates — quote ‘moderates’ — who truly want to have seats, they’re going to start talking with us because we need to get some solutions done.”