While 300 percent looks good on paper, it is insufficient for a person to feed themselves for a week, let alone survive.

Ten million bolivars, that is the monthly minimum wage a Venezuelan citizen earns as of May 2021 — 7 million bolivars in wages plus an additional three million that correspond to the “Socialist BasketTicket” food bonus. Converting it to U.S. dollars using the socialist regime’s official exchange rate nets you roughly $3.53, the lowest in the region by a longshot.

This marks the 54th minimum wage raise in 22 years of Bolivarian Revolution. Maduro touted the 300-percent increase as a “great sacrifice” that, in practice, won’t get you anywhere in this country. Realistically, a person who earns minimum wage in Venezuela cannot purchase a kilogram of meat anymore or even a single egg per day. You could perhaps purchase a kilogram of corn flour (2.5 million bolivars), a kilogram of rice (3.27 million bolivars), and 500 grams of pasta (1.9 million bolivars), leaving you with only 2,370,500 bolivars, which you could then perhaps spend in twenty subway or bus rides to your workplace (50,000 each) and two cheap bar soaps (640,000 each).

It’s always difficult to talk about Venezuelan bolivars, wages, and prices when hyperinflation has turned the Venezuelan currency into one that constantly bleeds out its value in a manner of days or even hours. By the time you read this, it is very likely that 10 million Bolivars are no longer worth $3.55 and are instead worth much less and, as such, you’re less likely to purchase the same number of items that I described above.

The inhumanly low wages that Venezuelan public sector workers are subject to are part of the socialist regime’s designs, as it is intended to keep them relying on the regime’s sporadic and randomly distributed “Fatherland” bonus stipends and monthly CLAP food boxes.

Ever since the socialist regime eased the regulations that made holding or trading in foreign currency a crime, American dollars have supplanted the Venezuelan currency as the preferred form of payment. Whether you receive them through remittances or as payment, the once demonized capitalist and “imperialist” U.S. dollar is the only way to make it in socialist Venezuela.

Since price tags expressed in Venezuelan bolivars must be updated on a frequent basis due to the still ongoing hyperinflation spiral, most commercial establishments have begun to instead print the values in U.S. dollars, often obviating the dollar sign and substituting it for “Ref.” (reference) or #. 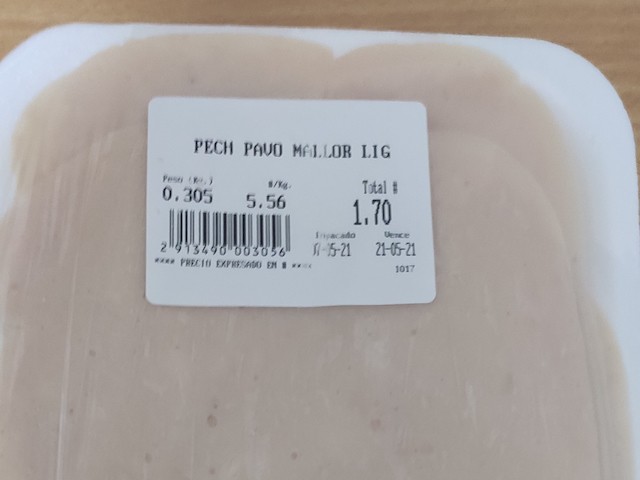 Price in US dollars (subtly denoted by # sign) of turkey cold cuts in Caracas, Venezuela, May 2021. 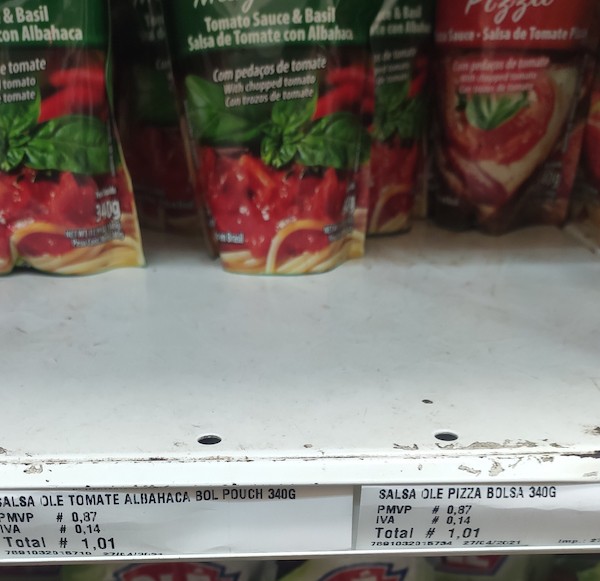 Price of tomato sauce in US dollars (denoted by # symbol) in Caracas, Venezuela, May 2021.

The pseudo-dollarization of the Venezuelan economy has drastically improved private sector wages. Private sector wages do vary per type of work, but on average amount to $70 per month. While much better than public sector wages, this still falls short of the roughly $10.75 that, according to CENDAS (Center for Documentation and Social Analisis), is required by a five-person family to cover their bare-minimum daily expenses.

The schism between public and private sector wages is what has prompted many to stop working for the Venezuelan state and instead seek work in the private sector or become independent workers. According to the ENCOVI project, a project that seeks to assess the livelihood conditions of Venezuela’s citizens, 46 percent of Venezuela’s workforce is part of the public sector as of 2019-2020 — down from 62 percent in 2014.

The regime’s minimum wage raises and the endless treadmill of hyperinflation as a result of the collapse of Venezuela’s Socialism of the XXI Century is a tale that has repeated so many times in recent years, and will continue to do so as time goes on. At the end of the day, it is in the best interests of the Socialist revolution to keep you impoverished, dependent on the revolution and its breadcrumbs, and never out of poverty because, in their own words, you might become an escuálido (a despective term used to refer to those that aren’t with the Revolution roughly meaning “scrawny ones”).

Your best chance for survival in these lands is to cast off much of the material purchases and superfluous acquisitions that you can’t afford in the first place and partake in the non-consumerist life that the socialist regime always advocates for but doesn’t uphold because, in the Supreme Commander of the Revolution’s own words, “being rich is bad” – unless it’s their family.