The government of Paraguay confirmed on Wednesday that it did not accept a request by Ukrainian President Volodymyr Zelensky to address Thursday’s Mercosur summit, a rare rejection of a head of state who has made video appearances at international events critical to war efforts against invading Russia.

Mercosur is a South American trade bloc bringing together Brazil, Argentina, Paraguay, and Uruguay. The summit in question is scheduled to take place on Thursday in Paraguay but will count on the absence of the leader of its largest member, pro-China Brazilian President Jair Bolsonaro, leaving unclear which member of the organization objected to Zelensky’s appearance. 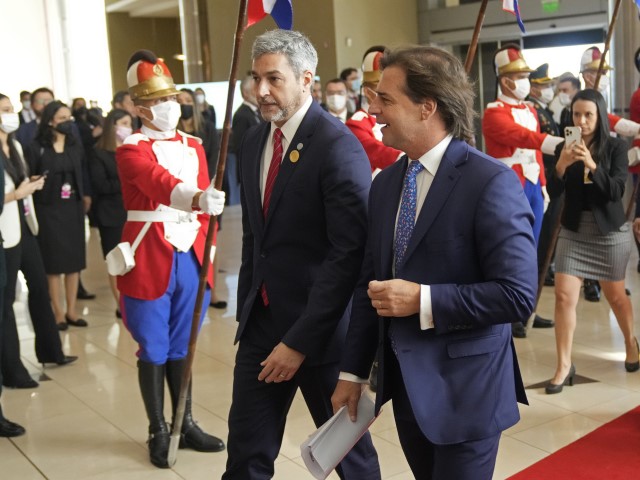 Russia first invaded Ukraine in 2014, colonizing its Crimean peninsula and backing pro-Moscow separatists in the eastern Donbas region. Under Zelensky, however, strongman Vladimir Putin deployed official Russian troops deep into the country in February, bombing the capital, Kyiv, and its suburbs. Ukraine and Russia continue to be engaged in a direct war against each other.

Ukraine has relied heavily on weapons support from abroad to keep the war competitive and has invested significantly in public relations efforts to keep the war at the top of international headlines in the West. Putin, in turn, has invested in alliances with rogue regimes like Iran and China and sales of fossil fuels to neutral countries like India to combat European and American sanctions. The Russian government has also increased its diplomatic attention to Latin American states in the absence of any coherent policy towards the region by the administration of leftist President Joe Biden.

The Paraguayan government confirmed on Wednesday that Zelensky sought to address the Mercosur conference but that the countries had not managed to agree on the matter, effectively rejecting the request. Vice Minister of Economic Relations and Integration Raul Cano Ricciardi told reporters at a press conference that “there was no consensus” and that all four countries had to agree unanimously in such a situation. He did not specify which country or countries had refused to consent to the request.

“Whoever was in favor and whoever was against, I don’t know which state was not in agreement,” Cano claimed. “We also cannot divulge the state that give its consent.”

Cano did note that Ukraine’s ambassador to Argentina made the request.

The decision made Mercosur one of the few entities to reject Zelensky. The Ukrainian president has spoken to a wide variety of venues – from legislatures in Japan, Israel, and America, to elite events like the World Economic Forum (WEF) summit in Davos, Switzerland, to the Grammy Awards and Cannes Film Festival – requesting weapons sales, humanitarian aid, moral support, and other means of aiding Ukraine against Russia. Early in the latest escalation of the invasion, Zelensky repeatedly made requests for an international coalition to impose a “no-fly zone” over Ukraine, which would require foreign militaries to shoot down Russian aircraft, but no country heeded that request and Zelensky eventually stopped making it. 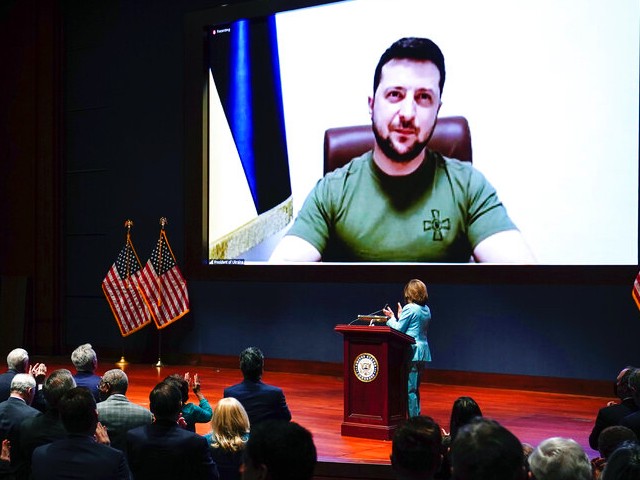 Notably absent from the long list of venues that have welcomed Zelensky to address them are events in Latin America. The region – facing a rising tide of leftist electoral victories after years of economic and social devastation triggered by the response to the Chinese coronavirus – has had a lukewarm reaction to the conflict on the other side of the world, largely attempting to maintain neutrality save for its three dictatorships (Cuba, Venezuela, and Nicaragua), which have backed Russia. Brazil’s Bolsonaro has been perhaps the most vocal leader in the region on the issue, dramatically announcing last week that he had figured out “the solution” to the war but would not tell anyone except Zelensky.

“I’ll tell him my opinion, what I think. The solution to this. I know how it could be resolved. But I won’t tell anyone,” Bolsonaro told reporters. “The solution to this case would be like how Argentina’s war with the UK ended in 1982.”

The Falkland Islands War, which Bolsonaro referenced, was an invasion launched by Argentina that year against the eponymous British islands that ended swiftly with a decisive British victory. Bolsonaro never explained his comparison. 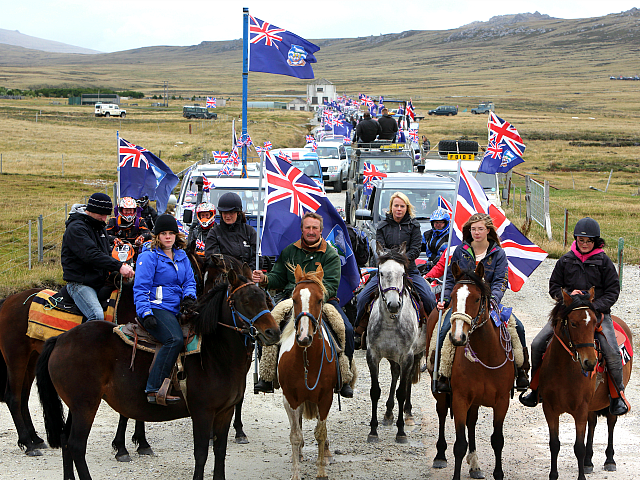 Islanders take part in the “Proud to be British” parade along Ross Road in Port Stanley, Falkland (Malvinas for Argentina) Islands, on March 10, 2013. Falkland Islanders were to vote Monday on the final day of a two-day referendum designed to make clear their staunch desire to remain British despite Argentina’s increasingly bellicose sovereignty claims. (TONY CHATER/AFP via Getty Images)

The Brazilian president, who had previously insisted he was “neutral” on the Ukraine war, spoke to Zelensky last week. The Ukrainian president did not confirm that he had received any instructions on the “solution” to the war.

Had a conversation with President of Brazil @jairbolsonaro. Informed about the situation on the front. Discussed the importance of resuming 🇺 grain exports to prevent a global food crisis provoked by Russia. I call on all partners to join the sanctions against the aggressor.

Multiple news outlets appeared to implicate Bolsonaro in rejecting Zelensky’s request to speak to Mercosur, given that Brazil is part of a separate trade organization with Russia – the BRICS coalition, which also includes China, India, and South Africa – and visited Moscow in February, as the invasion began. Bolsonaro is officially not attending the Mercosur summit, however, leaving him with little reason to have an interest in who addresses it.

In contrast, socialist president of Argentina Alberto Fernández is expected to speak at the summit on Thursday and has attempted to bring his government closer to Russia recently, applying for formal membership into the BRICS coalition. Fernández’s vice president, Cristina Fernández de Kirchner (no relation), supported Putin’s colonization of Crimea when she was president in 2014, claiming that the Ukrainian territory “has always belonged to Russia” and bizarrely comparing it to the Falkland Islands, where public sentiment largely supports remaining part of Britain.

Alberto Fernández has maintained communication with Zelensky, speaking to him in early July and expressing support for “all negotiations that could be undertaken to cease hostilities” and for “dialogue.”