Officials in charge of securing the District of Columbia and the inauguration of President-elect Joe Biden and Vice President-elect Kamala Harris are vetting National Guard troops because of fears some could be supportive of protests against the results of the 2020 election.

That is a considerable task considering an estimated 25,000 National Guard will be stationed in the District for days before and after the event.

The massive undertaking reflects the extraordinary security concerns that have gripped Washington following the deadly Jan. 6 insurrection at the U.S. Capitol by pro-Trump rioters. And it underscores fears that some of the very people assigned to protect the city over the next several days could present a threat to the incoming president and other VIPs in attendance.

In a situation like this one, FBI vetting would involve running peoples’ names through databases and watchlists maintained by the bureau to see if anything alarming comes up. That could include involvement in prior investigations or terrorism-related concerns, said David Gomez, a former FBI national security supervisor in Seattle.

Army Secretary Ryan McCarthy told The Associated Press on Sunday that officials are conscious of the potential threat, and he warned commanders to be on the lookout for any problems within their ranks as the inauguration approaches. So far, however, he and other leaders say they have seen no evidence of any threats, and officials said the vetting hadn’t flagged any issues that they were aware of.

“We’re continually going through the process, and taking second, third looks at every one of the individuals assigned to this operation,” McCarthy told the AP after he and other military official conducted a three-hour military drill.

“The question is, is that all of them? Are there others?” McCarthy said. “We need to be conscious of it and we need to put all of the mechanisms in place to thoroughly vet these men and women who would support any operations like this.”

“According to McCarthy, service members from across the military were at that rally, but it’s not clear how many were there or who may have participated in the breach at the Capitol,” AP reported. “So far only a couple of current active-duty or National Guard members have been arrested in connection with the Capitol assault.”

“If there’s any indication that any of our soldiers or airmen are expressing things that are extremist views, it’s either handed over to law enforcement or dealt with the chain of command immediately,” Gen. Daniel R. Hokanson, chief of the National Guard Bureau, said in the AP report. 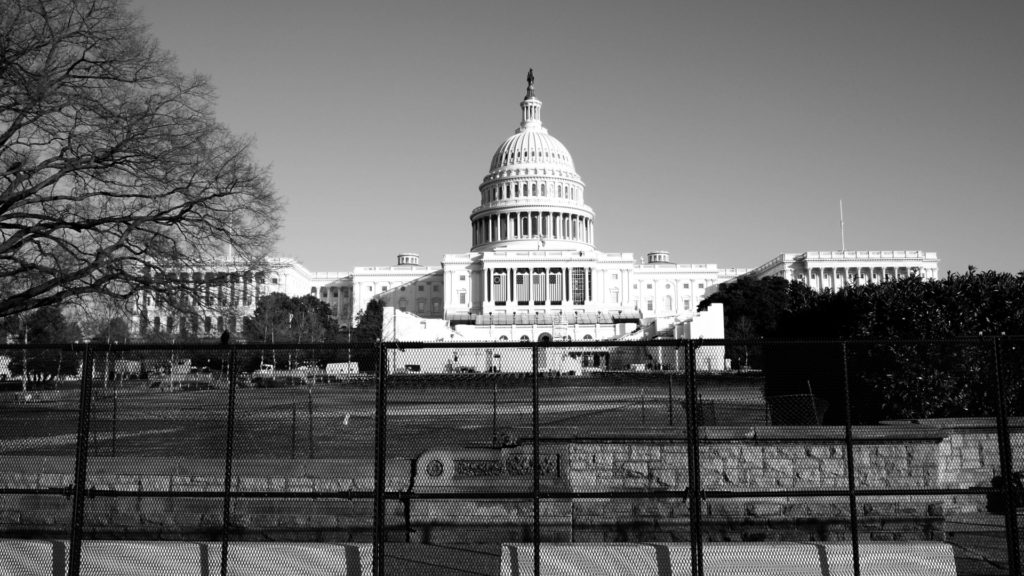 The Secret Service is the lead law enforcement agency in charge of inauguration security but are working with a large network of other agencies, including the National Guard, the FBI, D.C. Metropolitan Police Department, U.S. Capitol Police and U.S. Park Police.

AP reported the majority of Guard members will be armed and have been training on how to use force properly if necessary.

McCarthy said the main goal is to have the transfer of power remain peaceful.

“This is a national priority,” McCarthy said. “We have to be successful as an institution,” said McCarthy. “We want to send the message to everyone in the United States and for the rest of the world that we can do this safely and peacefully.”