The Royal Air Force proudly took to the skies over Israel as the Jewish state celebrated its 70th birthday with a dramatic flypast.

An RAF Hercules C130 was chosen to participate in the Israel Independence Day flyover that traversed the Sea of Galillee and the Tel Aviv and Haifa coasts. The transport flew alongside Israeli jets, and other assorted warplanes from at least four other countries. 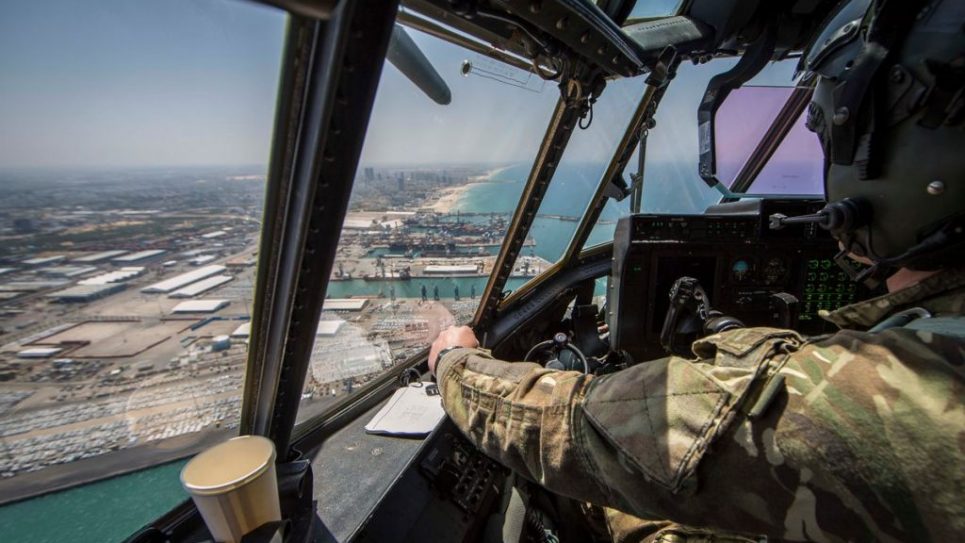 The Israeli coast viewed from the RAF C130 plane which took part in the flyover. @UKinIsrael on Twitter

The British Embassy tweeted its support: “The Royal Air Force marking its 100th anniversary this year took part in the flypast over Israel alongside the Israeli Air Force that is celebrating 70 years to its establishment”.

The @RoyalAirForce marking its 100th anniversary this year took part in the flypast over Israel alongside the Israeli Air Force that is celebrating 70 years to its establishment pic.twitter.com/8vOHti6i9M

Prime Minister Theresa May also sent a message of congratulations, saying: “Best wishes to those celebrating the 70th Anniversary of the State of Israel. Israel is a close friend and partner of the UK and we fully support Israel as a Jewish Homeland. We look forward to continuing cooperation between our two countries.”

Foreign Secretary Boris johnson said: “Mazal Tov from the UK to the State of Israel on its 70th anniversary. Israel is a close friend and ally, and our relationship continues to go from strength to strength.”