TEL AVIV – Hundreds of people attended the funeral of an IDF soldier killed by a Palestinian rock thrower during a raid in the West Bank overnight Tuesday.

Both parents eulogized their only son.

“My son is a hero,” Amit Ben-Ygal’s mother sobbed over her his grave at the Beer Yaakov cemetery. “I’ll be strong, watch over us from above.”

Ben-Ygal’s father said: “Amit isn’t an only child. He has millions of other siblings who are sad, who respect him and who know our lives in the Land of Israel depend on the courage of Amit and his friends.” 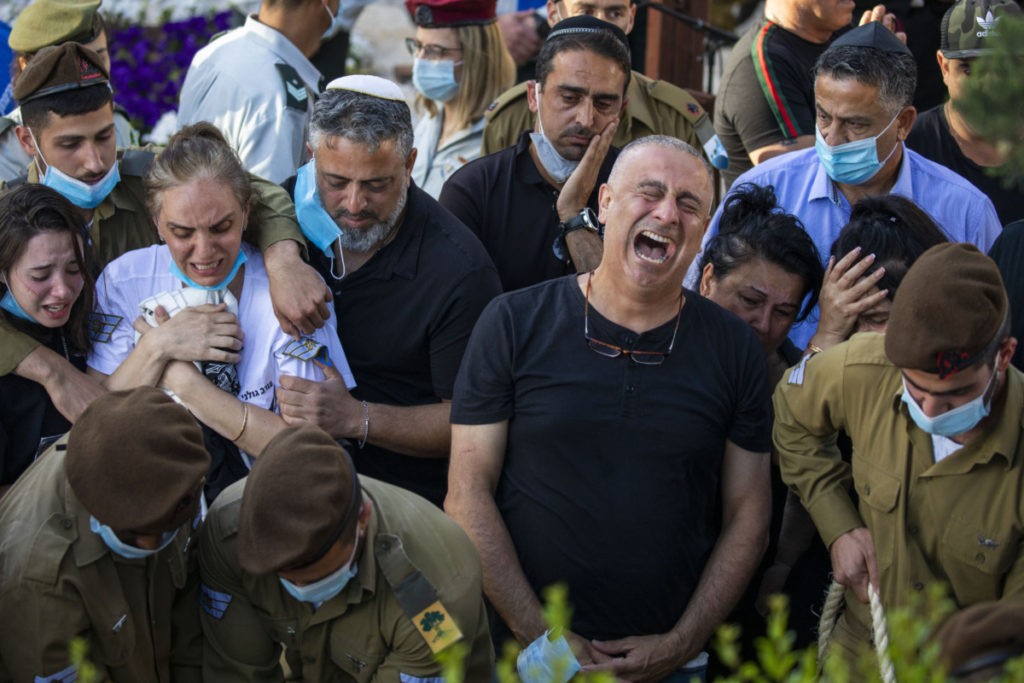 Baruch, right, and Nava, left, parents of Israeli army Staff Sgt. Amit Ben-Yigal grieve during his funeral as soldiers and family wear face masks to protect against the spread of the coronavirus in Beer Yaakov, Israel, Tuesday, May 12, 2020. (AP Photo/Ariel Schalit)

“Golani soldiers, you’ll go back to fighting and find the terrorist and wicked [person] who did this and together we’ll defeat our enemies,” he said referencing the elite brigade’s reconnaissance unit.

At least 10 residents of the building in Yabed, the Palestinian village where the assailant hurled a rock at Ben-Ygal, were detained.

The Shin Bet security service will interrogate the suspects.

“Soldiers are continuing to search the area and are working to trap the terrorist,” the IDF said.

Earlier, Ben-Ygal’s father told reporters that his “whole life revolved around this boy.”

“In my darkest dream I never believed I’d have the title ‘bereaved father.’ My most precious thing was taken from me,” Baruch Ben-Ygal said.

Children without siblings are exempt from serving in combat units but Ben-Ygal insisted. 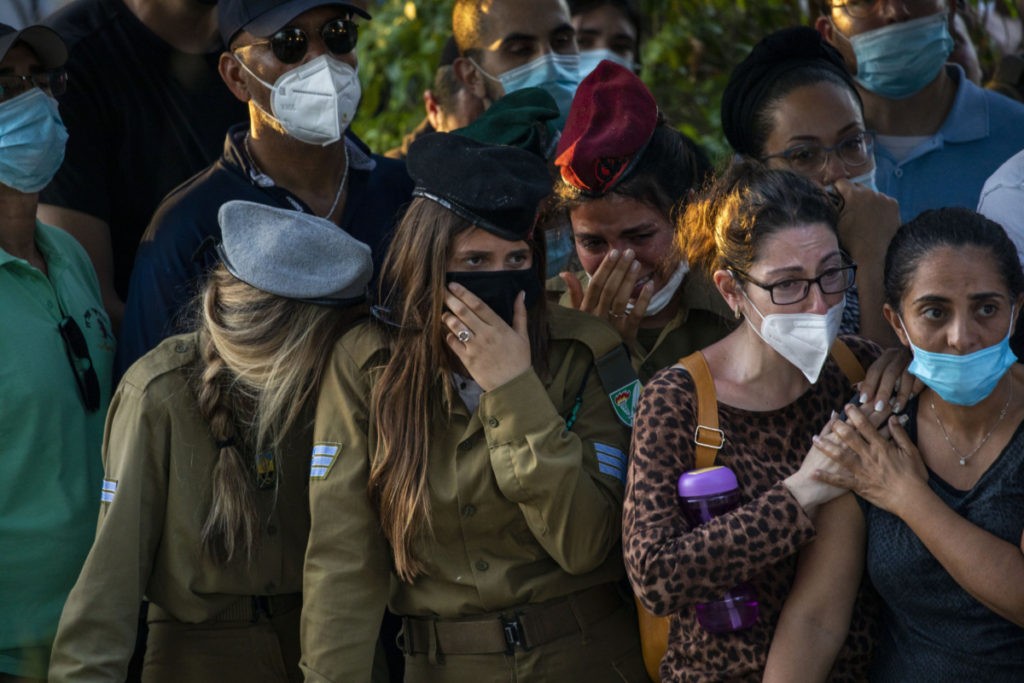 “‘I want to go to a combat unit and have a meaningful service,’ he said. I told him, ‘You’re my only son, I have nothing besides you, not a father, not a mother, you’re the only one I have in this world. I have nothing.’ He said to me, ‘Dad, I’m asking you to sign for me,’” his father said.

“So we drove together to [the military base at] Tel Hashomer, I signed, I hugged him, I said the priestly benediction over him and blessed him, and we laughed and went to eat. Then he told me, ‘I’ll take care of myself.’ He said it maybe 30 times to quiet my conscience,” Baruch recalled.

Ben-Ygal also left behind a girlfriend, Osher Hanum. He told her he had an overnight operation in the West Bank.

“Last night he told me, ‘I love you and I promise to take care of myself,’” Hanum said.

“He had to turn off his phone. I told him I don’t want to hang up, and he said he promises everything will be okay. Then he hung up. In the morning they told me he was dead.

“He loved his country so much. He told me on Memorial Day that if you must die, then do it for your country. He fought hard to get into Golani. All his shirts are Golani reconnaissance. He was proud of his country and sacrificed himself for his country,” she said. 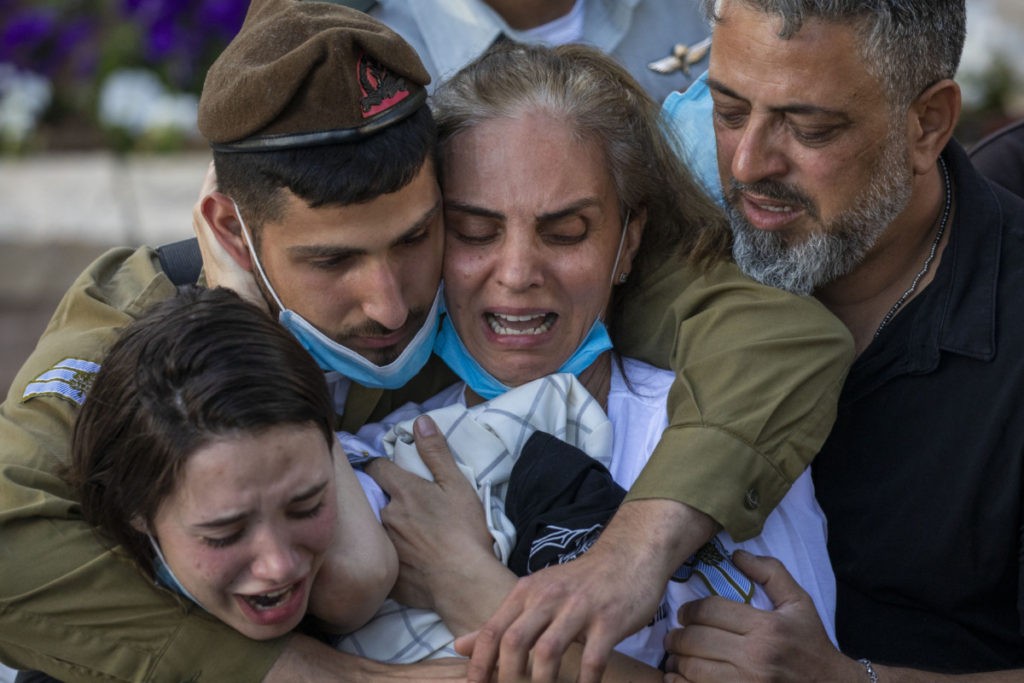 Nava, mother of Israeli army Staff Sgt. Amit Ben-Yigal, grieves during his funeral as soldiers and family wear face masks to protect against the spread of the coronavirus in Beer Yaakov, Israel, Tuesday, May 12, 2020. Ben Ygal, 21, was killed early Tuesday during a West Bank arrest raid when a rock thrown off a rooftop by a terrorist struck him in the head, the military said. (AP Photo/Ariel Schalit)