International rescue teams were still hard at work in Beirut’s port searching for bodies on Friday, a full three days after a cataclysmic blast sent a wave of destruction through Lebanon’s capital, killing nearly 150 people and wounding thousands.

AP reports at least four more bodies have been recovered in the last 24 hours, bringing the total to 149. The blast shredded a large grain silo, devastated neighborhoods near the port and left several city blocks littered with glass and rubble.

French and Russian rescue teams with dogs were searching the port area on Friday, the day after French President Emmanuel Macron visited the site, promising aid and vowing to press for reforms by Lebanon’s long-entrenched political leaders. 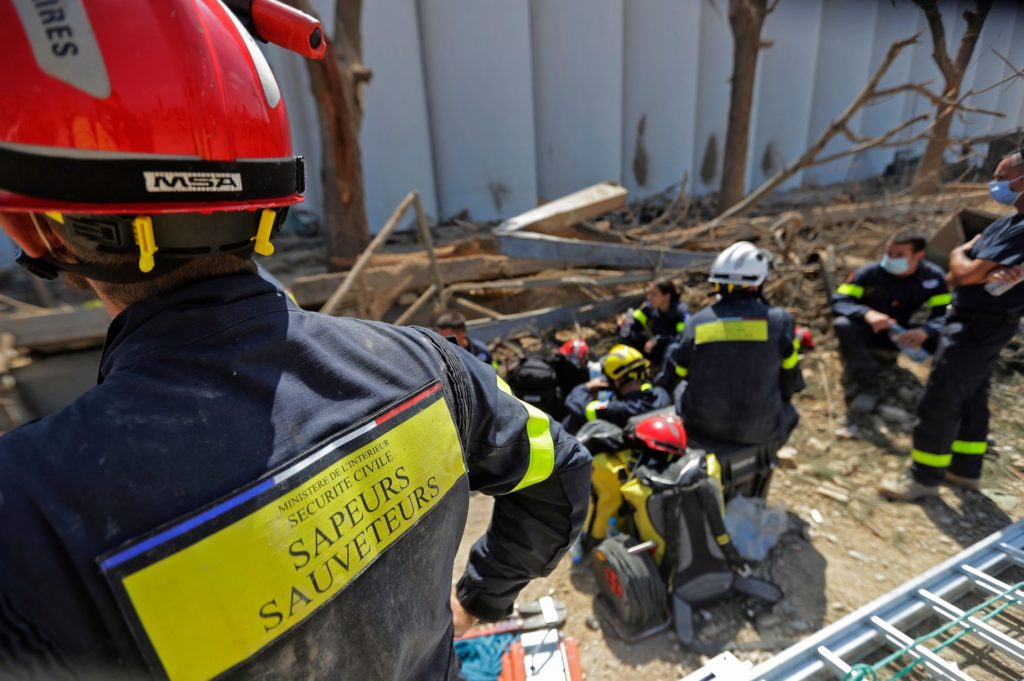 French rescue workers are pictured in the devastated Beirut port on August 7, 2020, three days after a massive blast there shook the Lebanese capital. World leaders have joined the chorus of Lebanese in the country and abroad demanding an international probe into a blast that killed nearly 150 and wounded at least 5,000 people. At least 300,000 were left temporarily homeless, including nearly 80,000 children, the United Nations’ child agency has said, warning that many have been separated from their families. (JOSEPH EID/AFP via Getty Images)

Some 300,000 people — more than 12 percent of Beirut’s population — are unable to return to their homes because of the explosion, which blew out doors and windows across the city and left many buildings uninhabitable. Officials have estimated losses at $10 billion to $15 billion.

Damaged hospitals, already strained by the coronavirus pandemic, are still struggling to deal with the wounded.

The investigation is focusing on port and customs officials, with 16 employees detained and others questioned. But many Lebanese say it points to much greater rot that permeates the political system and extends right to the country’s top leadership.

The explosion came as Lebanon was already knee-deep in its worst economic crisis since the 1975-1990 civil war. 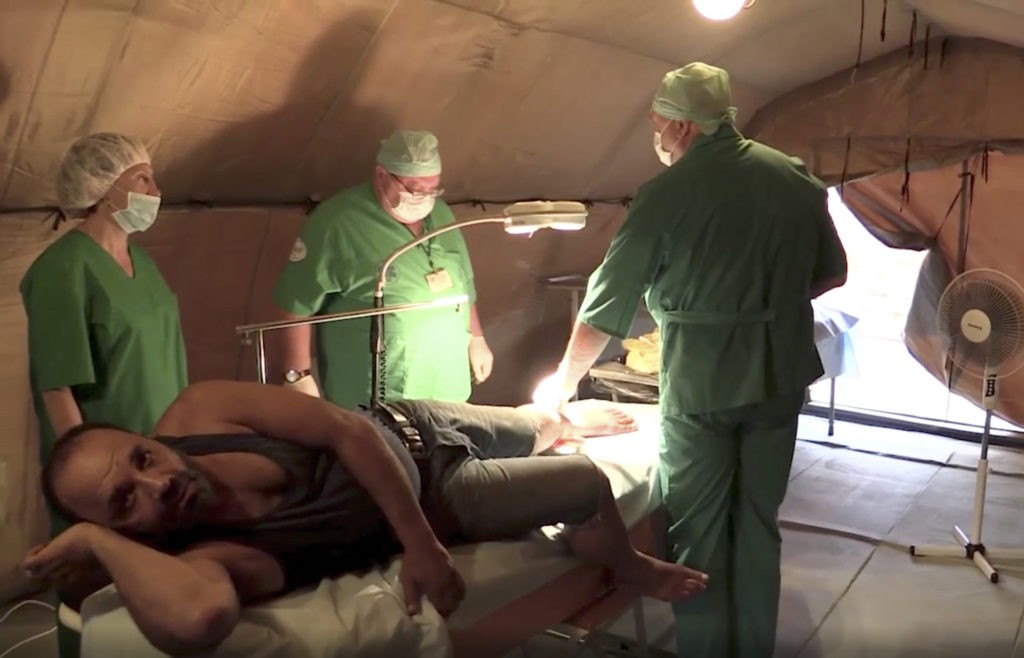 In this photo taken from footage provided by the Russian Emergency Situations Ministry press service, Russian medics treat a patient in a Russian field hospital set up in Beirut, Lebanon, on Thursday, Aug. 6, 2020. Russia’s emergency officials say the country sent five planeloads of aid to Beirut after an explosion in the Lebanese capital’s port.. (AP Photo/Ministry of Emergency Situations press service via AP)

Activists have called for a large anti-government demonstration on Saturday — an event they have titled “hang them by the gallows.”

Thursday’s scuffles erupted as Lebanon’s ambassador to Jordan resigned, saying ‘total negligence’ by the country’s authorities signalled the need for a leadership change.

It is the second such resignation over Tuesday’s blast, after lawmaker Marwan Hamadeh also stepped down on Wednesday.

Meanwhile China has been pinpointed as a possible key to the port’s future as a prominent commentator in Lebanon suggested Beijing could be approached for financial help under the auspices of its Belt and Road Initiative (BRI) initiative.

As Breitbart News reported, the BRI sees China work to gain access to the world’s most important ports, railways, and harbors to bring them under Communist Party control.

When the countries default on their loans, China seizes their assets.