Palestinians stockpiled “slabs, stones, and fireworks” at the Al-Aqsa Mosque in Jerusalem, one of the holiest sites in Islam, for use in attacks against Israelis — and Israeli police face questions about an apparent failure to detect them in advance.

Critics of Israel, and the international media, have portrayed the recent clashes on the Temple Mount, which Muslims call Haram esh-Sharif, as if Israel had attacked the mosques or violated their sanctity. In fact, Israeli riot police entered the holy site to stop Palestinians from launching new attacks from the compound after they did so after prayers on the last Friday of the holy month of Ramadan last week.

The attack against #AlAqsaMosque by Palestinians who hurl rocks and firebombs from a holy place to Islam are indeed a disgrace. pic.twitter.com/7MYUKEG5p9 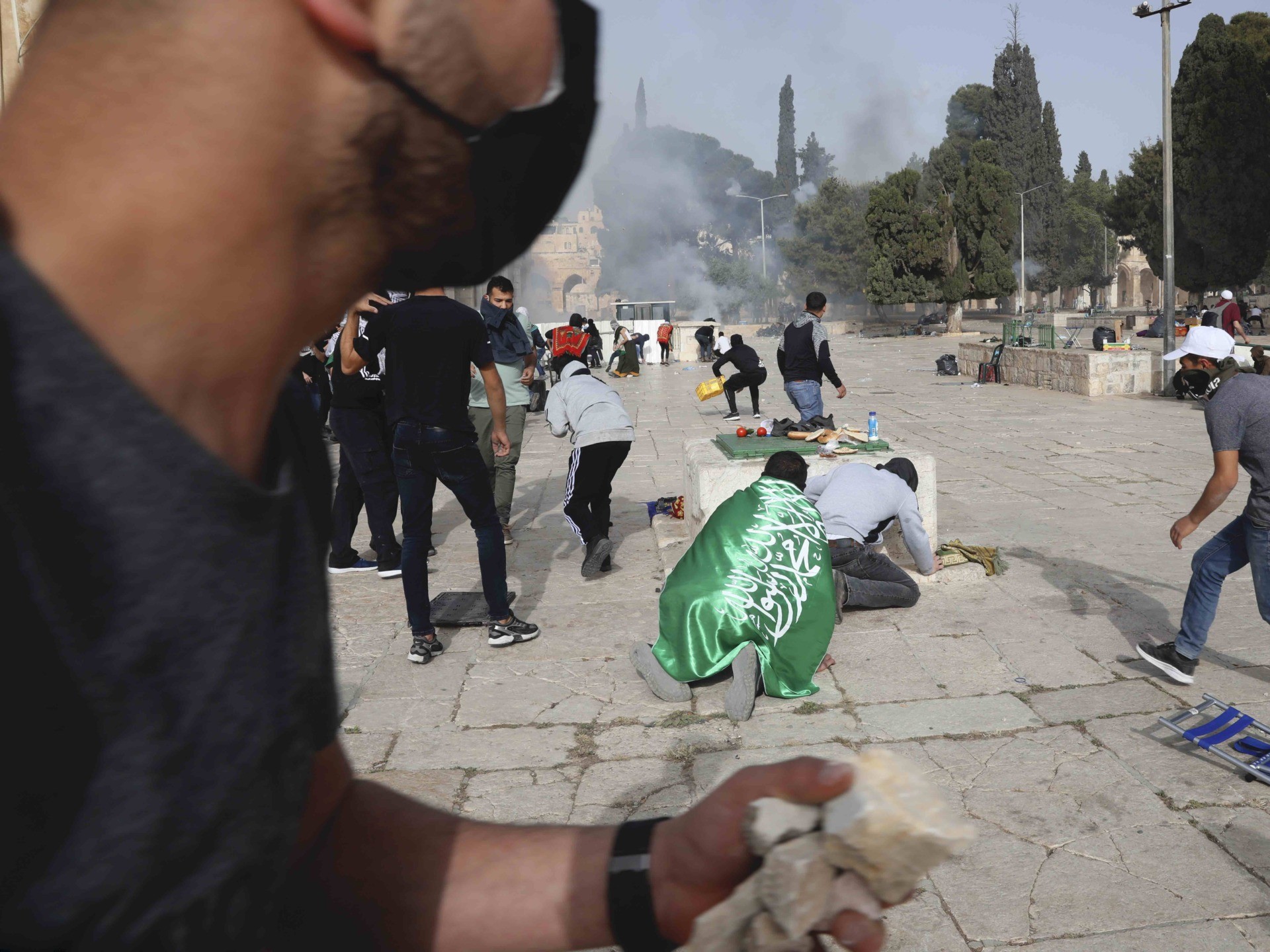 Palestinians clash with Israeli security forces at the Al Aqsa Mosque compound in Jerusalem’s Old City Monday, May 10, 2021. Israeli police clashed with Palestinian protesters at a flashpoint Jerusalem holy site on Monday, the latest in a series of confrontations that is pushing the contested city to the brink of eruption. Palestinian medics said at least 180 Palestinians were hurt in the violence at the Al-Aqsa Mosque compound, including 80 who were hospitalized. (AP Photo/Mahmoud Illean)

Now police face questions about how they failed to detect the stockpile beforehand.

The Times of Israel reports:

In the days leading up to Friday’s mass rioting in the Temple Mount compound Palestinians had stockpiled stone slabs, rocks and fireworks around the site, according to a Saturday television report.

The Channel 12 report indicated police would look into why it had not managed to get wind of the preparations for the violent clashes at the holy site.

The clashes and riots at the compound that hosts the Al-Qasa Mosque followed prayers held there on the last Friday of the Muslim holy month of Ramadan. At least 200 Palestinians and 17 Israeli police officers were wounded during the events.

Clashes continued into this week, with a Palestinian mob attempting to Lynch an Israeli driver Monday, and rocket attacks by Hamas against Israeli civilians Monday evening. Israel’s Iron Dome intercepted many of the rockets, but at least one Israeli died and several were injured. Israel attacked terrorist targets in Gaza in response, killing several; Palestinians claimed that the two dozen casualties included children, though Israel said some of them had been killed by errant Palestinian rockets.