Israeli President Isaac Herzog issued a harsh condemnation against boycotts of Israel after the ice cream makers Ben & Jerry’s announced its plans to end sales in what it termed the “Occupied Palestinian Territory,” calling them “a new kind of terrorism.”

“The boycott against Israel is a new type of terrorism — economic terrorism. Terrorism that seeks to harm Israeli citizens and the Israeli economy. We must oppose this boycott and terrorism of any kind,” the Times of Israel reported Herzog as saying.

However, former deputy IDF chief of staff Yair Golan, from the left-wing Meretz party, disagreed, saying: “As someone who knows terrorism and has been fighting terrorism all his life, what is happening in the international arena is not terrorism.”

“We must fight against the boycott with one hand, and for a two-state solution with the other,” he added. “But using concepts drawn from the world of violence is not the way.”

“An ice cream boycott is not terrorism,” Golan said. 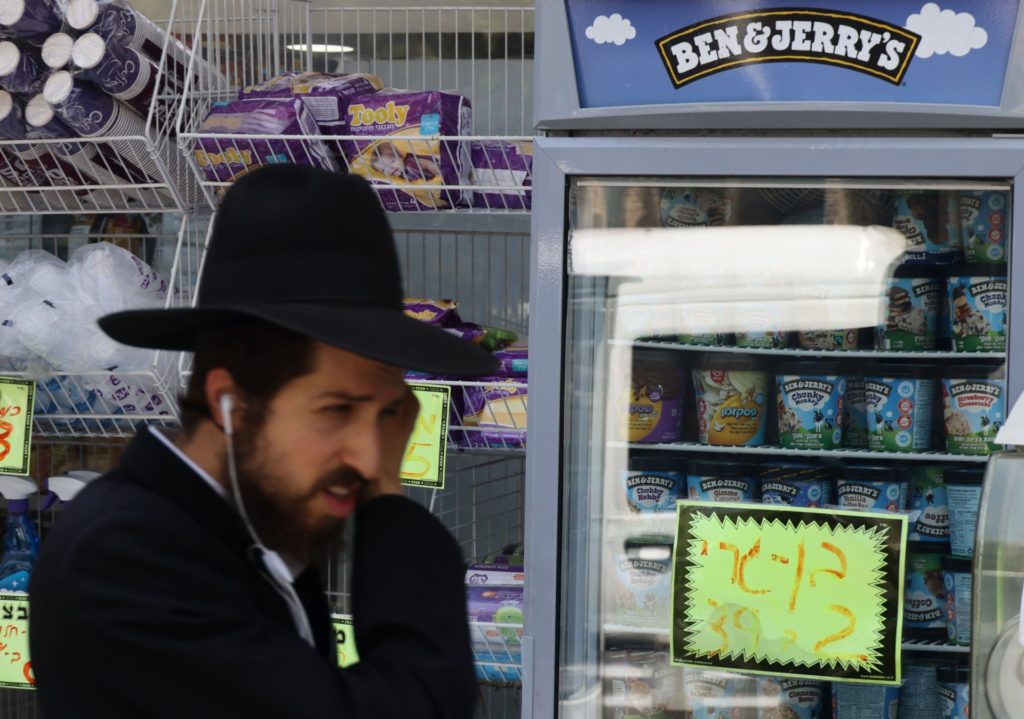 An Ultra Orthodox Jewish man walks by Ben & Jerry’s ice cream in Jerusalem on July 20, 2021. American ice cream-maker Ben & Jerry’s announced on July 19, 2021 they would stop selling their ice cream in the Palestinian territories, saying its sale “is inconsistent with our values.” (AHMAD GHARABLI/AFP via Getty Images)

Herzog declared that Israel would not stop fighting boycotts as well as other means of economic warfare against it.

His remarks echoed those of Israeli Prime Minister Naftali Bennett a day earlier.  Bennett told Alan Jope, the CEO of Unilever – Ben & Jerrys parent company – that the boycott is an “anti-Israel” move that would be fought “vigorously.” 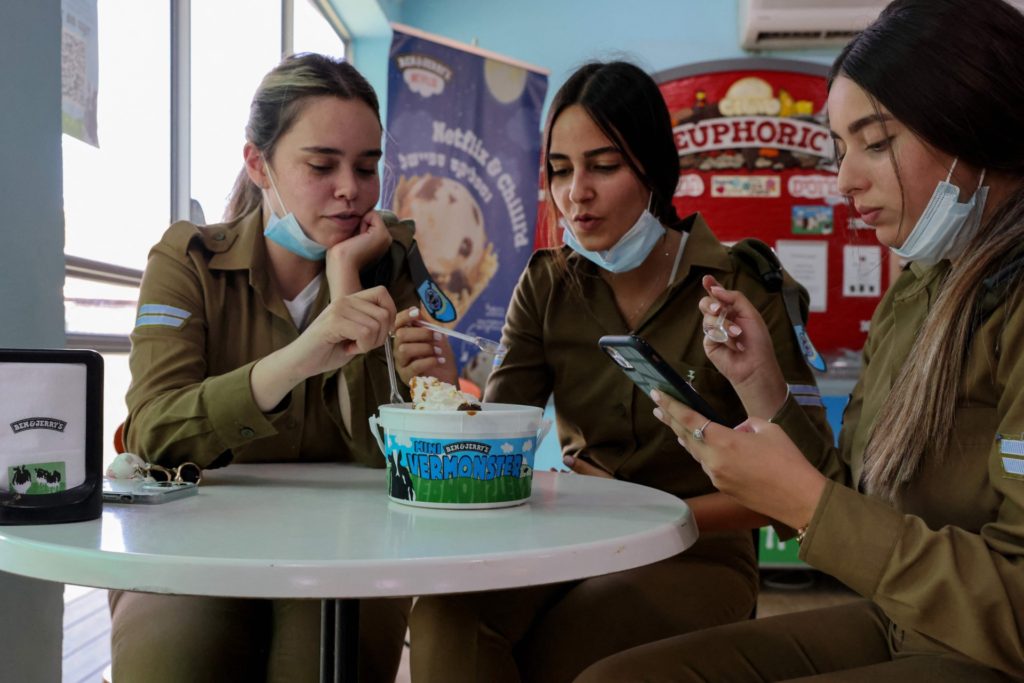 Three Israeli soldiers enjoy ice-cream at a shop inside the Ben & Jerry’s factory in Be’er Tuvia in southern Israel, on July 21, 2021. Ben & Jerry’s announced that it will stop selling ice cream in the Palestinian territories since it was “inconsistent with our values”, although it said it planned to keep selling its products in Israel. (EMMANUEL DUNAND/AFP via Getty Images)

“Obviously it’s a complex and sensitive matter that elicits very strong feelings,” he said. “If there is one message I want to underscore in this call, it’s that Unilever remains fully committed to our business in Israel.”

The Associated Press cited  him as saying that includes a new 35 million euro ($41 million) razor factory and corporate offices and facilities that employ some 2,000 people.

“It’s been a longstanding issue for Ben & Jerry’s,” he said. “We were aware of this decision by the brand and its independent board, but it’s certainly not our intention that every quarter will have one quite as fiery as this one.”