(AFP) —  A 96-year-old former Nazi concentration camp secretary who absconded before her trial was set to begin is due to appear in court in Germany on Tuesday.

The first woman to be prosecuted for Nazi-era crimes in decades, Irmgard Furchner is charged with complicity in the murder of more than 10,000 people at Stutthof camp in occupied Poland.

However an arrest warrant was issued by the court in the northern town of Itzehoe after Furchner left the retirement home where she lives on September 30, as her trial was set to begin, and headed to a metro station.

The pensioner managed to evade police for several hours before being apprehended in the nearby city of Hamburg and temporarily held in custody by authorities. 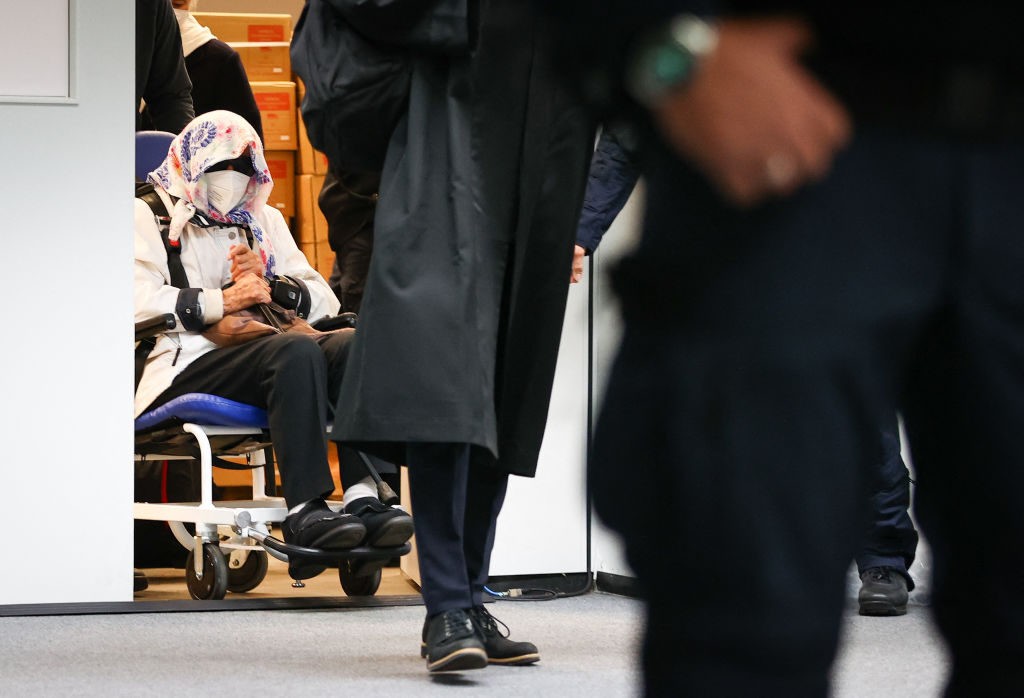 The 96-year-old defendant Irmgard Furchner, a former secretary for the SS commander of the Stutthof concentration camp, sits in a wheelchair as she is lead into the courtroom at the start of her trial at the court room in Itzehoe, northern Germany, on October 19, 2021. (CHRISTIAN CHARISIUS/POOL/AFP via Getty Images)

Furchner was released five days later “under the condition of precautionary measures”, said court spokeswoman Frederike Milhoffer, adding that it was “assured that she (Furchner) will appear at the next appointment”.

According to media reports, the accused has been fitted with an electronic tag to monitor her whereabouts.

Between June 1943 and April 1945, the accused worked in the office of camp commander Paul Werner Hoppe. Prosecutors say she took dictation of the SS officer’s orders and handled his correspondence.

Roughly 65,000 people died at the Stutthof camp near Gdansk, among them “Jewish prisoners, Polish partisans and Soviet Russian prisoners of war”, according to the indictment.

A teenager at the time the alleged crimes were committed, Furchner’s trial is being held in juvenile court.

In a letter sent ahead of her first scheduled hearing, the defendant told the presiding judge of the court that she did not want to appear in person in the dock.

Her ultimate failure to present herself showed “contempt for the survivors and also for the rule of law”, the vice president of the International Auschwitz Committee Christoph Heubner told AFP at the time.

The secretary of the commandant of Stutthof conc. camp was supposed to face charges today for assisting in the murder of 11,000 inmates. Instead she fled. Healthy enough to flee, healthy enough to go to jail!!

Around the same time Furchner fled her trial, a 100-year-old former Nazi concentration camp guard appeared before judges at a court in Neuruppin, northwest of Berlin.

Josef Schuetz, who stands accused of assisting in the murder of 3,518 prisoners at the Sachsenhausen camp between 1942 and 1945, told the court he was “innocent” and “knows nothing” about what happened at the camp.

Along with Furchner, the two are among the oldest defendants to stand trial for their alleged role in the Nazi system. 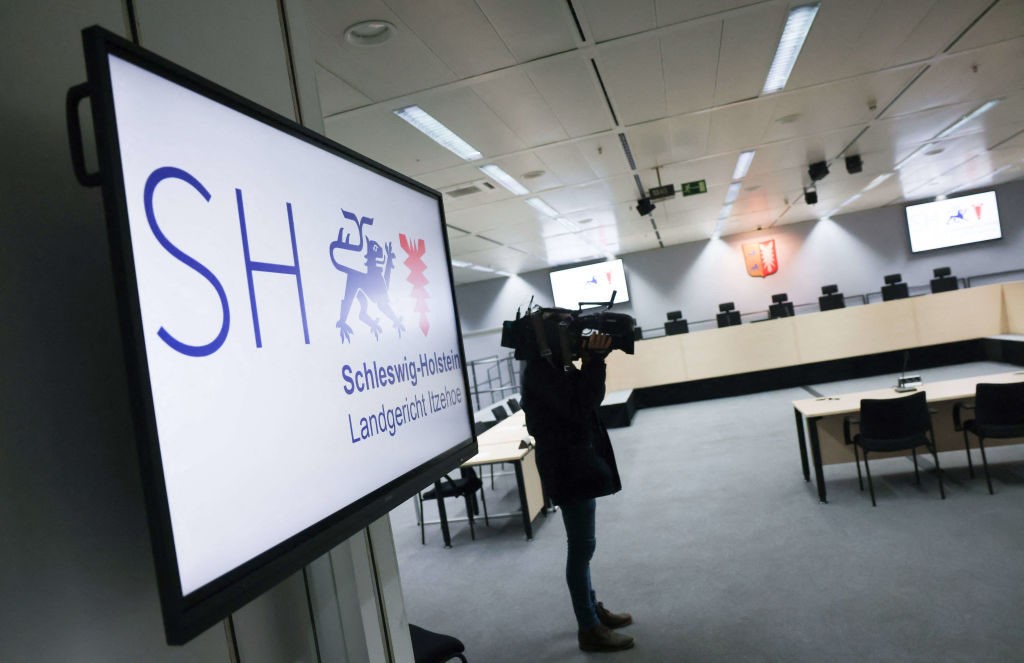 A cameraman films the empty courtroom before the start of the trial of a 96-year-old defendant, a former secretary for the SS commander of the Stutthof concentration camp, in Itzehoe, northern Germany, on October 19, 2021. (CHRISTIAN CHARISIUS/POOL/AFP via Getty Images)

Seventy-six years after the end of World War II, time is running out to bring people to justice.

Prosecutors are investigating another eight cases, according to the Central Office for the Investigation of National Socialist Crimes.

In recent years, several cases have been abandoned as the accused died or were physically unable to stand trial.

The last guilty verdict was issued to former SS guard Bruno Dey, who was handed a two-year suspended sentence in July at the age of 93.