Israeli Prime Minister Naftali Bennett has received an invite from UAE Crown Prince Mohamed bin Zayed Al Nahyan to make an official state visit to Abu Dhabi. It will be the premier’s first since the two countries established ties as part of the Trump-led Abraham Accords last year.

The three discussed expanding ties between the countries and further strengthening the Abraham Accords.

“The stronger the bond between our countries, the stronger the security and stability of the entire region,” said Bennett according to a readout from his office. 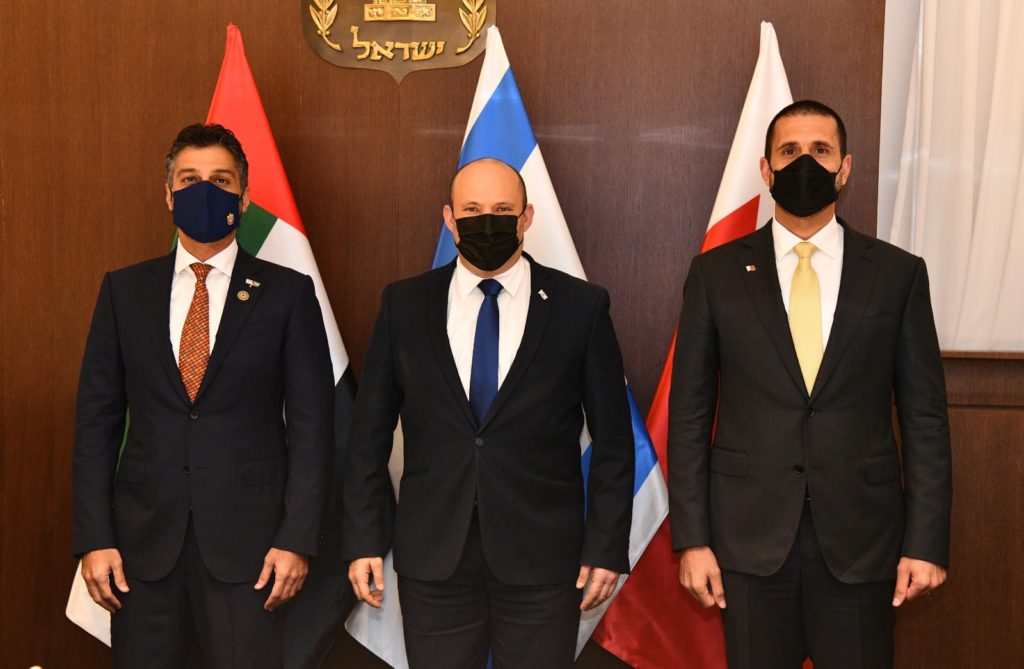 “The secretary reiterated the Biden administration’s support for the Abraham Accords and normalization agreements and discussed future opportunities for collaboration in the region and globally,” he said.

Israel also normalized relations with Morocco and Sudan as part of the Abraham Accords.