Israeli Prime Minister Naftali Bennett and alternate Prime Minister Yair Lapid’s government took a further serious hit on Thursday when another Member of Knesset said in a shock announcement she was quitting. That departure reduces the already teetering coalition to a minority in the Knesset.

Meretz MK Ghaida Rinawie Zoabi, an Arab MK from the far-left Meretz party, sent a letter to Bennett and Lapid saying she no longer be part of a coalition that took “hawkish steps” on issues central to Arab society.

She cited “intolerable” steps taken by Israel over the past month, including its handling of violent Arab riots on the Temple Mount holy site in Jerusalem, and the killing of Al Jazeera journalist Shireen Abu Akleh during a shoot-out between Palestinian terrorists and Israeli troops in the West Bank city of Jenin.

Zoabi also announced she was foregoing her upcoming appointment as Israel’s consul general in Shanghai.

“Unfortunately, in recent months, out of narrow political considerations, the leaders of the coalition have chosen to bolster its right-wing elements,” she outlined in her letter. 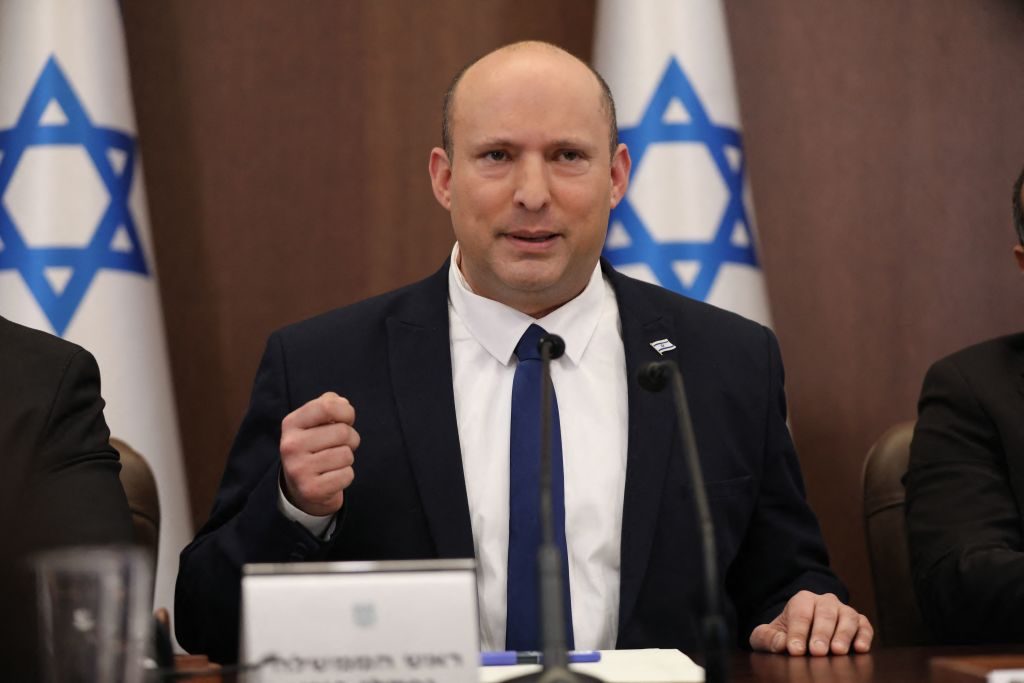 Israeli Prime Minister Naftali Bennett attends a cabinet meeting at the Prime minister’s office in Jerusalem, on May 15, 2022. He now leads a minority government. (ABIR SULTAN/POOL/AFP via Getty)

“No more. I can no longer support the existence of a coalition that harasses the Arabs in such a disgraceful way,” she added.

“When it came to the needs of Arab society and communities, housing, employment and education, they were indifferent,” said Zoabi.

“Bennett and Lapid’s failed government has turned into a minority government,” senior Likud MK Yariv Levin said in a statement. “Now it’s clear the government has lost its right to exist.”

Zoabi was long viewed as troublemaker — even by her own party, the report said. She told an Arab Israeli TV network that she had no intention to vote for a ban on so-called “conversion therapy” for homosexuals, which was a central promise issued the Meretz party during the election campaign, which advocates for LGBT rights and is headed by a Nitzan Horowitz, a gay man.