The U.S. does not want to be “surprised” by any Israeli announcements about building Jewish homes in West Bank settlements, President Joe Biden told Prime Minister Yair Lapid in their first meeting together on Thursday.

The meeting, which lasted about 50 minutes, took place at the Waldorf Astoria Hotel in Jerusalem.

At the end of the meeting, Biden said that the two had an “honest conversation” surrounding the U.S.’ commitments to Israel’s security.

During a visit in 2010, then-vice president Biden was outraged after Israel announced the construction of 1,600 housing units in a Jewish neighborhood of eastern Jerusalem.

The move, Biden said at the time, “undermines the trust we need right now and runs counter to the constructive discussions that I’ve had here in Israel.” 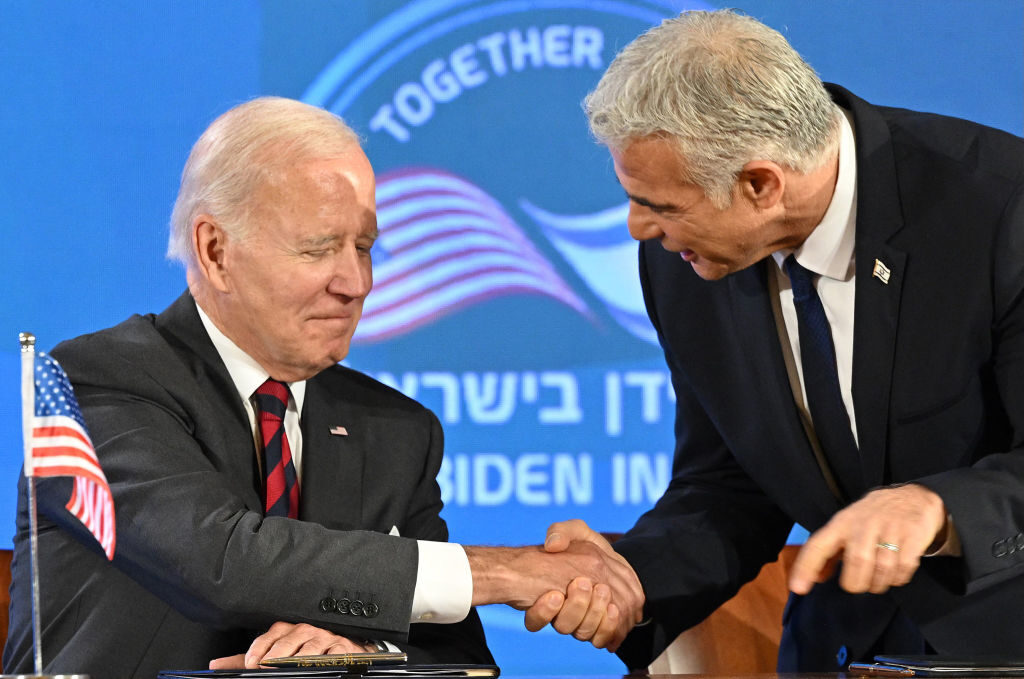 The construction project was subsequently frozen.

In a press briefing following the meeting, the two mentioned that they had discussed baseball. Lapid quipped: “We didn’t even mention Iran or Saudi Arabia.”

Taking a more serious tone, Lapid said the two discussed “the problems and opportunities that exist in the Middle East.”

He mentioned the formation of a “coalition of moderate countries in the region that will face Iran.”

“We think it is not just a matter of Israel, but a global issue,” the prime minister added. 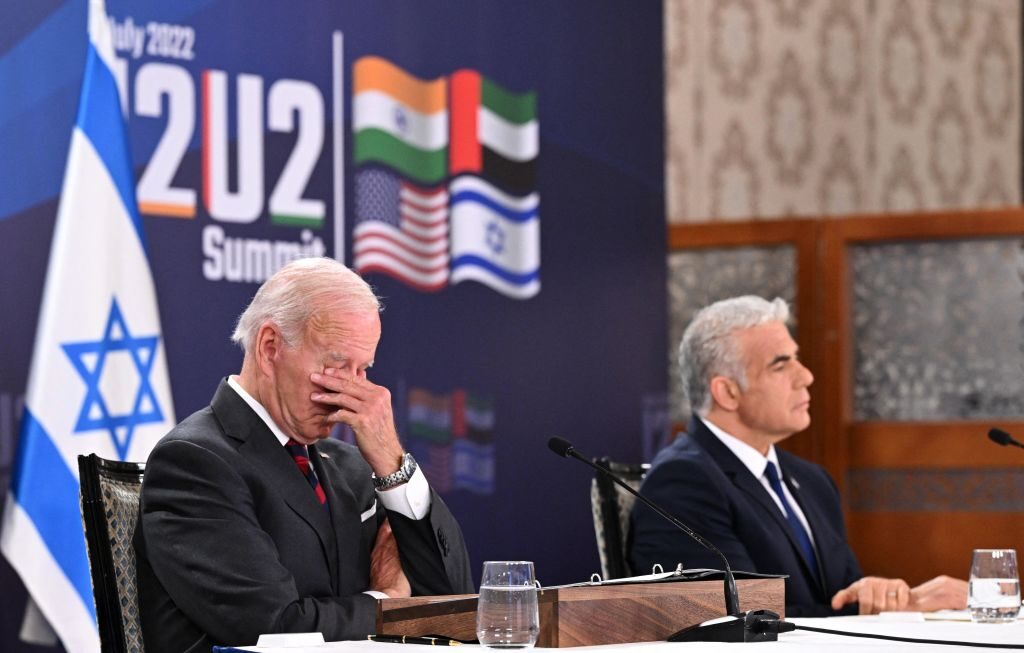 U.S. President Joe Biden (L) and Israel’s caretaker Prime Minister Yair Lapid, take part in a virtual meeting with leaders of the I2U2 group, which includes, U.S., Israel, India, and the United Arab Emirates, at a hotel in Jerusalem, on July 14, 2022. (MANDEL NGAN/AFP via Getty Images)

Biden said: “Folks, I want to thank the prime minister. We had a good beginning of what’s going to be a long, God-willing, relationship, and a conversation about both the problems and the opportunities both our countries face, particularly in the Middle East.”

He said the two discussed the need for “Israel to be totally integrated into the region.”

“The vast majority of the American public, not just my administration, is completely devoted to your security, without any if, ands or buts — without any doubts about it,” Biden said.