Gen. Mazloum Abdi — top military commander for the Kurdish-led, U.S.-allied Syrian Defense Forces (SDF) — said on Wednesday his alliance must suspend operations against the resurgent Islamic State in order to prepare for a potentially massive Turkish invasion that could put hundreds of American troops  in Syria at risk.

“We did not freeze the joint actions against ISIS alongside the international coalition on purpose. But as I say, we had to stop this action as we go because we are under tremendous stress of a possible Turkish incursion into our areas,” Gen. Mazloum told Fox News on Wednesday.

“We believe that we have reached a level where we can foil any new attack. At least the Turks will not be able to occupy more of our areas and there will be a great battle,” Mazloum predicted to the Associated Press (AP) on Wednesday.

“If Turkey attacks any region, the war will spread to all regions … and everyone will be hurt by that,” the SDF commander said.

Mazloum asked the Syrian regime and its Russian patrons to join the U.S.-led coalition to prevent the Turkish invasion.

Another Kurdish official, Sheikhmous Ahmad, said the Turkish bombardments are disrupting the refugee and prison camps he oversees, increasing the danger of a mass ISIS escape.

“The security forces currently have al-Hol camp under control, but that could change if these attacks continued and the detainees could disperse in the area. This would also threaten international security, not just our own,” Ahmad said, referring to the main SDF camp for Islamic State prisoners. 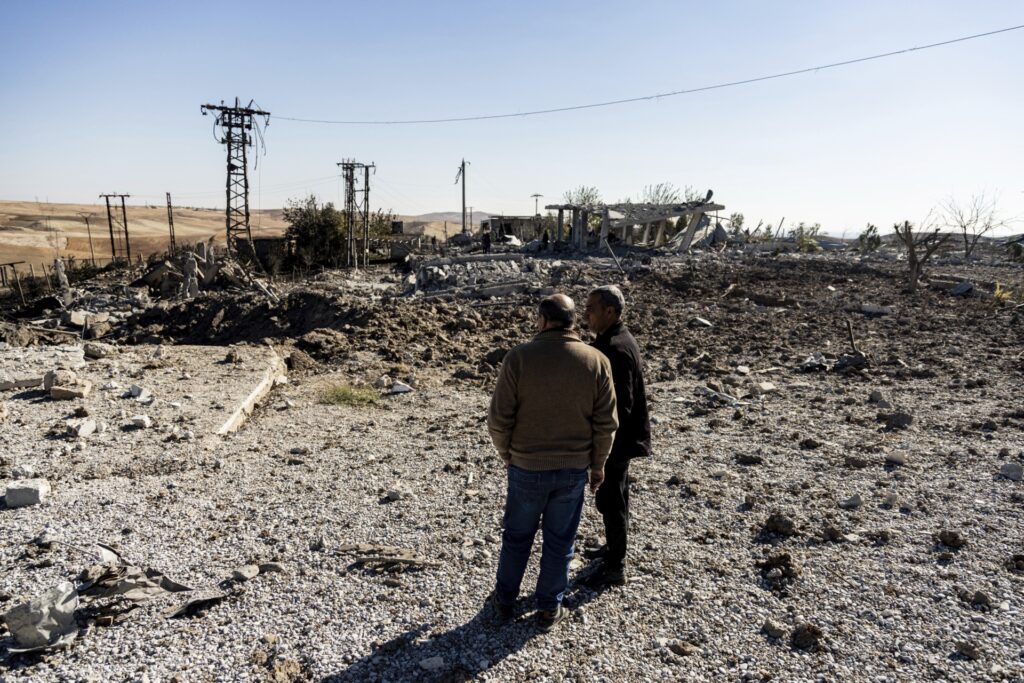 People look at a site damaged by Turkish airstrikes that hit an electricity station in the village of Taql Baql, in Hasakeh province, Syria, Sunday, November 20, 2022. (AP Photo/Baderkhan Ahmad)

In another interview on Wednesday with Politico, Mazloum directly appealed to President Joe Biden to intervene and prevent Turkish President Recep Tayyip Erdogan from carrying out his invasion threats.

“We believe that it is a political and humanitarian responsibility of the administration and the president himself protecting the cities protecting the Kurds and the families of the 12,000 martyrs,” he said, meaning the Kurds who died fighting ISIS. 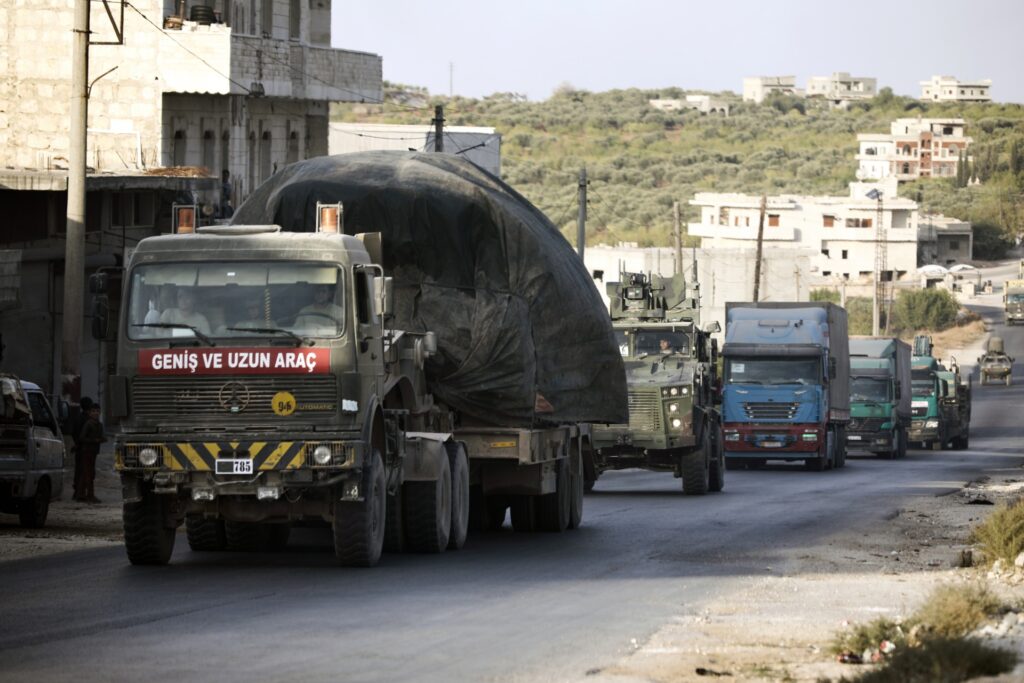 “So far, statements that have been put out are not enough to stop the Turkish plans to launch new operations against us,” Mazloum said.

SDF envoy to the United States Bassam Saker took a more accusing tone in a letter sent to Biden on Wednesday, denouncing the silence from the U.S., Europe, and the United Nations after Turkish attacks killed Kurdish soldiers and civilians. 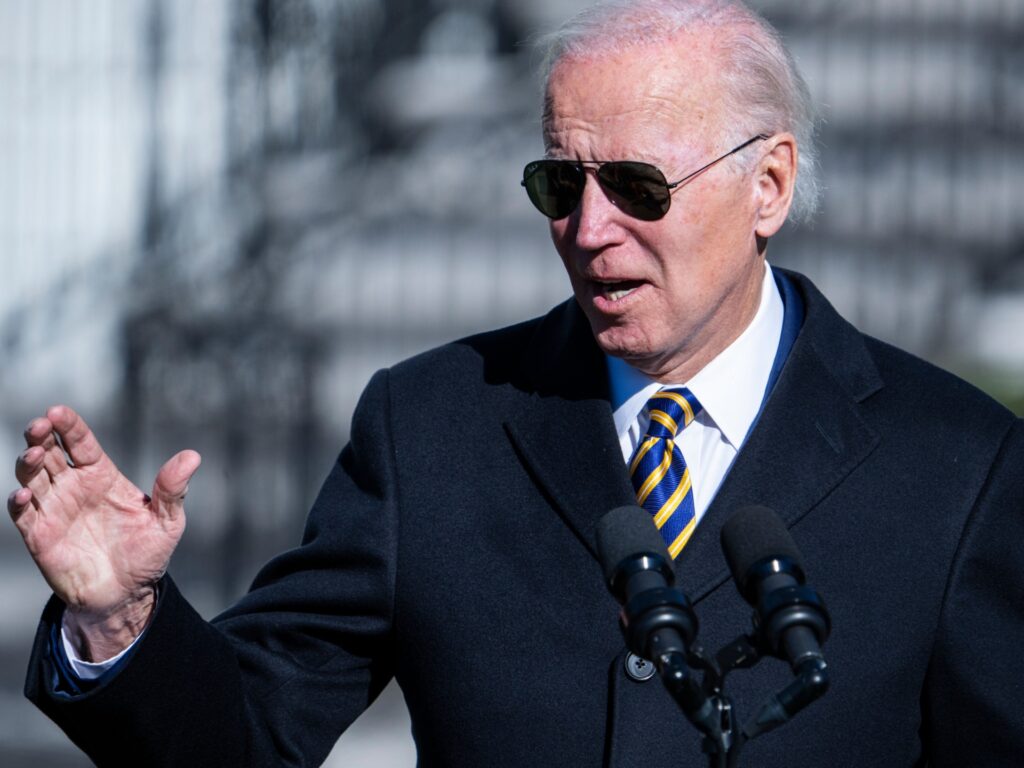 “The United States has stepped aside and allowed these attacks to occur, violating years of partnership. The United States should never treat its alliances so carelessly. Where is the condemnation of the United Nations and the international community? Right now, we hear only silence,” Saker wrote to Biden. 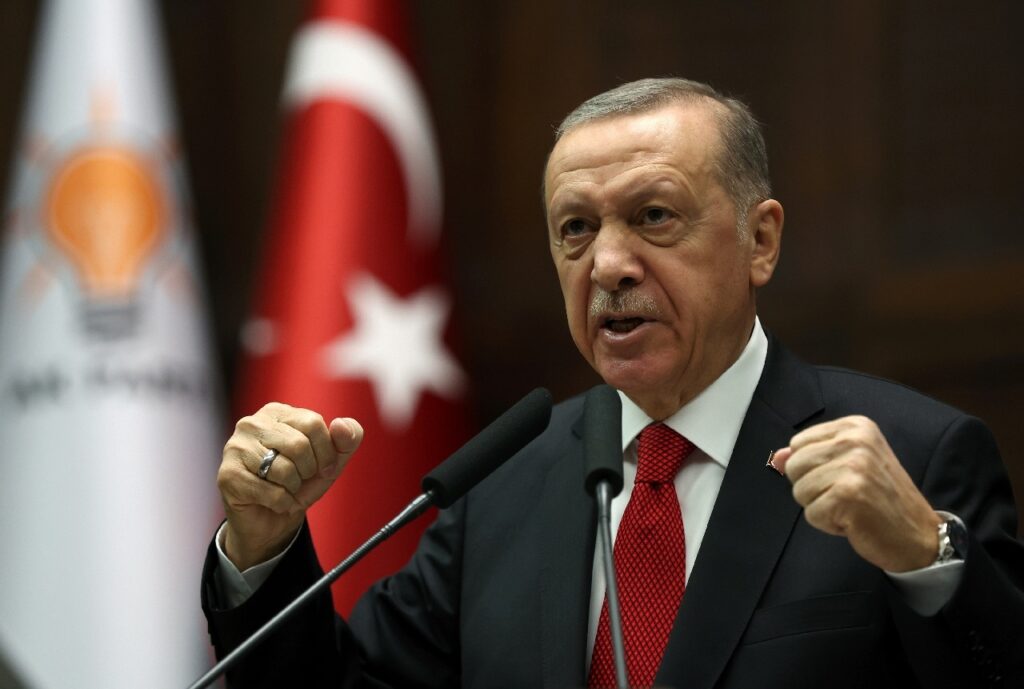 The U.S. Department of Defense (DoD) also said it was “deeply concerned” about potential escalation by Turkey, which is already hammering targets in Syria it claims are linked to the PKK, a violent Kurdish separatist organization regarded by the government of President Recep Tayyip Erdogan as one of the greatest threats to Turkish national security.

“Recent air strikes in Syria directly threatened the safety of U.S. personnel who are working in Syria with local partners to defeat ISIS and maintain custody of more than ten thousand ISIS detainees,” he added.

Ryder was referring in particular to a Turkish drone strike on Tuesday against a base used jointly by the SDF and American forces. Two Kurdish SDF fighters were killed in the attack.

The U.S. Central Command (CENTCOM) initially stated no American personnel were endangered by the attack, but on Wednesday CENTCOM said it has “received additional information that there was a risk to U.S. troops and personnel.”

Turkey launched intense missile and drone attacks against the Syrian Kurds following a November 13 terrorist bombing in Istanbul that killed six people, including two children, and wounded 81 others. Turkish police claim the bomber, a Syrian woman named Ahlam Albashir, is in custody and has confessed to acting on orders from the PKK and the PYD. Syrian Kurdish officials, including Mazloum in his interviews on Wednesday, denied involvement in the bombing and denounced it as an act of terrorism. No claim of responsibility has yet been made by any group.

The PYD is a Syrian Kurdish political party linked to the YPG militia, which was a vital Western ally during the war against the Islamic State. The Erodgan administration claims there is no practical difference between the YPG and the PKK, which the U.S. recognizes as a terrorist organization. As far as Turkey is concerned, every armed Kurd in the region near the Turkish border is part of the PKK, including Gen. Mazloum’s SDF forces.

Turkish officials have spoken with increasing frequency and energy this week about launching another ground invasion into Syria to wipe out Kurdish forces – potentially a larger and more aggressive incursion than the previous operations Turkey has conducted since 2016 to create a “buffer zone” along its border free of Kurdish militia.

Erdogan threatened an invasion again on Wednesday, disregarding pressure from the United States and Russia to keep his forces out of Syria and ramp down the bombing campaign.

Erdogan said airstrikes against Syrian Kurdish positions are “just the beginning” and Turkey intends to “close down all of our southern borders” to create “a security strip that will prevent the possibility of attacks on our country.”

“The day is near when those concrete tunnels which the terrorists use for safety will become their graves,” Erdogan vowed, insisting that a new military offensive against major Kurdish cities would begin “at the most convenient time for us.”

One of the cities Erdogan explicitly threatened to attack is Kobani, also known by the Arabic name Ayn al-Arab, a Kurdish stronghold that was almost overrun by the Islamic State. Another is Manbij, a strategically vital city that hosted hundreds of American troops when it was seen as a buffer between Turkey and the Syrian Kurds. U.S. troops are not stationed in those cities at present, but Russian and Syrian regime forces are.