President Donald Trump shoved cheap-labor immigration back into the November election by suggesting he would veto any amnesty which emerges from the discharge petition process, and also by urging Congress to pass his four-part immigration package.

Trump also rejected proposals for Congress to pass a quick amnesty for at least 2 million DACA illegals via the discharge-petition process. “Unless it includes a wall, and I mean a wall, a real wall, and unless it includes very strong border security, there’ll be no approvals from me because I have to either approve it or not,” Trump said in the Thursday morning broadcast. He added:

“There is a lot of pressure on the Democrats to get it approved,” he said. 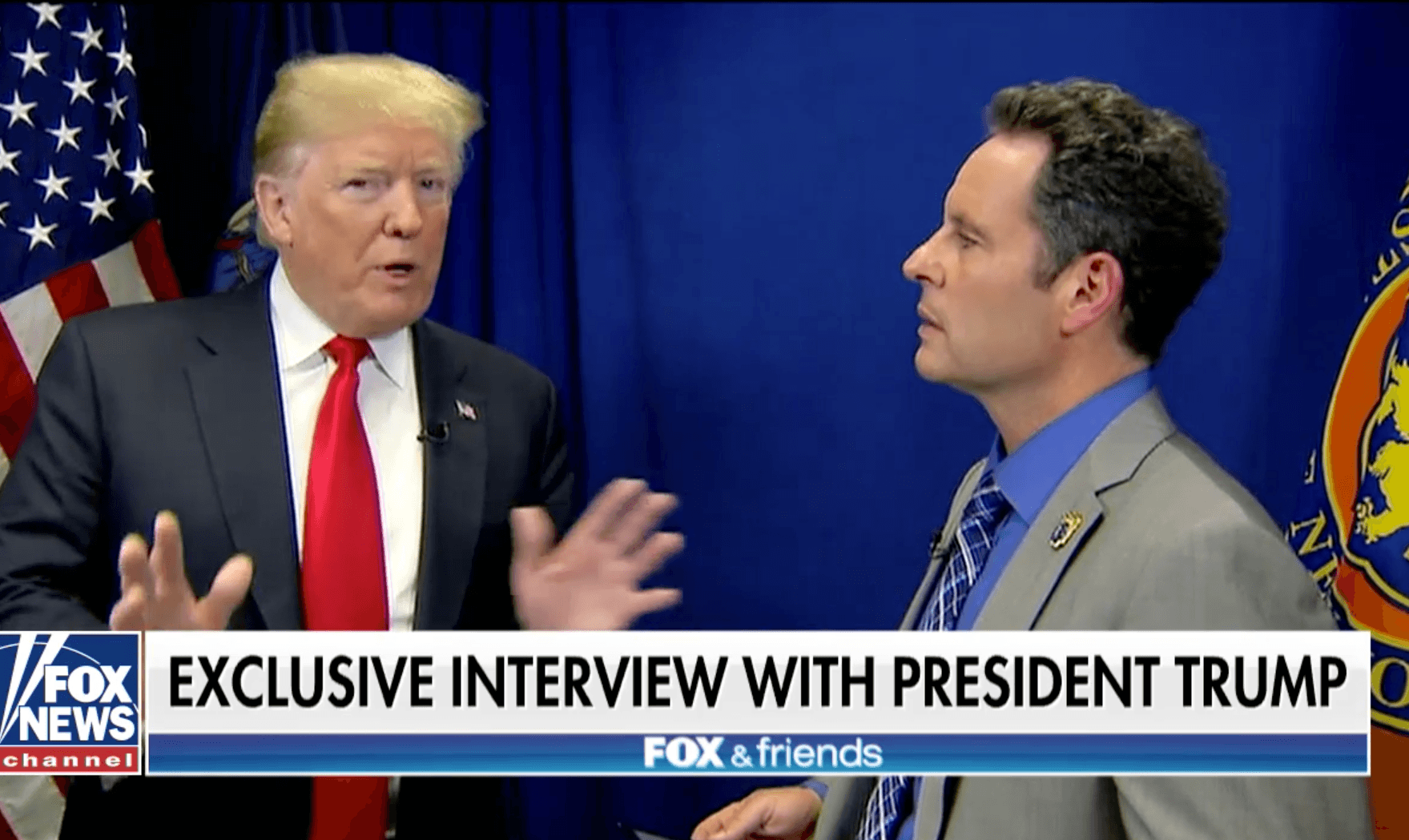 The four-part reforms sought by Trump would trim the inflow of legal immigrants by eliminating the visa lottery and chain migration. Over ten years, those changes would gradually pressure employers to raise wages for tens of millions of Americans and also help them buy houses by nudging down demand and real-estate prices. Those changes are strongly opposed by U.S. business groups who provide a large share of donations to the GOP’s leadership.

Trump’s four-part legislation would also fill many of the asylum and “credible fear” loopholes in border law that are used by cartel and migrants to get work-permits for hundreds of thousands migrants, many of whom need to repay their smuggling debts to cartels.

Trump’s declaration is a sharp blow to the current media-magnified, business-backed campaign to pass an amnesty via the discharge-petition process and is a populist rejection of the establishment’s bipartisan overall push for more cheap-labor immigration.

It is also a strategic pushback because the bipartisan establishment wants to exclude debate over immigration from the November election. Trump’s comments — “I can tell you there is a mood right now for border security” — shows that he recognize the popularity of the populists’ pro-American immigration preferences.

However, business groups are pushing hard to get an amnesty this summer and to get immigration out the midterm elections.

For example, 21 Republicans — mostly from dairy districts or Latino-majority districts — have signed the discharge petition to help them get an amnesty vote in the House.

If GOP Reps Jeff Denham and Chris Curbelo get 25 signatures, they will also get 193 Democratic signatures, giving them the 218 votes needed to stage a planned vote on the House floor on June 25. The complicated vote is expected to allow many GOP legislators to vote for a doomed pro-American bill — giving them a campaign-trail talking-point for November — but also allow them to vote for and pass a disguised amnesty bill sought by local farmers and national business groups.

House Speaker Paul Ryan has the power to block the floor vote. So far, he has not publicly threatened to block the vote, or even to deny campaign funds and committee assignments to the petition Republicans as they split the party before the November election.

GOP leaders are engaged in a closed-door negotiation to see if the discharge-petition GOP group can hammer out a compromise with mainstream conservatives and business-first GOP legislators, which would allow each group to display their support for their preferred policies. Trump’s threat of a veto will likely help the mainstream conservatives during the talks — partly because Democrats have strongly opposed any change to border-law loopholes.

I have watched for far too many years the leaders of both parties shut down discharge petitions in a heartbeat with [the withdrawal of] campaign financing and committee chairmanships. It has happened over and over for decades, yet is not happening here.

Business groups are providing campaign aid to 11 of the 16 GOP signers who are candidates in the 2016 elections, as of May 23.

Trump’s November bet on immigration politics is backed up by numerous polls — and his success in the 2016 election.