Vulnerable Democrat Rep. Peter DeFazio (D-OR) was outraised by Republican candidate and Army National Guard veteran Alek Skarlatos by nearly $200,000 in the third quarter, signaling a tough midterm battle ahead for the incumbent.

Skarlatos was able to raise $515,752.58 according to his filing, leaving him with only 334100.28 cash on hand. The Army National Guard veteran looking for a rematch against DeFazio — only missing elected office by a near 5.3 percent — signals a tough race ahead for DeFazio, with Skarlatos putting up good fundraising numbers.

Though DeFazio currently has more cash in hand, in the last election, during the last cycle, in the fundraising quarter leading up to the election, the incumbent was outraised by $1.2 million from Skarlatos and, at that point, outspent by nearly $1 million in the same quarter. 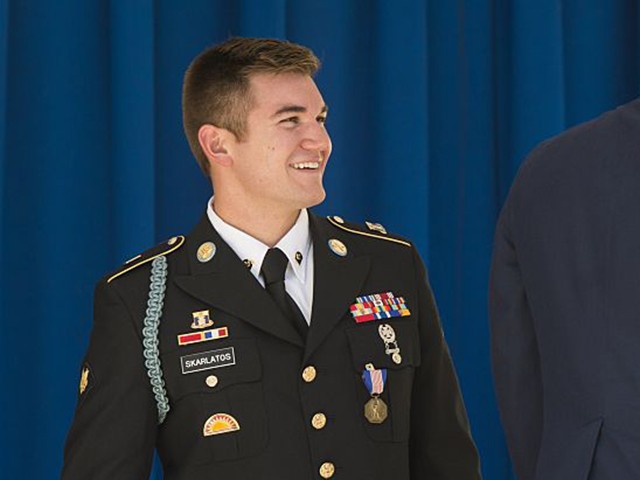 “I can’t outspend him. We can’t even match him. He raised more money in a quarter than I’ve ever raised in a year in my life. But we can outwork him,” DeFazio told Politico at the time.

The report noted that after years of the Democrats House candidates rejoicing over their ability to raise money — which also helped the party win them the majority — they are now falling behind Republicans. Politico added, “Republicans are easily keeping pace, thanks to an army of energized small-dollar donors.”

National Republican Congressional Committee spokeswoman Courtney Parella said in a statement, “Peter DeFazio’s decades in Congress are coming to an end. It’s clear Oregon voters will do anything to defeat him in November 2022.”

DeFazio has also been a close confidant to House Speaker Nancy Pelosi (D-CA), as he has voted with her 96 percent of the time, voting different on only three votes. Doing so, he has helped Pelosi enact policies from the Biden-Pelosi agenda.