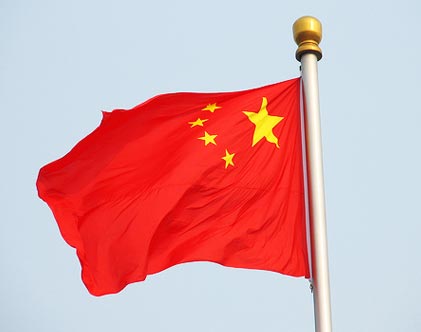 “I cannot recall at any time when the gap between the kind of words which statesmen used and what was actually happening in many countries was so great as it is now. The habit of saying smooth things and uttering pious platitudes and sentiments to gain applause, without relation to the underlying facts, is more pronounced now than it has ever been in my experience.”

By 1938, as Nazi Germany used the “plight” of the Sudeten Germans as a pretext for an imminent invasion of the sovereign democracy of Czechoslovakia, British Prime Minister and principal appeaser Neville Chamberlain was still parsing his words and pursuing an undetected course amidst the immediate crisis. As David Faber records in his book “Munich, 1938: Appeasement and World War II”:

While (Chamberlain’s) bold stroke in flying to see Hitler had captured the imagination of even his critics, few of them realized that he had gone to Germany hoping not only to solve the Czech crisis, but also to establish a personal relationship with Hitler, and to build a lasting Anglo-German settlement.

Today, the crisis is an Iranian regime on the brink of possessing nuclear weapons.

Though it has promised to ensure that Iran would not “acquire a nuclear capability,” Secretary of Defense Robert Gates’ recent memo reveals the open secret that the Obama Administration lacks a coherent policy to prevent Iran from becoming a nuclear armed power. Americans and the world wonder why.

The reason is that, like Chamberlain and the Czech crisis, President Obama does not view solving the Iranian nuclear crisis as an end unto itself. President Obama’s over-arching goal is to establish a long-term “settlement” between the Iranian regime and the United States.

The President’s intention was patent in his Inaugural Address: “To those who cling to power through corruption and deceit and the silencing of dissent, know that you are on the wrong side of history; but that we will extend a hand if you are willing to unclench your fist.”

Thus did the President alert the Iranian regime that, despite whatever it does to its own people and others, he hopes our nations could, as the bumper sticker implores, “co-exist” until Tehran’s butchers see the light and unilaterally chang their evil ways.

This morally ambivalent end alone explains the Obama Administration’s limp rhetoric and actions toward Iran and their cohorts and abettors.

To date, the Obama Administration’s public overtures to the regime; dining with the regime in New York; begrudged recognition of Iranian freedom seekers’ struggle and suffering; failure to enforce the Monroe Doctrine as the Islamic Revolutionary Guards Corps-Qods Force intensifies its presence in Venezuela; lapsed sanctions deadline; nebulous plan of military options; and tepid support for the Iranian Sanctions Act all evince the Administration’s desire to entreat with Tehran’s despots rather than stop them.

Indeed, in response to the Gates Memo the Administration argues that it is considering “the full range of contingencies” regarding Iran’s nuclear capacities. Of course, this would inherently entail a contingency where a nuclear capable Iran — one that has the ability to produce a nuclear weapon but has yet to do so — remains within compliance of the Nuclear Non-Proliferation Treaty. In light of the Administration’s nuclear posture review, as a practical matter, it appears all American options are no longer on the table to prevent a nuclear Iran (or likely even to respond to an Iranian chemical, biological or cyber attack).

So too, apparently viewing Israel as Chamberlain did Czechoslovakia, the Obama Administration’s heavy-handed treatment and consequently strained relationship with our ally; and signals the mullahs that even the security of America’s allies is negotiable in the quest for a long term strategic settlement with Iran.

And not to be overlooked for its linkage to the current crisis, to obtain support for Iranian sanctions, however ineffective they may prove, the Administration has placated a revanchist Russia with the new Strategic Arms Reduction Treaty (START) and failed to press communist China on a slew of human rights and trade violations. These two nations are the most notorious enablers of Iran’s military and economy; and, not surprisingly, these two nations pose the biggest obstacles to effective international sanctions against Iran.

In sum, though it has professed its commitment to a “nuclear-free world” fantasy, in real world actuality the Obama Administration has exacerbated the Iranian nuclear crisis, in the over-riding hope to strike a sustainable accommodation with the Iranian regime.

Likely, this deluded rapprochement would entail Iran refraining from weaponizing its nuclear capabilities; and behaving to hasten the United States’ exit from Iraq and Afghanistan. In exchange, Iran would have a nuclear “capacity” and a free hand within its Middle Eastern sphere of influence – one which would ultimately serve as a base for increasing its exportation of terrorism.

To seal the deal, with the intercession of Russia and China and after a suitable period of weak to mild sanctions against Iran for its nuclear program, the stage would be set for President Obama to fly off to Tehran and achieve “peace for our time.” (That time being 2012, perhaps?)

Since President Obama has already received a Nobel Peace Prize for his “new approach” to American foreign policy, there is only one more thing his efforts to appease Iran might reap – the whirlwind.

If consulted by the Nobel selection committee, those who have learned the lessons of history would have reminded those esteemed Norwegians how, after the 1938 Munich Accord, Prime Minister Chamberlain was roundly hailed as the “flying messenger of peace.” As Chamberlain put it: “I want to say that the settlement of the Czechoslovak problem which has now been achieved is, in my view, only a prelude to a larger settlement in which all Europe may find peace.” 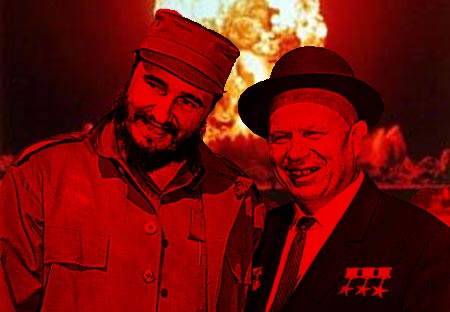 Tragically, this did not prove Herr Hitler’s view, as the clear eyed Churchill understood at the time: “I will begin by saying what everybody would like to ignore or forget but which must nevertheless be stated, namely, that we have suffered a total and unmitigated defeat… And do not suppose that this is the end. This is only the beginning of the reckoning.”

In our time, clear minds know we heirs of liberty cannot barter with butchers. To prevent an Iran possessed of nuclear weapons, America’s sole goal must be the regime’s peaceful implosion beneath its own citizens’ aspirations for freedom — the freedom for which peaceful Iranians like Neda Soltan and Taraneh Mousavi are being imprisoned, tortured and murdered by the mullahs.

In addition to wholeheartedly supporting the Iranian freedom movement, the United States and her allies must implement a constructive quarantine of Iran. First, this policy requires an unequivocal reaffirmation of our support for our democratic ally Israel, including the rejection of American attempts to impose its own “two state solution” upon both Israelis and Palestinians. Second, we must not blanch in continuing to secure and support sovereign democracies on Iran’s border, notably Iraq and Afghanistan. Third, America and the free world must adopt a stronger, integrated approach to our bi-lateral relations with Iran’s protectors, namely the People’s Republic of China and Putin’s Russia, to induce their support of sanctions with teeth against the Iranian regime. Fourth, pressure must be increased upon Syria to end its mutual defense pact with Iran, and stop aiding Iranian-sponsored terrorist organizations, like Hezbollah and Hamas.

More steps toward the implosion of the Iranian regime will be required and more opportunities to hasten its demise will arise as the above steps are implemented. True, many on the Left will be eager to decry this necessary course; however, those same critics will be equally chary to admit that, on the Obama Administration’s present course, the outcome will be a nuclear Iran’s cancerous influence spreading throughout the region and the world.

Presently, the crisis persists; the consequences mount; and the crux of the matter remains.

Like Churchill, will America see the facts beneath the platitudes; adopt a constructive quarantine policy; and get it right in our time, before commences the next reckoning for a naive Administration’s appeasement of a brutal, belligerent regime?

Let us pray the Obama Administration does, whether the Iranian regime likes it or not.