There should be no surprise that the Obama administration and Attorney General Eric Holder would put terrorists’ “rights” before their victims and the safety of the American people by suspending the trial of Abd al Rahim al Nashiri, mastermind of the USS Cole attack.

Holder and the Clinton administration have pandered to terrorists for political gain before. 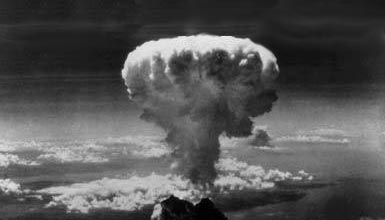 Under President Clinton, then Deputy AG Holder pushed through the clemency grants for political (Hillary Clinton’s election to the Senate) and ideological motives for 16 convicted unrepentant FALN terrorists. These FALN thugs didn’t so much as request clemency as they proudly claimed responsibility for over 130 bombings in the US including the murder of my 33-year-old father Frank Connor, when they bombed NYC’s historic Fraunces Tavern in 1975.

Clemency was the “perfect crime.” Sixteen terrorists offered clemency; 14 accepted and were released in the hopes of securing for Clinton New York’s Latin American vote while at the same time appeasing Holder and the left base of the Democrat party.

Testifying against Holder at his confirmation hearings last year I warned:

…the Attorney General nominee’s egregious recommendation for playing Russian roulette by unleashing unrepentant terrorists on the American people against the advice of the FBI, Bureau of Prisons, prosecutors, even Janet Reno herself should disqualify him on its own merit.

Holder and Clinton trampled on the rights of the victims and their families. Now Obama and Holder are repeating this reprehensible act by refusing to try al Nashiri for political reasons. They’re playing to their far left political base. As a 9/11 family member as well (my cousin Steve Schlag, my dad’s God Son was killed in the north tower of the WTC as I watched the towers explode from my downtown office), I am all the more sickened but not surprised by this craven political act.

Our family’s heart goes out Captain Lippold, Mrs. Clodfelter, and all of the Cole families.

I want to reassure Mrs. Clodfelter and the Cole families that people do care. We care. The American people care. Disgustingly, its certain elected and appointed “elites” who sees the death of your loved-ones as political opportunity.

The Connor family has been fighting for justice for over 35 years. At times it has been exhausting, frustrating, and has seemed hopeless. But we pushed on so Frank Connor would never be forgotten. We would not allow his life and death to end up as nothing more than a political foot path for trampling by those who do not have the character to even shine his shoes.

So Cole families, while you press on for justice, remember balance. Remember to cherish the living first, don’t become consumed by the fight, and please never forget that your loved ones would not want you so consumed that your lives are taken too.

Obama, Holder, and their terrorist patrons are not worth your lives.