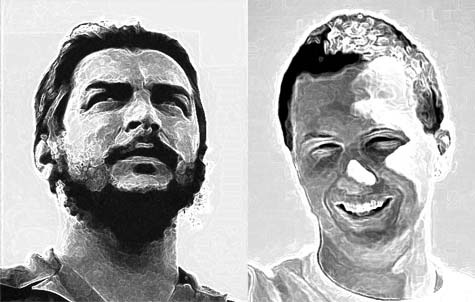 Despite communist North Korea topping the list for the ninth consecutive year, the most dangerous countries in which to practice Christianity are overwhelmingly Islamic ones, according to the annual Open Doors World Watch List.

Of the top 10 countries on the 2011 WWL, eight have Islamic majorities and persecution of Christians has increased in seven of them. They are:

Of the top 30 countries on the list, only seven have a source other than Islamic extremists as the main persecutors of Christians.

The top 10 in order are North Korea, Iran, Afghanistan, Saudi Arabia, Somalia, Maldives, Yemen, Iraq, Uzbekistan and Laos, which has a Communist government. Iraq is new to the top 10 list while Mauritania dropped out, going from No. 8 to No. 13.

The annual World Watch List is compiled by the research department of Open Doors International. It tracks the shifting conditions under which Christians live in 77 societies and then ranks the top 50 where it is hardest to practice the Christian faith.

“Being a Muslim Background Believer or ‘Secret Believer’ in a Muslim-dominated country puts a bulls-eye on the backs of Christians,” said Dr. Carl Moeller, president and CEO of Open Doors USA. “There is either no freedom to believe or little freedom of religion. And as the 2011 World Watch List reflects, the persecution of Christians in these Muslim countries continues to increase.

The country with the largest Christian community on the list is Pakistan with more than 5 million believers. One of those is Asia Noreen who was sentenced to death on a false blasphemy charge, Moeller said.

Pakistani Christians also faced a sharp erosion of their religious liberty with the country leaping from No. 14 to No. 11 on the current list, according to the news release announcing the 2011 list. Twenty-nine Christians were martyred in the reporting period with at least one killing occurring every month. Four Christians were sentenced to long terms in jail for blasphemy against Islam, at least 58 Christians were kidnapped, more than 100 Christians were assaulted and 14 churches and properties were damaged.

Other countries that rose markedly on the new WWL were Afghanistan, up from No. 6 to No. 3, especially in the wake of ugly demonstrations when footage of Muslims being baptized was shown on network television. Dozens of Christians from the tiny Afghan church have had to move due to subsequent death threats, and in August a 10-person medical aid team from a Christian organization was slaughtered.

The year’s grisliest headlines were found in No. 26 Nigeria, however, where a staggering 2,000 Christians lost their lives in riots caused by Muslim extremists in some of the northern states in the country. Tension has been growing for more than a generation in northern Nigeria, and escalated after 1999 when 12 northern states adopted Sharia (strict Islamic law). On Christmas Eve Compass Direct News reported the killing of a Baptist pastor and five other Christians in northern Nigeria. More killings of Christians were also reported in the last two weeks.

Egypt is ranked No. 19 on the WWL and could be a focus of persecution this year as 21 Christians were killed in a bomb blast on New Year’s Day outside the Church of Two Saints in Alexandria.