The man who killed two NYPD officers in cold blood showed on multiple occasions that he was a devotee to Islam, reciting on social media Quranic verse popularized by Islamist groups such as the Muslim Brotherhood. Evidence has also surfaced suggesting he may have attended a mosque which has in the past been a hotbed for jihadist recruitment and a chief financier for Islamic terrorism.

In March, Brinsley posted a Quranic verse (8:60) on a Facebook page attributed to him that some interpret as a call for war against non-Muslims. The verse includes the phrase, “Strike terror into the hearts of the enemies of Allah.” 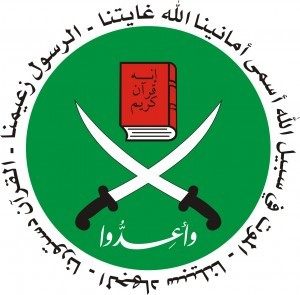 The global Muslim Brotherhood uses a segment of the same Quranic verse in its logo, which features two swords and a Quran. The Muslim Brotherhood movement seeks the installation of an Islamic caliphate that follows the Quran’s Shariah laws. The MB’s motto reads, “Allah is our objective. The Prophet is our leader. The Quran is our law. Jihad is our way. Dying in the way of Allah is our highest hope. Allahu Akbar!”

Alleged Muslim Brotherhood front groups such as the Council on American Islamic Relations (CAIR) have played a key role in organizing the anti-police protests in major U.S. cities. Kyle Shideler of the Center for Security Policy warned that CAIR was “seeking to target law enforcement under the camouflage of civil rights.” In August, CAIR picked Al Sharpton to host its annual banquet. Sharpton has led anti-police demonstrations throughout the country.

Brinsley also wrote on his Instagram that he was planning to attend the infamous Al-Farooq mosque, according to PJ Media. What remains unclear is whether he was referring to Al-Farooq in Brooklyn, or another mosque that shares its name. The Brooklyn mosque was described by the New York Times in 2003 as a “Terror Icon”: The “Blind Sheikh,” the man responsible for the 1993 World Trade Center bombing, worshipped there. It also hosted the man who murdered the zionist Rabbi Meir Kahane in 1990. In 2003, mosque leader Sheikh Mohammed al-Moayad was charged with using the mosque as a means to funnel approximately $20 million to Al Qaeda. 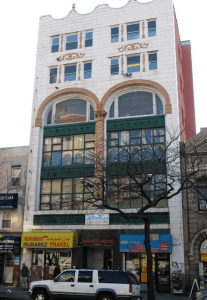 What is believed to be Brinsley’s now-deactivated Instagram profile revealed further information that he was devoted to Islam. Five months ago, he stated, “Eid Mubarak,” wishing fellow Muslims a blessed celebration of Eid.

Last month, he posted on Instagram a picture of a burning American flag, along with a rant about mistreatment “towards our people in America.”

Additional videos have surfaced, which were pulled social media sites attributed to Brinsley, showcasing his further connections to Islam. One of the videos is filmed at a Muslim burial, which “discusses how all of life is preparation for death,” reports Got News.

However, an NYPD spokesman said in a press conference Sunday that their investigation has found no religious motivation for the killing thus far.