EU votes to distribute 120,000 refugees among countries by quota 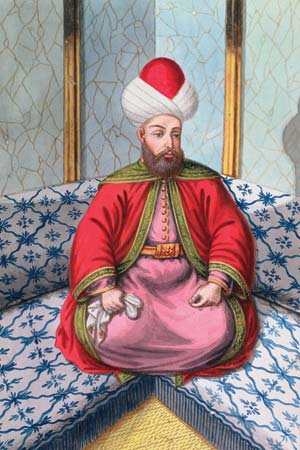 European Union interior ministers voted on Tuesday to impose a quota system on all 28 EU countries to distribute 120,000 refugees seeking asylum. Before becoming law, the plan will be considered by the EU country presidents and prime ministers meeting in Brussels on Wednesday.

Four countries — Romania, the Czech Republic, Slovakia and Hungary — voted against the proposal. However, implementation of the plan would obligate those four countries to take in their quota of asylum-seekers, as well.

Governments of dissenting countries expressed fury at the decision, some saying that they will refuse to comply. Slovak Prime Minister Robert Fico says he will not comply, and will not “respect this diktat of the majority.” Czech President Milos Zeman said: “Only the future will show what a mistake this was.” However, a government spokesman for Hungary said that Hungary will respect Tuesday’s decision.

Finland abstained from the vote. Poland, which had originally opposed the proposal, voted for it, saying that “it’s much better to negotiate.”

Europe is expected to receive over one million migrants this year. Theoretically, the 120,000 refugees envisioned by Tuesday’s plan refers only to migrants from war-torn countries, such as Syria, Iraq or Afghanistan. However, recent studies show that most of them are economic migrants from countries like Pakistan or from Africa, and so would not qualify for asylum status. Theoretically, the hundreds of thousands of economic migrants are to be deported back to their home countries.

Putting all these facts and figures together, it seems pretty clear that the plan adopted on Tuesday could not possibly come close to solving Europe’s migrant problem. But at least it satisfied the need for the government to appear to be doing something. CNN and BBC and AFP

In the past few months, as thousands of migrants flooded from Turkey, through Greece, Macedonia, Serbia, Hungary and Austria, to reach Germany, Hungary became the most aggressive country in blocking migrants, by building a fence along the entire border between Hungary and Serbia. Serbia has responded by redirecting the flow of migrants into Croatia, but an infuriated Croatia is redirecting them back into Hungary — once again infuriating Hungary.

The four Central European countries that voted against Tuesday’s plan to distribute migrants to EU countries all had experiences with Turkey’s Ottoman Empire. Hungary’s Viktor Orbán invoked his country’s experience with the Ottoman’s explicitly:

Those arriving have been raised in another religion, and represent a radically different culture. Most of them are not Christians, but Muslims. This is an important question, because Europe and European identity is rooted in Christianity… We don’t want to criticize France, Belgium, any other country, but we think all countries have a right to decide whether they want to have a large number of Muslims in their countries. If they want to live together with them, they can. We don’t want to and I think we have a right to decide that we do not want a large number of Muslim people in our country. We do not like the consequences of having a large number of Muslim communities that we see in other countries, and I do not see any reason for anyone else to force us to create ways of living together in Hungary that we do not want to see…

I have to say that when it comes to living together with Muslim communities, we are the only ones who have experience because we had the possibility to go through that experience for 150 years.

Orbán is referring to Islam’s conquest and occupation of Hungary from 1541 to 1699. According to an article in conservative Human Events:

Nor was Hungary alone. Much of southeastern Europe and portions of modern day Russia were conquered, occupied, and terrorized by the Turks—sometimes in ways that make Islamic State atrocities seem like child’s play. (Think of the beheadings, crucifixions, massacres, slave markets, and rapes that have become IS trademarks—but on a much grander scale, and for centuries.)

I actually have a great deal of sympathy for this argument. After all, no one wants to risk another experience like that one. My problem is that this is only half the argument.

In the research that I do for Generational Dynamics, I have constant feelings of sadness and revulsion — at the things that human beings do to each other as a matter of course, particularly during generational crisis wars.

So one might reasonably wonder why the author of this article, or Viktor Orbán himself, had to go back 500 years to find a suitable example to reference. The Ottoman Empire is gone, but the consequences of the Ottoman victories and defeats are still felt today, as if a huge tsunami was launched hundreds of years ago, and is still washing over us today.

In particular, why not refer to the much more recent Bosnian war? That makes a similar point about atrocities, but it occurred only 20 years ago, not 500 years ago. Well, those with any knowledge of history whatsoever (including Orbán) already know the answer to that question. In the Bosnian war, it was the Christian Serbs who were committing the atrocities, and it was the Bosnian Muslims and the Catholic Croats who were the victims.

I wrote about this at length last year in “29-Jun-14 World View — Sarajevo Serbs unveil monument to Gavrilo Princip, who triggered World War I”. In that article, I quoted one historical summary of the Bosnian war as follows:

It was during this initial wave of Bosnian Serb ethnic cleansing — orchestrated by Radovan Karadzi and his generals — that the world began to hear tales as horrifying as anything you can imagine. Militia units would enter a town and indiscriminately kill anyone they saw — civilian men, women, and children. Pregnant women mortally wounded by gunfire were left to die in the street. Fleeing residents crawled on their stomachs for hours to reach cover, even as their family and friends were shot and blown up right next to them. Soldiers rounded up families, then forced parents to watch as they slit the throats of their children — and then the parents were killed, too. Dozens of people would be lined up along a bridge to have their throats slit, one at a time, so that their lifeless bodies would plunge into the river below. (Villagers downstream would see corpses float past, and know their time was coming soon.) While in past conflicts houses of worship had been considered off-limits, now Karadzi’s forces actively targeted mosques and Catholic churches. Perhaps most despicable was the establishment of so-called “rape camps” — concentration camps where mostly Bosniak [Bosnian Muslim] women were imprisoned and systematically raped by Serb soldiers. Many were intentionally impregnated and held captive until they had come to term (too late for an abortion), when they were released to bear and raise a child forced upon them by their hated enemy. These are the stories that turned “Balkans” into a dirty word.

The Bosnian Serb aggressors were intentionally gruesome and violent. Leaders roused their foot soldiers with hate-filled propaganda (claiming, for example, that the Bosniaks were intent on creating a fundamentalist Islamic state that would do even worse to its Serb residents), then instructed them to carry out unthinkable atrocities. For the people who carried out these attacks, the war represented a cathartic opportunity to exact vengeance for decades-old perceived injustices. Everyday Serbs — who, for centuries, have been steeped in messages about how they have been the victims of their neighbors — saw this as an opportunity to finally make a stand. But their superiors had even more dastardly motives. They sought not only to remove people from “their” land, but to do so in such a heinous way to ensure that the various groups could never again tolerate living together.

So, as I said, I have some sympathy for Orbán’s allusion to Ottoman atrocities — but not because those atrocities were unique in any way, but rather because they are so common, and so much a part of the human DNA — every human’s DNA. Human Events and Guardian (London) and Understanding Yugoslavia