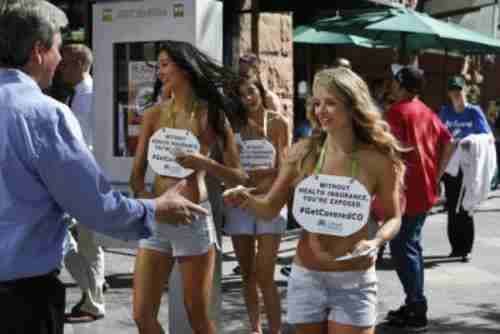 Colorado’s biggest Obamacare health insurer announced on Friday that it was closing, and that its 83,000 Colorado customers, 40% of all the state’s Obamacare customers, would have to find a new insurance agency and insurance plan for 2016.

The insurer reported a net loss of $23 million last year, and still owes $72.3 million that it had borrowed from a federal fund designed to bail out Obamacare entities at taxpayer expense.

This is now the seventh of the 23 Obamacare health insurance co-ops to go belly up. The others are Kentucky, Louisiana, Iowa/Nebraska, Nevada, New York and Tennessee, and more are expected before the end of the year, since a lot of the federal Obamacare money pots have run out of money.

I described these co-ops in my August article, “Healthcare.gov — The greatest software development disaster in history”, which I posted after months of extensive research. Obamacare health insurance co-ops are almost unbelievably hare-brained Obamacare entities, in an Obamacare scheme that is riven with stupidity, corruption and criminality.

The co-ops were supposed to be non-profits that provided competition to the evil corporate insurance companies. So since they had lots of federal funding, they signed up lots of customers by charging ridiculous prices for insurance, and running promotions like Colorado HealthOp’s 2013 sexually suggestive promotion with the scantily clad girls shown in the photo above.

The result was that they got lots of customers, but had to pay out $1.10 to $1.60 in benefits for each dollar they received in insurance premiums. They could get away with this until they ran out of other people’s money – in this case federal Obamacare slush funds.

Colorado HealthOP CEO Julia Hutchins was apoplectic about the situation, and blames it on the failure of the federal government to provide more money:

We are astonished and disappointed by the Colorado Division of Insurance’s decision. It is both irresponsible and premature. Colorado HealthOP is a profitable start-up insurance company that is in a strong financial position and, for two years, has served the critical needs of Coloradans by enhancing competition in the Colorado insurance market, driving down prices in the state health insurance marketplace and offering new, innovative choices to its more than 80,000 members throughout Colorado.

The key is her claim about “driving down prices,” which is why the co-op is going bankrupt — by charging less money for premiums than it has to pay out in benefits.

After my months of research on Obamacare, I really do not believe Hutchins anyway. I am fairly confident that further investigation would reveal that Hutchins doesn’t give a sh-t about Colorado customers, but only cares about her 6-digit salary, which she’ll lose when Colorado HealthOp goes down.

Meanwhile, health insurance premiums are expected to increase substantially for 2016, with 20-50% increases being fairly common. That’s because, as usual, sick people are more likely to health insurance than healthy people. Who would have expected that? AP and Colorado HealthOp press release and Minn NPR News and Zero Hedge

According to Israeli authorities, Palestinians carried out five separate stabbing attacks. According to Israeli Defense Forces, three of the attacks occurred in Hebron, one in Jerusalem and one in Qalandia. None of them were fatal, at least for the person stabbed; IDF said the Palestinian assailants in four of the five incidents were shot and killed. In at least one case, Palestinian reports claim that a 16-year-old boy was shot and killed by Israeli soldiers without provocation.

The Palestinian knife attacks are being called “lone wolf attacks,” because it is not believed that they are organized in any way, or that they are being directed by any Palestinian leader. Israeli security officials are somewhat baffled about how to handle the knife attacks because, unlike suicide bomber vests, a knife can easily and openly be carried from place to place and wielded at a moment’s notice. No matter how many soldiers Israel puts on the street, there no way to prevent a 14-18 year old Palestinian boy from stabbing an Israeli walking down the street. NBC News and Jerusalem Post and WAFA (Palestine News & Information Agency) and CNN

With Syria dominating the news, the Israeli-Palestinian issue has been getting less attention, with fewer and fewer headlines in recent months. But the atmosphere in Jerusalem and the West Bank has become increasing toxic and explosive, bringing it back to the headlines again.

Multiple analysts I have heard are all saying the same things. The Palestinian perpetrators of the knife attacks are young boys, 15-22, in what is being called the “Oslo generation,” kids born after the 1993 Oslo accords that were supposed to bring peace to the Mideast, but are perceived as accomplishing nothing.

Analysts are saying the same things about Oslo generation:

It is now clear that the young “Oslo generation” of Palestinians have no fear of another visceral, bloody, genocidal war, and have no respect for Abbas and other Palestinian leaders who want to prevent one.

The situation on the Israel side is not as clear, but it appears to be similar. Israel’s population seems to be deeply divided between people who want to do everything possible to keep the violence from spiraling and people, led by settlers, who openly talk about wiping out all the Palestinians.

When President George W. Bush announced his “Roadmap to Mideast Peace” in 2003, I wrote that the Mideast peace plan would not be implemented, because Israelis and Palestinians would be refighting the 1948 genocidal crisis war that followed the partitioning of Palestine and the creation of the state of Israel. In that article, I said that Palestinian leader Yasser Arafat and Israeli leader Ariel Sharon hated each other but, consciously or unconsciously, they were cooperating to prevent an all-out war, because they both survived the bloody 1948 war and did not want it to happen again. And I speculated that their deaths could trigger a new generational crisis war.

Arafat and Sharon have both been gone for several years.

Arafat was succeeded by Mahmoud Abbas, born 1935, another 1948 war survivor, who has done everything he could to prevent another genocidal war. Sharon was succeeded by Benjamin Netanyahu, born 1949, who was not a 1948 war survivor, but is old enough to be sufficiently aware of the war that he has also done everything possible to prevent another genocidal war. Palestinians and Israelis, for the most part, have been listening to Abbas and Netanyahu for years, and have resisted anything but low-level violence.

But now we are seeing a new situation that is drastically different from the past. Young people on the Palestinian side, and probably the Israeli side as well, are contemptuous of their political leaders and no longer willing to listen to them. This is exactly the kind of situation that can spiral into a visceral, bloody, genocidal crisis war.

However, there is one more piece missing. Even a generational crisis war that comes “from the people” still needs a leader.

There is a concept in foundational generational theory of the “Grey Champion,” a usually older person who emerges to lead the younger generation into war. It is pretty clear that the Palestinian Grey Champion will not be Mahmoud Abbas, who is unalterably opposed to such a war. However, there are plenty of younger Palestinian leaders who, judging from public statements, would be only too happy to lead the Palestinians into war against Israel. A similar statement might be made on the Israeli side, but since it would be a defensive war for Israel, Netanyahu himself could become the war leader.

There are many people who automatically assume that the current Israeli-Palestinian clashes will fizzle out before long. They believe this because that is what has always happened since 1949. These people do not understand how the world works, and this is why Generational Dynamics does work — once the survivors of the previous visceral, bloody, genocidal war are gone, the generations that follow assume that it wasn’t so bad, and anyway, it cannot happen again. That is why they are always so shocked and surprised when it does happen again. Al-Jazeera