In its latest photo dump, the Islamic State (ISIS/ISIL) portrays its jihadists as normal boys who take time off from terrorizing the world to fish, swim, and build boats.

Three photos show men displaying their catches from the Euphrates River for the camera. The next few photos show a man salting and cooking the fish over a fire. 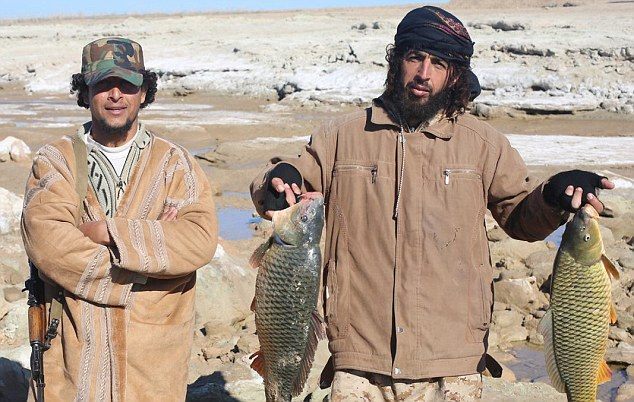 Another photo looks like it could be from a college student’s Facebook page, with two men fully dressed in scuba gear. 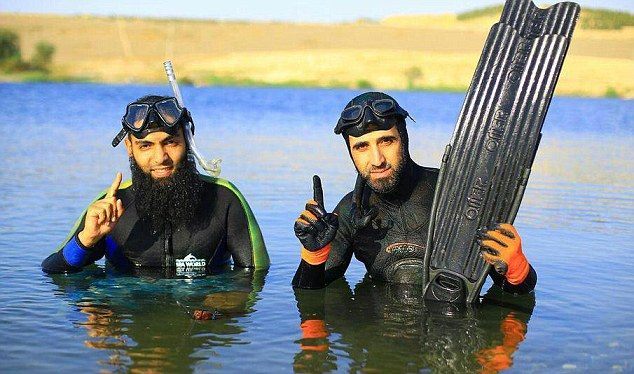 The last few pictures show terrorists building a wooden boat from hand and then sailing down the river. 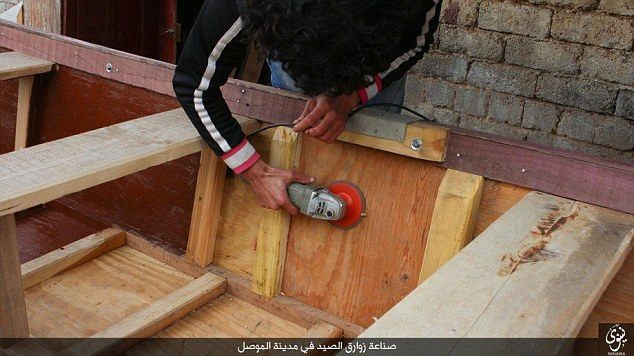 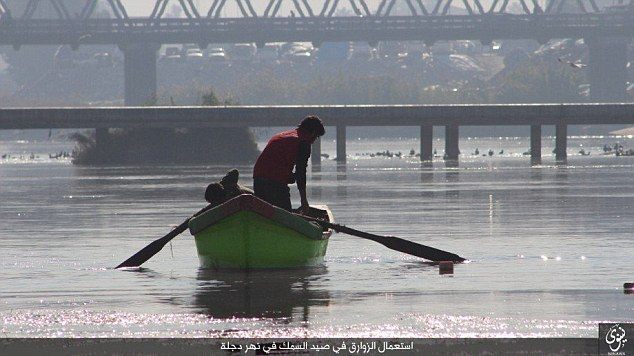 The photos have been circulating through jihadi social media and have been compiled by the Daily Mail.

“They’re the first terrorist group that aren’t interested in [just] fighters, they want families to come. … They need women and children, they believe they have a state, they now need a future,” said Patrick Skinner, the director of special projects at The Soufan Group. “A lot of people are going there just to live in the caliphate.”

This led the group to produce “soft” propaganda to entice anyone to populate its caliphate. Its media outlets released 570 videos between January 21 and February 28, but the majority of the videos “were directed at ISIS centers of gravity rather than the world at large.”

“They send out a lot of pictures of harvesting wheat in Aleppo,” described Skinner. “They have something called the social services committee, and that’s designed both for the internal but it’s also designed to encourage people for hijra [to travel].”

All the fear of the fair: ISIS reveals astonishing pictures of theme parks in Iraq and Syria http://t.co/rVflvZRORZ pic.twitter.com/Y6G1JwMNvY

ISIS allegedly opened an amusement park in Mosul, Iraq, a year after they captured the town.

Images of the Mosul marketplace show pizzas and succulent burgers being cooked amid bustling stalls packed with all manner of sweet treats and toys for children.

Men are seen browsing the stalls nonchalantly, seemingly oblivious to the fact the city is an ISIS stronghold and on the frontline of the Iraqi regime’s freshly launched fightback against the terrorists.

Trays of sweet baklava give a sense of abundance in the crisis-hit city, which is considered key to ISIS presence in Iraq thanks to the millions of pounds generated each day from the militant-held oil fields dotted around Nineveh province.

In January, the terrorist group released a similar propaganda video that featured British hostage John Cantlie. The video, titled “Inside Mosul,” also portrayed life in Mosul “as business as usual.” He said that Muslims can finally walk the streets without fear of oppression, even though Muslims and Christians lived peacefully among each other for over 2,000 years.

“It’s not a city living in fear as Western media would have you believe,” he said. “It’s just a normal city going about its daily business.”

In February, the Islamic State used Cantlie in a propaganda video for Aleppo, Syria. The terrorists also attempted to portray the city “as functional and productive under its control.” However, Cantlie said that video was the last in his series. The militant group did not comment on the video or release any information as to whether Cantlie is still alive.