GUANTANAMO BAY NAVAL BASE, CUBA— It’s the worst-kept secret at Guantánamo Bay: The detainees, in all likelihood, much prefer the detention center here to the conditions faced at a federal facility.

Here, detainees have frequent access to television (they allegedly prefer RT, the Kremlin-controlled anti-American network), recreation, and even video games, according to sources and Joint Task Force-Guantánamo service members familiar with their conditions.

For their exclusive use is a $750,000 soccer field, which has been made available to 85% of the detainees. Compliant detainees have access to this field for up to 20 hours a day, according to reports. 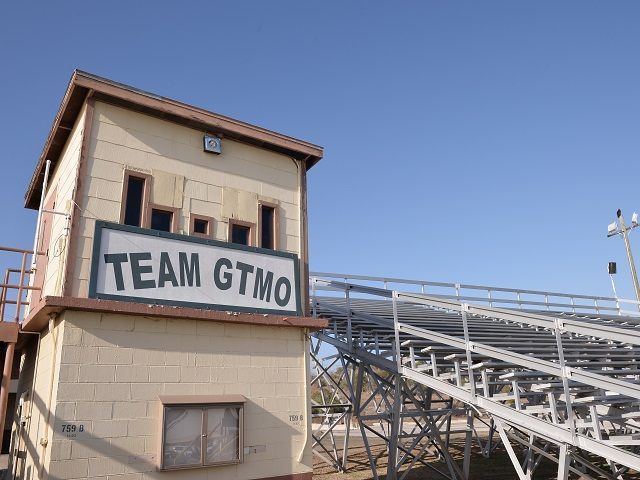 This photo reviewed by the US military and made during an escorted visit shows the open air cinema at Guantanamo Bay US Naval Base, Cuba, April 9, 2014. (MLADEN ANTONOV/AFP/Getty Images)

If they are looking for more laid-back entertainment, the detainees (most of whom are charged with committing or supporting acts of jihadi terror) can sit back and choose through “hundreds” of video games and movie selections at their disposal.

They are never short on reading material. The detainees can choose to receive three different newspapers during the week. In addition to their Islamic literature, they have access to thousands of books and magazines in the detention facility’s library.

“Depending on compliancy status, detainees do have access to a soccer field and a 30,000-item detainee inventory that offers approximately 20,500 books/magazines along with audio books, DVDs, CDs, and video games. We also circulate newspapers that we receive on a daily or weekly basis,” Capt. Scholl said. 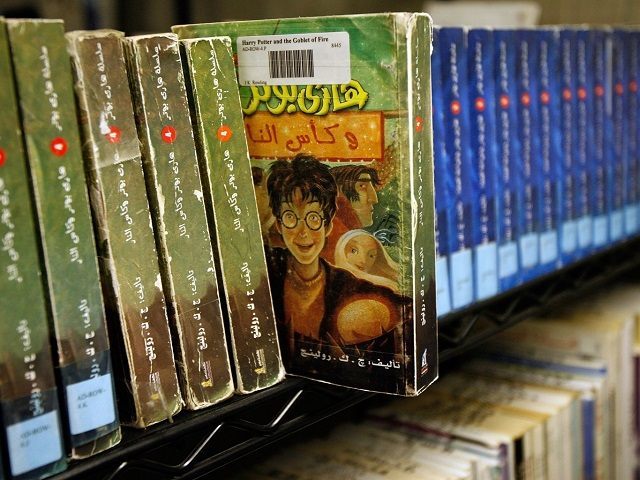 The Harry Potter book series, which continues to be one of the most popular items requested from the detainee library, sits on the shelves at the detention facility at the U.S. Naval Station October 2, 2007 in Guantanamo Bay, Cuba. (Chip Somodevilla/Getty Images)

Rarely mentioned, in contrast, is the detainees’ treatment of the military guards stationed at the facility.

Some detainees are known to “splash” select members of the guard force with a grotesque “concoction” of materials.

“‘Splashing’ is a method of non-compliance used by some detainees to express displeasure with the guard force or the rules of the facility,” Capt. Scholl told Breitbart News.

“To splash, a detainee will make a concoction in a Styrofoam cup, usually consisting of feces, urine, blood, vomit, and/or rotten milk, mixed together, and then fling [it] on a passing member of the guard force, or onto the tier to contaminate it,” he explained.

Compare the conditions at Gitmo with those at the ADX Florence supermax facility in Colorado (which has been discussed as a possible home for the detainees), and the contrast between the two facilities becomes quite clear.

At ADX Florence, prisoners are held in solitary confinement for almost the entirety of the day, averaging 23 hours of alone time in their 7ft by 12ft cell. Prisoners are prohibited from dining or sitting together and cannot attend group religious services. For exercise, they are walked into a small room with a concrete floor.

But sitting through the pre-trial proceedings here at Guantánamo Bay war court, the defense attorneys for the “9/11 Five,” the men allegedly responsible for the September 11 attacks, argue their clients face suffering and humiliation on a daily basis. They say that simply being touched by female guards “violates” their Islamic religious principles, amounting to a form of torture comparable to what the detainees allegedly faced under CIA custody, the defense team argued.

The judge presiding over the case agrees with the defense team. On Thursday evening, he upheld a female guard “no-touch” emergency ruling he ordered in January, which forbids female guards from transporting the alleged war criminals.