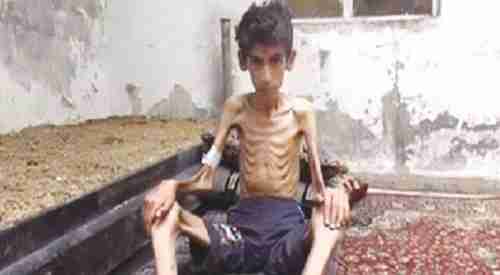 Aid workers reaching the town of Madaya, an hour from Damascus in Syria, found an almost unbelievable horror as thousands of people were close to starvation. The regime of Syria’s president Bashar al-Assad, with the support of Iran’s puppet terror organization Hezbollah, has been blockading Madaya for 200 days, preventing food or medicines from reaching the town.

UN Secretary-General Ban Ki-moon on Thursday accused the Syrian government of committing war crimes by using starvation as a weapon. He accused the Bashar al-Assad regime of committing “atrocious acts” and “unconscionable abuses” against civilians. According to Ban:

Let me be clear: the use of starvation as a weapon of war is a war crime. All sides, including the Syrian government which has the primary responsibility to protect Syrians, are committing this and other atrocious acts prohibited under international humanitarian law.

UN teams have witnessed scenes that haunt the soul. The elderly and children, men and women, who were little more than skin and bones: gaunt, severely malnourished, so weak they could barely walk, and utterly desperate for the slightest morsel.

As I have been reporting for years, Shia/Alawite president Bashar al-Assad has been committing war crimes and crimes against humanity continuously. In 2011, he began a campaign to exterminate innocent Sunni protesters. He has killed children by sending missiles into exam rooms and bedrooms. He has used Sarin gas against his own people, and he has killed countless more with barrel bombs loaded with explosives, metals, and chlorine gas. In addition, he has used electrocution, eye-gouging, strangulation, starvation, and beating on tens of thousands of prisoners on a massive “industrial strength” scale, and does so with complete impunity, and has been doing so for many years.

Russia’s state media reported Ban Ki-moon’s accusations of war crimes, without displaying any irony over Russia’s complicity in the war crimes. Iran’s state media quoted Syria’s ambassador as saying that “media reports of starving civilians in the southwestern town of Madaya have been fabricated in an attempt to defame the government of President Bashar al-Assad.” Reuters and Russia Today and Press TV (Tehran) and Anadolu Agency (Turkey)

A second wave of aid convoys entered Madaya on Thursday evening, delivering food and humanitarian supplies to the population of 40,000. An earlier convoy of aid arrived Monday, bringing many starving residents to tears, as Madaya had received no foreign aid since October.

For months, the Bashar al-Assad had refused to allow food or humanitarian aid to reach the town, but was finally forced to relent under enormous international pressure. The aid is being delievered as part of a U.N.-brokered deal, according to which aid must also be delivered simultaneously to regions of al-Assad supporters being beseiged by anti-Assad rebels. CNN and Asharq Al-Awsat (Riyadh) and Guardian (London)