UAE backs out of Saudi coalition in Yemen, saying ‘War is over’ 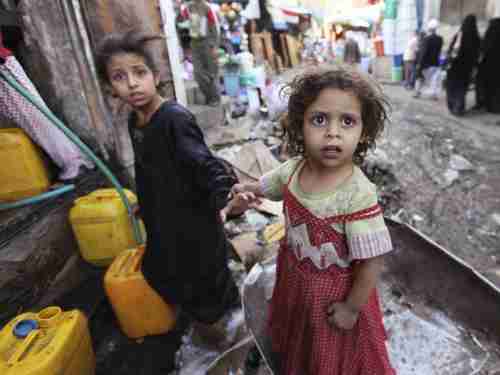 The United Arab Emirates’ involvement in more than a year of war in Yemen is “practically over,” a top diplomat was quoted as saying on Wednesday.

Up until late 2014, Yemen had been governed by a government closely allied with Saudi Arabia. In late 2014, the Iran-backed Shia Houthi militias from northwest Yemen moved south and took control of the capital city Sanaa, and then continue to move south, capturing a number of cities.

15 months ago, on March 26 of last year, Saudi Arabia announced that a 10-country coalition, led by the Saudis, would “free Sanaa and the rest of the northern cities” from Houthi control.

The United Arab Emirates (UAE) has one of the best-equipped militaries in the region, and has been a major contributor to the Saudi-led coalition. However, the UAE has suffered numerous losses in the past year. 80 UAE soldiers have been killed, including four pilots killed in two separate helicopter crashes this week. In September, 45 UAE troops were killed by a Houthi missile attack, marking the deadliest day for the UAE military in its 44-year history.

In March, the Saudis announced that it would ‘end major combat operations’ in Yemen, claiming that they have met most of their objectives. However, most observers consider the war to have been a failure. The Houthis are still in control of Sanaa, while other parts of the country have gone back and forth between control of the two sides. Furthermore, al-Qaeda in the Arabian Peninsula (AQAP) has made strong gains in the last year, and the so-called Islamic State (IS or ISIS or ISIL or Daesh) is establishing a presence.

UAE’s Minister of State for Foreign Affairs, Anwar Gargash, gave a speech saying “Our standpoint today is clear: war is over for our troops; we’re monitoring political arrangements, empowering Yemenis in liberated areas.” He then elaborated online:

[The UAE will remain] a capable and honest ally alongside Riyadh in the military and political realm.

This is a partnership that was reinforced by the Yemen crisis and it is essential for the future. The Riyadh-Abu Dhabi axis will emerge out of this crisis with more strength and effectiveness, and the strategic requirements of the region make this imperative.

Responsibility lies with the Yemenis – of all their components, to build bridges of communication and to reach an agreement on the state and its institutions. A spirit of national responsibility is needed for success.

Most of this appears to be wishful thinking, because the outcome has been a disaster for both Saudi Arabia and UAE. The Saudis have received international condemnation for the humanitarian disaster in Yemen, and yet the Houthis are still in control of Sanaa and much of Yemen.

It appears to be at least a partial victory for Iran, since Iran has reportedly provided the Houthis with weapons and other support. However, if it is a victory at all then it is a Pyrrhic victory because Yemen has been practically destroyed by the fighting.

It may be that the real victors are the two jihadist groups, al-Qaeda in the Arabian Peninsula (AQAP) and the so-called Islamic State (IS or ISIS or ISIL or Daesh). Both organizations have taken advantage of the chaos to gain territory. However, although AQAP is firmly enmeshed in Yemen’s tribal networks, ISIS is perceived as foreign.

Despite UAE’s announcement, fighting is continuing in Yemen on several fronts, with dozens of people killed and wounded in the the last couple of days. Gulf News (Dubai) and AP and Council on Foreign Relations (19-Apr)

Although the blame for the damage to Yemen is shared by all the participants, including Saudi Arabia, Iran, AQAP and ISIS, the Saudis are receiving the bulk of the international condemnation because of its bombing campaign. There have been repeated stories in the last year that bombs from the Saudi coalition have struck schools, hospitals, and civilian homes. There have also been reports that some Saudi bombs have been US-made cluster bombs, which are considered illegal.

According to the UN, at least 6,200 people, about half of them civilians, have been killed and 2.8 million others have been displaced.

At the beginning of June, UN Secretary-General Ban Ki-moon issued a report condemning both the Saudis and the Houthis for killing and maiming children in Yemen. According to Ban’s report, the Saudi coalition was responsible for 60 percent of child deaths and injuries last year, killing 510 and wounding 667.

Grave violations against children increased dramatically as a result of the escalating conflict.

In Yemen, owing to the very large number of violations attributed to the two parties, the Houthis/Ansar Allah and the Saudi Arabia-led coalition are listed for killing and maiming and attacks on schools and hospitals.

Saudi Arabia was added to an annual blacklist of states and armed groups that violate children’s rights during conflict.

However, the Saudis protested and said that the casualty figures were “wildly exaggerated.” Saudi Arabia’s permanent representative to the UN, Abdullah al-Mouallimi, complained to Ban about the report, and said, “If there are any casualties from the coalition side, they would be far, far lower.” He added that used “the most up-to-date equipment in precision targeting.”

So a few days later, Ban removed Saudi Arabia from the list. Human Rights Watch sharply criticized the removal, saying that Ban’s office had “hit a new low.” A UN spokesman says that Saudi Arabia was removed from the list pending an investigation of the numbers in the report.

However, this isn’t the time something like this has happened. In the 2014 report, Israel and Hamas were put onto the blacklist, and then removed a few days later. Al-Jazeera and Reuters and BBC