Relations between India and Pakistan continue to deteriorate 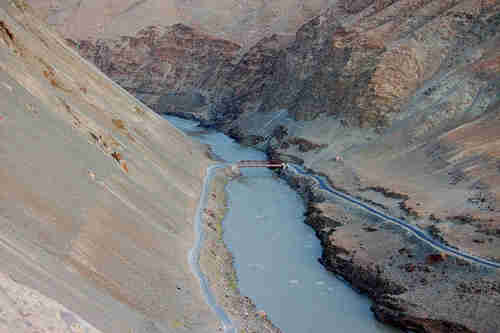 It is becoming increasingly clear that something serious has changed in relations between Pakistan and India, as a result of repeated acts of violence in the Indian-controlled region of Kashmir. It is clear that each country, in a generational Crisis era, is on a trend line to become increasing nationalistic and belligerent towards the other, and it is also clear that these trend lines will continue on the same path until they result in war. From the point of view of Generational Dynamics, it is not a question of “if”, but of “when,” and with the rapid rise in nationalism on both sides, “when” may not be too far off.

Although relations between the two country leaders, India’s president Nawaz Sharif and India’s prime minister Narendra Modi, has never been warm, at least there were attempts to appear cordial. As recently as December of last year, Modi attended the wedding of Sharif’s granddaughter in Lahore.

Tensions have really soared since July 8, when Burhan Wani, the leader of a separatist group in Kashmir, was killed by Indian police fire. Massive riots in Kashmir began the next day. Indian police responded with rubber bullets, leaving many protesters wounded or killed or blinded by the pellets. In a speech at the United Nations two weeks ago, Pakistan’s prime minister Nawaz Sharif incited further violence in Kashmir by glorifying Burhan Wani and demanding independence for Indian-controlled Kashmir. India has accused Pakistan of actively supporting the riots.

As I’ve written several times in the past, it does not matter whether Pakistan is actively supporting the riots because, from the point of view of Generational Dynamics, the violence is “organic” or “indigenous,” meaning that it comes from the people rather than from the politicians. India and Pakistan are returning to the massive violence of their last two generational crisis wars, India’s 1857 Rebellion against Britain and the 1947 Partition war between Hindus and Muslims that following the partitioning of the Indian subcontinent into India and Pakistan.

On September 18, terrorists made a major attack on an Indian army base in Uri in Kashmir. There was a five-hour firefight, and at least 17 soldiers were killed, as were the militants. This was the worst militant terrorist attack in Kashmir in years.

Last week, India invaded Pakistani soil in Pakistan-controlled Kashmir, with what Indian officials called a “surgical strike” on militants. This has infuriated the Pakistani population, and some kind of retaliation is expected. Pakistan Today and Outlook India and Indian Panorama

At this point, both the Pakistani and Indian people are furious, and nationalist feelings are soaring on both sides. Because Indian officials are becoming increasingly aware that any military action might trigger a war between the two nuclear powers, Indian officials are looking for ways to strike at what it calls “the terrorist state” diplomatically.

Shortly after the terrorist attack on the Indian army base in Uri, but before India’s “surgical strike” in retaliation, Indian officials made a decision to isolate Pakistan diplomatically.

Pakistan is scheduled on November 9-10 to host the 19th summit of South Asian Association for Regional Cooperation (SAARC) in Pakistan’s capital city Islamabad.

Indian officials decided to boycott the SAARC. Furthermore, India called the embassies of SAARC countries and demanded that they join the boycott. All the SAARC countries – Afghanistan, Bangladesh, Sri Lanka, Bhutan, Maldives, and Nepal – except Pakistan joined the boycott, forcing Pakistan to indefinitely postpone the meeting. The statements issued by these nations indicated how shocked they were by the Uri attack, and said that the time was “not conducive” to a summit meeting.

SAARC was founded in 1985 for development and advancement of the geopolitical region of South Asia, but has been largely ineffective, possibly because this region of the world holds 1/5th of the world population, but has 2/5th of the world’s poor, Indian Express and India.com and The Nation (Pakistan) and Express Tribune (Pakistan)

Terrorists attack another Indian army base in Kashmir

As of this writing on Sunday evening ET, a gun battle is continuing in the Kashmir Valley town of Baramulla where terrorists attacked an Army camp. This was four days after India had carried out “surgical strikes” against terrorist targets in Pakistan-controlled Kashmir, and two weeks after a major attack on an Indian army base in Uri in Kashmir, killing at least 17 soldiers. Indian Express

The Indus Water Treaty (IWT) was signed by India and Pakistan in 1960, and has been considered one of the most diplomatic achievements in history, a model agreement for sharing water resources between two countries. There are several rivers flowing through the vast Indus River Basin, generally from India to Pakistan, and the agreement controls how much water can be used by each country.

The IWT has survived three wars between Pakistan and India, but now India’s prime minister Narendra Modi is threatening to revoke the treaty, and cut off some of the water flowing from Pakistan to India.

According to a Pakistan official, any Indian step for disrupting water flow would carry considerable risk of war and hostilities. “If India tries to violate the treaty, there will be a befitting reaction from Pakistan.” The Hindu and The News (Pakistan) and India Times and Express Tribune (Pakistan) and Foreign Policy