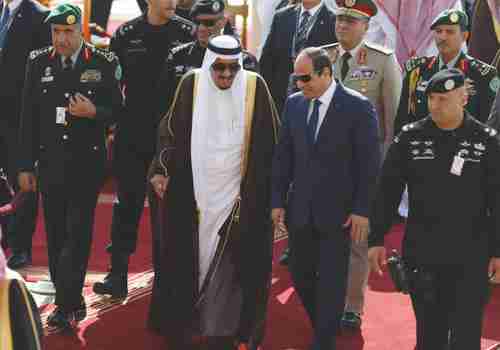 The war in Syria, and particularly the targeting by Syria’s president Bashar al-Assad of millions of innocent Sunni Arab civilians, has caused a split in the Arab community, particularly between Saudi Arabia and Egypt. This has led to Egypt’s representative voting for two contradictory UN Security Council resolutions.

The regime of Syria’s president Bashar al-Assad has been targeting millions of innocent Sunni women and children with barrel bombs, chemical weapons (chlorine gas), phosphorous bombs, cluster bombs and bunker bombs. Thousands of Sunni jihadists from dozens of countries around the world came to Syria to fight al-Assad, resulting in the creation of the so-called Islamic State (IS or ISIS or ISIL or Daesh). Al-Assad, backed by Russia, Hezbollah and Iran, has not only created ISIS, but he has caused millions of Syrians to flee their homes into neighboring countries, including over a million that have flooded into Europe, causing the biggest refugee crisis since the end of WWII. Al-Assad and the Russians have created the greatest geopolitical disaster so far this century.

Although several Western politicians have denounced al-Assad, Russia and Iran as war criminals and guilty of crimes against humanity, the UN Security Council has been powerless to do anything to stop al-Assad’s war of extermination.

The farcical impotence of the UN Security Council has been evident for months, especially as al-Assad and the Russians have made it clear that they plan to destroy east Aleppo and kill as many of the 250,000 civilians as they can.

On October 8, France submitted a proposal to the UNSC for a no-fly zone over Aleppo to protect civilians. Russia vetoed this proposal, and then submitted its own proposal that all the “terrorists” be killed in Aleppo before a ceasefire can begin.

The farce reached new heights when the ambassador from Egypt supported both proposals. Egypt was joined by Russia, China, and Venezuela in its support for the Russian resolution. Egypt’s ambassador Amr Abul Atta defended the two votes:

Egypt backs all efforts aimed at stopping the Syrian people’s tragedy. It voted for both resolutions based on their content, not political bidding that has become a hindrance to the Security Council’s work.

Egypt voted for halting deliberate targeting of Syrian civilians, backing for humanitarian access and cessation of hostilities according to relevant Security Council resolutions.

The Egyptian vote represents the Egyptian position and not the Arab one. It was painful to see that the Senegal and Malaysian positions were closer to the Arab consensus on Syria compared to that of an Arab representative.

Another Saudi official tweeted: “Sorry Egypt. But voting for the Russian draft resolution makes me doubt you are the mother of Arabs and the world.” Daily News Egypt and Gulf News (Dubai) and Asharq Al-Awsat (London) and Egypt Independent

Saudis retaliate against Egypt, which may turn to Iran for oil

Aramco is under a commercial contract to deliver 700,000 tonnes of refined oil products to Egypt at reduced prices. The $23 billion agreement was signed between Saudi Aramco and Egyptian General Petroleum Corporation (EGPC) during the visit of Saudi King Salman to Egypt last year.

Iran has offered Egypt refined oil products to replace the products that the Saudis will not deliver.

Relations between Egypt and the Gulf Arab states changed markedly after Egypt’s army coup in 2013 that overthrew the democratically elected Mohammed Morsi and his Muslim Brotherhood government. Both Qatar and Turkey are allied with the Muslim Brotherhood, and the coup turned both countries against Egypt. Qatar had been providing aid to the Morsi government, but that aid stopped, and Saudi Arabia stepped in to help Egypt.

Turkey has remained relentlessly hostile to Egypt’s current president Abdel al-Fattah al-Sisi who, as an army general, led the coup that ousted Morsi. Saudi Arabia has attempted to play a mediating role between Egypt on the one hand and Turkey and Qatar on the other hand.

However, the Saudi mediating effort is apparently wearing thin, as the long-standing differences between the two countries have now become painfully public because of the UN Security Council vote.

However, long-time readers know that Generational Dynamics predicts that Russia, Iran and India will be allies of the West in the approaching Clash of Civilizations world war against China, Pakistan, Saudi Arabia and the Sunni Muslim countries.

These new developments in the Mideast, along with Egypt’s good relationship with Israel and its new relationship with Iran may appear to signal that Egypt will be allied the West. However, the situation is more complicated than first appears. As the Saudis themselves have been pointing out, their disagreement is with Egypt’s government, not with Egypt’s people. Egypt is badly split following the ouster of Mohammed Morsi, and this split will be carried into any major Mideast war or world war. MEMRI and Middle East Eye and Hellenic Shipping News and Middle East Eye