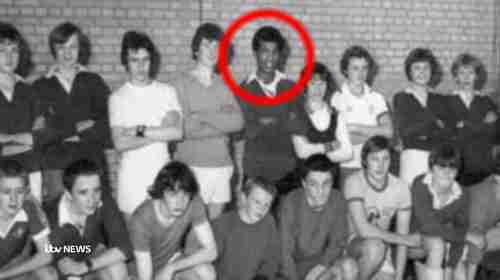 On Wednesday, at 2:30 pm local time, Khalid Masood ploughed the car into a crowd of pedestrians on Westminster Bridge. He then smashed it into the railings encircling the Palace of Westminster. He jumped out of the vehicle and, armed with two large knives, fatally stabbed an unarmed police officer as he entered the grounds. He ran towards the palace, but was shot dead by another police officer.

Khalid Masood was born in 1964 in Kent, England, to a single mother, and named Adrian Russell Ajao at birth. He used the alias Khalid Choudry after converting to Islam, and later adopted the name Khalid Masood. He was married with several children.

The so-called Islamic State (IS or ISIS or ISIL or Daesh) claimed responsibility for the attack, calling Masood a “soldier” of the caliphate who “carried out the operation in response to calls to target the people of coalition nations.”

ISIS has been developing a pattern of claiming responsibility for terror attacks in Afghanistan, Taliban, Bangladesh, and other countries, when it had nothing to do with them. In some cases, the indigenous group carrying out the attack had pledged allegiance to ISIS, but in no case that I’m aware of has ISIS leader Abu Omar al-Baghdadi told some of his thugs in Syria to pack their bags and travel to another country to blow up a marketplace.

In the case of Masood, there is no evidence that he had ever communicated with ISIS, or that ISIS had ever heard of him before Wednesday. Some evidence could still emerge, of course, but until it does we have to assume that the ISIS claims are just bloviation.

ISIS is facing an existential crisis, under attack by American, Iraqi, Syrian, Russian, Free Syrian Army, and Kurdish forces in Iraq and Syria. ISIS has lost much of the territory it formerly controlled, and is now under attack in Mosul, Iraq, and Raqqa, Syria. The battles in these two cities are far from over, and may be extremely bloody for months to come.

But ISIS appears to have lost its magic power to continue to attract young jihadists from around the world to come and fight Syria’s president Bashar al-Assad. Instead, it’s using desperation measures, claiming credit for any terror attack, in order to try to bolster its prestige.

The worry today is that the jihadists that traveled to Syria from over 80 countries to join ISIS are now returning to their home countries to continue their fight there. ITV (London) and NBC News

Officials from the US Department of Homeland Security have been distributing documents to refugees in Australia’s offshore detention centers informing them of the application process for resettlement in the United States.

This appears to be the first step in fulfilling a promise made in a deal in November between President Barack Obama and Australia’s Prime Minister Malcolm Turnbull to allow 1,250 refugees being held in Australia’s refugee centers to be resettled in the United States.

The refugees – from countries like Sudan, Somalia and Afghanistan – are living in two “detention centers” on Pacific islands, one on Papua New Guinea’s (PNG’s) Manus Island, and one on the island nation of Nauru, under agreements that Australia reached with both countries. However, the United Nations and international refugee activists have condemned the refugee camps, saying that under international law, valid asylum seekers should be resettled on Australian soil. Australia has resisted that in order to discourage human trafficking of refugees to Australia.

Early in February, President Donald Trump called it “the worst deal ever,” but promised to honor the deal because he was bound by agreements made by the previous administration. He confirmed that the US will take in up to 1,250 of these refugees, after subjecting each of them to “extreme vetting.”

Although things have been moving slowly, it now appears that the application process for the refugees is about to begin. The process will begin when US officials travel to Manus and Nauru Island to collect fingerprints from refugees applying for resettlement in the United States. They will arrive on Nauru this week, and on Manus Island in April. After that, the refugees will sit through face-to-face interviews, security assessments and medical checks.