U.S. expands military counterterrorism efforts in Africa after death of soldiers in Niger 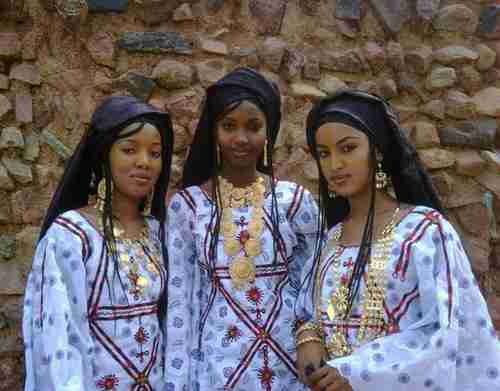 Three Tuareg women in the city of Agadez, Niger, where the new US military drone base will be built (Pinterest)

Following the deaths on October 4 of four American soldiers in Niger on the border with Mali, the U.S. is planning an expansion of the American military presence in Africa’s Sahel region (the strip of Africa just below the Sahara desert, separating the Arab north from Black Africa to the south), as part of its counter-terrorism strategy in Africa.

The planned military expansions had been discussed earlier, but the events of October 4 gave them increased visibility and impetus.

The Trump administration said last week that it would contribute an initial $60 million to the newly constituted “G5 Sahel” counter-terrorism force, led by France and containing 5,000 troops from five Sahel nations: Chad, Niger, Burkina Faso, Mali, and Mauritania. However, the administration is demanding that other countries also contribute money to the effort, which is considerably short of its budget of about half a billion dollars.

The second development is that the U.S. has convinced the government of Niger to permit the U.S. to operate armed drones over Niger airspace. Niger had refused permission in the past but acquiesced after it was argued that an armed drone could have saved the lives of the American soldiers on October 4.

The US had already committed $100 million as the initial construction costs, including fuel and equipment, of an American drone base in Agadez, in central Niger. According to an American military spokesman in September:

At the request of, and in close coordination with, the Government of Niger, United States Africa Command is establishing a temporary, expeditionary cooperative security location in Agadez, Niger.

Agadez is an ideal, central location to enable ISR collection (intelligence, surveillance and reconnaissance) to face the security threat across the Sahel and Lake Chad Basin region.

Niger’s government had approved the drone base only for intelligence, surveillance, and reconnaissance, using unarmed drones. But last week’s announcement permits the use of armed drones, allowing the drones to protect American forces in operations such as those on October 4.

The United States already has 800 troops in Niger, in a base near the capital city Niamey in western Niger. Eventually, these forces will be relocated to the new base in Agadez. Washington Post and Reuters and Reuters (30-Sep)

U.S. and Niger dispute the facts about the four soldiers’ deaths

As more details come out about the deaths of the four US soldiers and five Nigerien soldiers on October 4, it appears that they were the targets of a very well-planned ambush, apparently motivated by a desire for revenge.

A team of 12 American and 30 Nigerien troops were on a supposedly low-risk reconnaissance mission, where chances of contact with militants were considered unlikely. They were leaving the border village of Tongo Tongo, when the village chief asked their help in getting medicine to treat sick children. There was a 40-minute delay, time that was used by the militants to set up the ambush.

About 100 yards outside the village, they heard gunshots, and the militants sent a herd of cattle toward them, generating large clouds of dust, allowing the militants to see them, while they were blinded by the dust. There were about 50 militants, using heavy machine guns, rocket-propelled grenades, and Kalashnikov rifles.

However, there is a dispute between the American and Nigerien militaries about the nature of the mission. The American military insists that it was purely a reconnaissance mission of a type that had been performed many times before without incident.

But Niger’s Defense Minister Kalla Moutari described the operation as “a reconnaissance mission, but also to neutralize the enemy.” Specifically, the mission aimed to detain and question Doundou Chefou, an actively sought jihadist considered to be particularly dangerous.

According to a senior U.S. intelligence official, “They were up there so long on a mission that morphed, they were spotted, surveilled and ultimately hit.” Washington Post and France 24