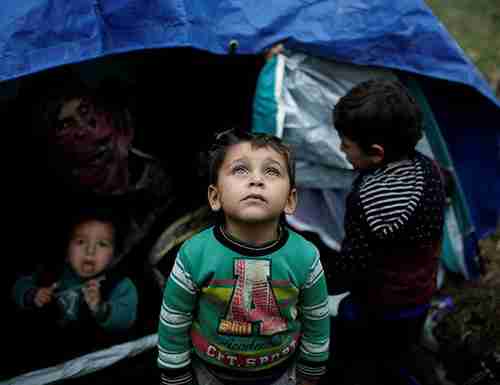 After receiving millions of migrants in 2015 from the Mideast and northern Africa, the European Union implemented some stopgap measures to control the situation.

Each of these methods has been extremely successful in significantly reducing the flow of migrants from Turkey and Libya, respectively. However, in a sense, they have not solved the problem at all, but instead stretched it out.

Furthermore, with winter approaching, the season of heaviest migration is ending for now, but there will be a new surge of migration within just a few months.

Current and approaching problems include the following:

With the vast majority of migrants to Europe reaching Greece or Italy first, these two countries have been overwhelmed. Both countries have begged for help from the European Commission (EC), but there’s been little help beyond rhetoric.

In 2015, the EU adopted a migrant quota system last year that was supposed to relocate 160,000 refugees from Greece and Italy to other EU countries. The plan fell apart because few countries were willing to accept their quotas, and Hungary, Slovakia, the Czech Republic, Poland, and Romania refused to resettle any refugees at all. In the end, only about 30,000 refugees were ever resettled under this plan.

At an EU summit on Thursday that was supposed to be a show of EU solidarity and unity, especially with the Brexit talks going on. But bitter political divisions erupted after EU President Donald Tusk described the refugee quota program as “divisive and ineffective,” and called for it to be replaced.

According to a letter issued by Tusk, the migrant program will once again reach crisis levels by June of next year:

After the unprecedented migratory pressure on its external border in 2015, the European Union and its Member States are gradually restoring control. However, the migration challenge is here to stay for decades, especially due to the demographic trends in Africa. Despite our efforts, the smugglers are working energetically to exploit further vulnerabilities at our borders. A crisis situation can reoccur and so in order to prepare ourselves, we need to categorically strengthen our migration policy. To achieve this, we should first look at what has and has not worked in the past two years. On this basis, we should establish an effective and sustainable migration policy based on secure external borders and the prevention of mass arrivals. It also requires finding a consensus by June 2018 on the internal dimension of our migration policy, based on the concepts of responsibility and solidarity.

Tusk says the existing quota system has to be scrapped and replaced by a new system before June 2018. He concludes by saying:

On the basis of the discussion, Leaders will return to these issues with a view to seeking a consensus in June 2018. If there is no solution by then, including on the issue of mandatory quotas, the President of the European Council will present a way forward.

The quota system has essentially been a fiction, but a fiction that allowed the EU member countries to pretend to their domestic audience that the problems had been solved. Germany, Italy, and the Netherlands have led criticism of Tusk’s proposal. Greece’s prime minister Alexis Tsipras said that Tusk’s comments were “aimless, ill-timed and pointless.” Italy’s prime minister, Paolo Gentiloni, said, “We will continue to insist that a commitment on the relocation of refugees is needed.”

Three countries, Hungary, Poland and the Czech Republic, came out in favor of Tusk’s proposal because they have no intention of implementing a quota system anyway. In explaining why Poland would not accept any refugees, Poland’s prime minister Mateusz Morawiecki said, “It is worth investing considerable amounts of money in helping refugees in (regions) they are fleeing from. The help on the ground there is much more effective.”

The Czech Republic’s prime minister Andrej Babis, said that “It won’t happen,” and any attempt to impose “nonsensical” quotas in a majority vote would only widen the divisions in the EU.

In response to Hungary’s refusal to accept refugees, Dutch prime minister Mark Rutte has described Hungary’s prime minister Viktor Orbán as “shameless” for refusing to accept any refugees and attempting to buy off his obligations with money. Guardian (London) and Reuters and Dutch News