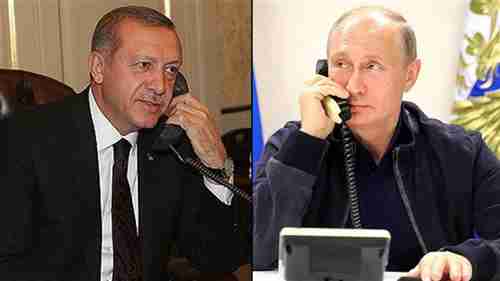 The regime of Syria’s president Bashar al-Assad is declaring a major victory over the rebel forces in the Free Syrian Army (FSA) in southern Syria, in the provinces of Daraa and Quneitra. The Syrian army, backed by barrages of airstrikes from Russian warplanes, forced the FSA to accept reconciliation agreements that permitted them to be evacuated in a convoy of 40 busses to camps that had been set up in Idlib and Aleppo provinces in northern Syria. Under the agreement, the FSA fighters gave up their heavy weapons.

About 4,000 people are expected to be evacuated in the next three days. The UN Refugee Agency (UNHCR) is urging all parties to provide safe passage for the estimated 140,000 civilians displaced by the Syrian assault.

The Syrian army victory in Daraa and Quneitra appears to have been achieved much more quickly than the victories in Aleppo and Ghouta. In all three cases, the FSA opposition fighters and their families were finally allowed to give up their heavy weapons and be evacuated to Idlib. But in the most recent case, it almost appears to be a scripted event, where both sides fought for a little while, and then the FSA fighters were allowed to evacuate very quickly. Al-Jazeera and Al-Masdar (Damascus) and Anadolu (Turkey) and Al-Monitor

Some newspaper reports have been claiming that the victory in Daraa and Quneitra means that the war is over. I cannot see how that is even remotely possible.

With help from Russia and Iran, Bashar al-Assad is now in control of most of Syria but anti-Assad rebels still control Idlib in the northwest, while a Kurdish-led militia controls the northeast and a large chunk of the east.

In Aleppo, Ghouta, Daraa, and Quneitra, the war was settled when thousands of FSA fighters and their families were evacuated to Idlib. In all of these cases, there are villages that are now ghost towns because all the inhabitants have been evacuated to Idlib. This was actually the objective of Bashar al-Assad, who was practicing genocide and ethnic cleansing on the opposition, and now that they have left the villages empty, al-Assad can start filling those villages with people from his own Shia/Alawite clan.

But what about Idlib itself? It has 2.5 million people, roughly half of whom were evacuated there from other theatres. Bashar al-Assad has repeatedly said that his army will retake control of Idlib. This automatically means that the war is far from over.

But more important is how one analyst described the situation: There is no Idlib for Idlib.

What that means was in the other regions, FSA fighters could be evacuated to Idlib, but for the coming battle over Idlib, there is no other place to which families can be evacuated. All 2.5 million people are trapped in there.

Turkey is expressing great concern about al-Assad’s plans for Idlib. Idlib’s northwestern border is Turkey, its northern border is the Syrian district of Afrin, which is under Turkey’s control, and its eastern border is adjacent to Aleppo.

We worry about 2.5 million people becoming displaced more and moving towards Turkey. These people have nowhere to go in Syria. We may have not yet seen the worst in Syria.

And that is a matter of great concern to Turkey. Al-Assad will get started with his usual genocide and ethnic cleansing tactics, performed with missiles, barrel bombs, chlorine gas and Sarin gas, all particularly targeting women and children, as well as schools, markets, and hospitals. Hundreds of thousands of people will try to flee across the border into Turkey. Jordan and Israel kept their borders closed to refugees in the recent offensive in Daraa and Quneitra, and Turkey may do the same in the coming offensive in Idlib. At the very least, this will create an enormous humanitarian disaster, and may even lead to war between Syria and Turkey.

During peace talks in Astana, Kazakhstan, in May 2017, Turkey, Russia, and Iran agreed to establish de-escalation zones in Idlib and enforce ceasefires. The de-escalation zones turned out to be a joke since Russia ignored them and al-Assad just used them as cover further genocidal attacks. As soon as any opposition individual was violent in any way, al-Assad would declare that everyone in the region was a terrorist, to be obliterated.

On July 14, last weekend, Turkey’s president Recep Tayyip Erdogan and Russia’s president Vladimir Putin had a phone call in which Erdogan is reported to have told Putin that if the al-Assad regime forces advance toward Idlib, then the Astana agreement would dissipate. Whether “dissipate” means that the Turks would withdraw or wage war is not clear. Daily Sabah (Turkey) and Hurriyet (Turkey) and Reuters and Al-Masdar (Damascus)