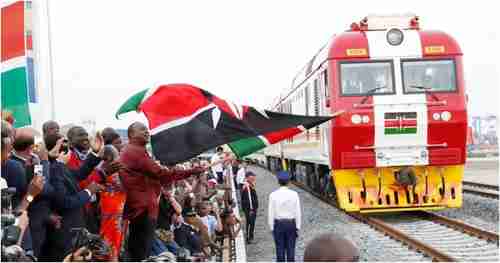 China has signed Belt and Road Initiative (BRI) contracts with dozens of countries with the requirement that the details be kept secret, even from the countries’ ministers or central banks.

It has always been clear that the reason why China demanded total secrecy was that these contracts are extremely favorable to China and are used for “debt trap diplomacy,” allowing China to take control of a country’s infrastructure when it is unable to make the loan payments.

The poster child for debt trap diplomacy is China’s seizure of control of the Port of Hambantota after Sri Lanka was unable to pay the onerous debt payments that China had demanded. China has already acquired or is about to acquire ports and other assets in several countries – Sri Lanka, Democratic Republic of Congo (DRC), Ghana, Zambia, Kenya – through its “debt trap diplomacy.” Several other countries, including Pakistan and the Maldives, are at risk. Malaysia is still at risk, as well.

Now, a partially leaked BRI contract between Kenya and China reveals details that are far more shocking and onerous than have been revealed or inferred so far. With Kenya’s debt repayments to China scheduled to triple this year, all of Kenya’s national assets are at risk unless public pressure forces China to relent.

The new headline revelation is that all Kenya’s assets, within Kenya or abroad, are now subject to Chinese seizure if Kenya cannot make its debt payments. Up until now, Kenyans had worried that its Port of Mombasa, which would be extremely valuable to China for use as a military base, was in danger of seizure by China. But the leaks reveal that any Kenyan asset can be seized.

The leaked document refers to the Standard Gauge Railway (SGR) project, a railway from Mombasa to Nairobi funded by two separate $1.6-billion loans from China. The debt was to be repaid from revenue from the SGR, but that has been far below the optimistic estimates made in 2014. Clause 5.5 of the “Preferential Buyer Credit Loan Agreement on the Mombasa-Nairobi SGR” says the following:

Neither the borrower (Kenya) nor any of its assets is entitled to any right of immunity on the grounds of sovereignty or otherwise from arbitration, suit, execution or any other legal process with respect to its obligations under this Agreement, as the case may be in any jurisdiction.

Strictly interpreted, this clause forfeits all of Kenya’s rights, sovereign or otherwise, to any Kenyan asset, whether the Port of Mombasa, another asset within Kenya, or a Kenyan asset abroad. None of the news reports I have seen provides a list of foreign assets that might be vulnerable, except to suggest that all of them are. According to legal experts, in case of default, China can take over many critical resources — anything from airports and natural resources to embassies abroad.

Other clauses of the leaked contract reveal the following:

The agreement contains other clauses that protect China and almost guarantee that the loan will not be repaid, allowing China to seize Kenyan assets.

Kenya’s government has repeatedly promised to publicly release the contract but has always stalled, presumably because doing so would violate the contract with China and would also expose massive corruption and incompetence among Kenyan government officials.

Kenya’s government is promising to release the contract by the end of the week. Now that many of the clauses have already been publicly revealed, perhaps it might actually happen. The Nation (Kenya) and Mwakilishi (Kenya) and Tuko (Kenya)

Uganda’s Auditor General John Muwanga is warning that Uganda may be subject to the same risk as Kenya. He points out that Uganda’s national debt had gone from $3.3 billion in June 2017 to $4.1 billion in June 2018. Furthermore, according to Muwanga, Uganda’s contracts with China contain exactly the same clauses as Kenya’s contracts. According to Muwanga:

These conditions include waiver of sovereign immunity by government over all its properties and itself from enforcement of any form of judgment, adoption of foreign laws in any proceedings to enforce agreements, requiring government to pay all legal fees and insurance premiums on behalf of the creditor.

However, Uganda’s Minister of Finance Matia Kasaija dismissed the Auditor General’s report: “I am not worried about China taking our assets. They can do it elsewhere, I don’t know, but not here. I don’t think it will ever happen.”

India will provide the Maldives with a $1.4 billion credit line after the new president Ibrahim Mohamed Solih visited India’s Prime Minister Narendra Modi in New Delhi last month. The credit line will permit the Maldives to avoid default on payments on its debt to China, estimated to be between $1.5 billion and $3.2 billion.

Solih shocked the Maldives by winning the presidential election on September 23 by unexpectedly defeating the incumbent Abdulla Yameen Abdul Gayoom. Yameen had close relations with China and had signed several BRI infrastructure contracts with China that place the Maldives into a great deal of debt.

When Solih took office, he discovered that it was almost impossible to learn the details of the contracts with China. ( “24-Nov-18 World View — Maldives can’t determine how much money it owes to China”)

Solih vowed that he would find out exactly what was in the deals with China and, at the time, I expressed the hope that Solih would make the China deal public so that, for the first time, we could see all the details in one of China’s BRI deals.

Unfortunately, that has not happened yet, though I am still hoping. In an interview last week, Solih said:

Our government is still reviewing the extent of the debt incurred under the previous government. No doubt, the debt situation has put us in an extremely challenging situation. A vast number of infrastructural projects have been undertaken and we are in the process of reviewing the terms of these agreements.

Perhaps the leaking of the Kenya deal will make it possible for Solih to release the details of the Maldives’ deal.

The Maldives islands occupy a major strategic position in the Indian Ocean. India’s promise of $1.4 billion in aid to the Maldives has the geopolitical effect of moving Maldives away from China and closer to India. India Times and Maldives Times and Diplomat