The militants blindfolded the miners and tied their hands behind their backs before shooting them, police video revealed. The attack took place near the Machh coal field in Balochistan province, some 30 miles east of the provincial capital Quetta.

The Hazaras are a Persian-speaking ethnic group belonging to Pakistan’s Shiite Muslim minority. The Sunni Muslim Islamic State, which has often targeted Shiites in its attacks, claimed responsibility for the assault on its website.

The ethnic Hazara make up a large part of Pakistan’s Shiite minority, which accounts for about 20 percent of the country’s 207 million mainly Sunni Muslim population.

The condemnable killing of 11 innocent coal miners in Machh Balochistan is yet another cowardly inhumane act of terrorism. Have asked the FC to use all resources to apprehend these killers & bring them to justice. The families of the victims will not be left abandoned by the govt

Moazzam Ali Jatoi, an official with the paramilitary Levies Force in the area, said the attackers abducted the miners and took them up into nearby mountains for execution. Six of the miners died at the scene, he said, and five others died on the way to a hospital.

Members of the Hazara community protested the killings on the streets in Quetta and surrounding areas, blocking roads with burning tires and tree trunks. 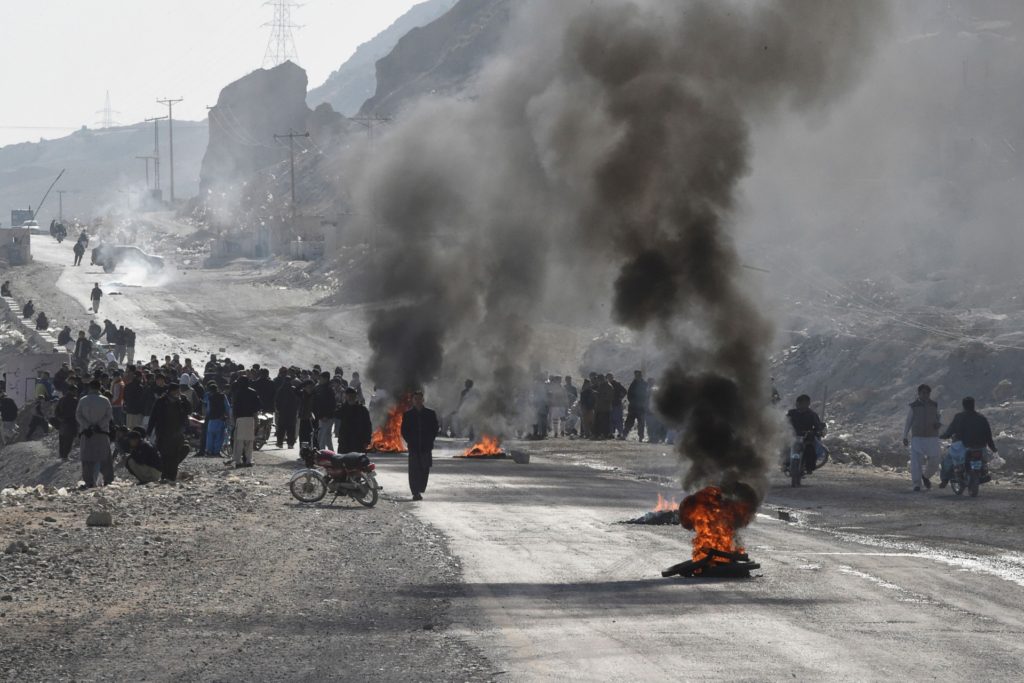 Members of Shiite Hazara community burn tyres during a protest after the killing of 11 workers of their community, in Quetta on January 3, 2021.  Gunmen in southwestern Pakistan have killed at least 11 workers at a remote coal mine, officials said on January 3. (BANARAS KHAN/AFP via Getty Images)

Shiite cleric Nasir Abbas said protests over the incident would be organized nationwide. Political and religious leaders from different segments of the population also expressed their grief and sorrow over the killings.

In January 2020, the Islamic State claimed responsibility for the bombing of a Shiite mosque in Quetta during evening prayers. The explosion killed 14 worshipers including a senior police officer and wounded another 20.