Spavor was arrested in China in December 2018, soon after Canada arrested Meng and began the process of extraditing her to the United States on charges of fraud and violating sanctions against Iran. Another Canadian, former diplomat Michael Kovrig, was arrested at around the same time.

China’s state-run Global Times said Spavor was tried in a “closed-door court” because his case supposedly concerned “national secrets.” Evidently one of those secrets was the verdict, reached in March but not revealed until Wednesday.

Spavor was sentenced to 11 years in prison, and roughly $7,715 worth of his personal property was confiscated. According to AFP on Wednesday, his trial lasted a grand total of three hours.

“Spavor is also being ordered deported by the court, though it is not immediately clear if that will happen before or after the 11-year prison sentence is served,” Canada’s CBC News observed. 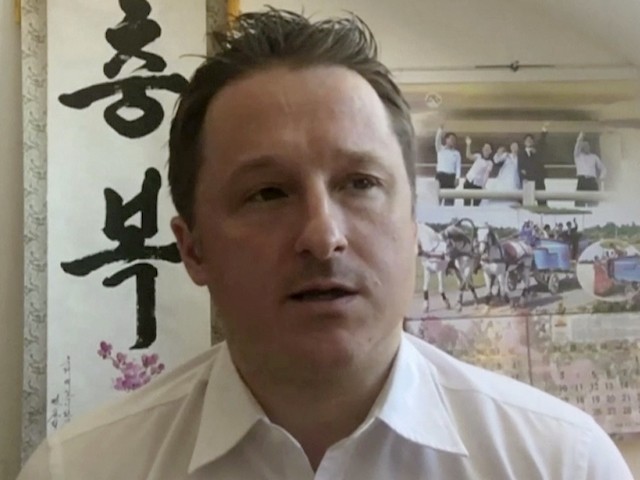 In this file image made from a video taken on March 2, 2017, Michael Spavor, director of Paektu Cultural Exchange, talks during a Skype interview in Yanji, China.  (AP Photo)

The Global Times said it was “extremely absurd and hypocritical” for Canadian officials and media to make “wild comments on China’s handling of cases involving Canadian citizens in accordance with the law.”

One such criticism came from Canada’s ambassador to China, Dominic Barton, who traveled to the city of Dandong in Liaoning province to attend Spavor’s sentencing hearing.

“We condemn in the strongest possible terms this decision after a legal process that lacked both fairness and transparency,” Barton said on Wednesday.

Barton spoke with Spavor after the verdict was announced and said his three messages to the world were: “Thank you for all your support, I am in good spirits, I want to go home.”

According to Barton, a great deal of China’s evidence against Spavor for espionage boiled down to photos he took at airports where Chinese military aircraft were parked.

“Today’s verdict for Mr. Spavor comes after more than two and a half years of arbitrary detention, a lack of transparency in the legal process and a trial that did not satisfy even the minimum standards required by international law,” Trudeau said.

Canadian Foreign Minister Marc Garneau said Spavor was convicted in a “mock sham trial” and vowed the verdict “in no way diminishes our resolve to secure the immediate release of Michael Spavor and Michael Kovrig.” 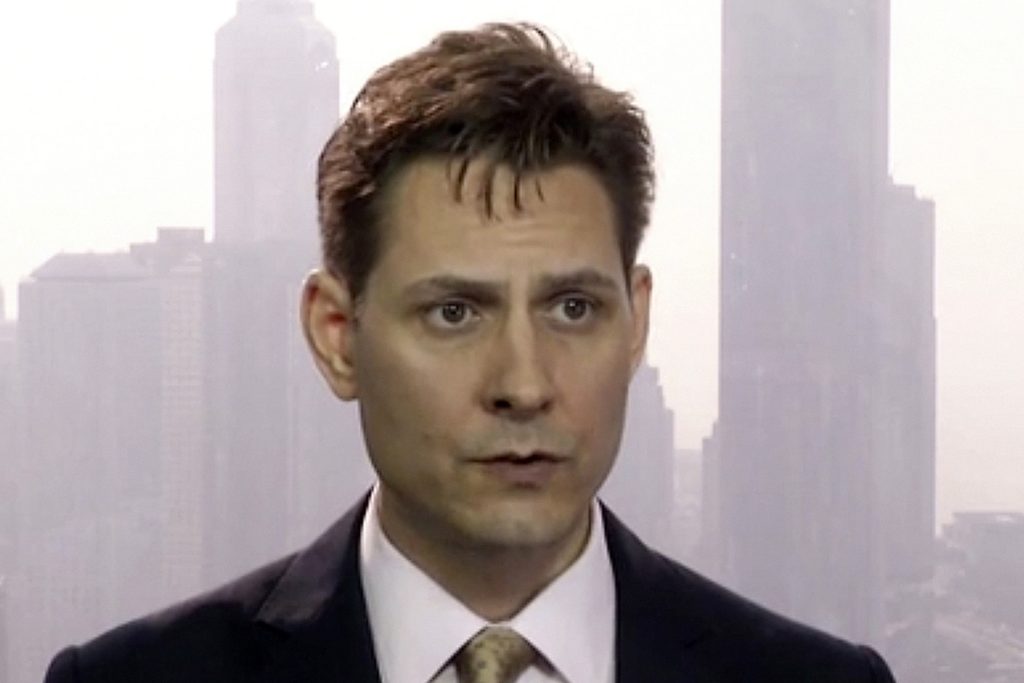 In this March 28, 2018, file image made from video, Michael Kovrig, an adviser with the International Crisis Group, a Brussels-based non-governmental organization, speaks during an interview in Hong Kong. (AP Photo, File)

“This decision is rendered after a legal process that lacked both fairness and transparency, including a trial that did not satisfy the minimum standards required by international law,” he charged.

“This has gone on too long,” Garneau said.

“Mr. Trudeau has been offside with respect to China for six years. A Conservative government will stand up for our values, our citizens and our security,” said Conservative party leader Erin O’Toole.

University of Ottawa senior fellow and Canada China Forum advisory board member Margaret McCuaig-Johnston told Canada’s CTV News on Wednesday the Trudeau administration should insist on Spavor’s immediate deportation instead of letting him spend 11 years in a Chinese prison. She noted that such action was taken with Kevin Garratt, a Canadian convicted of spying by China in 2016.

“He’s unjustly held in this ransom, in effect, for Madame Meng,” she said of Spavor.

“China is using strength … as leverage in this case of Madame Meng and that frankly I think has been pushed too far. They’ve seen the other countries are speaking out regularly against this and so I think that they’ve really overplayed their hand by taking innocent Canadians,” McCuaig-Johnston told CTV News.

David Meale, Charge d’Affaires at the U.S. Embassy in Beijing, denounced the Spavor sentencing as a “blatant attempt to use human beings as bargaining leverage, a practice roundly condemned by the global community and inconsistent with China’s international human rights commitments.”

“He was not permitted to appoint lawyers of his choice, and consular access while in custody was heavily restricted. His right to a fair trial and due process, including the right to a public hearing, as guaranteed under international human rights law and China’s Criminal Procedure Law, has not been upheld,” the European Union said in a statement on Wednesday.

“While we disagree with the charges, we realize that this is the next step in the process to bring Michael home, and we will continue to support him through this challenging time,” the Spavor family said in a statement.

“Michael’s life passion has been to bring different cultures together through tourism and events shared between the Korean peninsula and other countries including China and Canada. This situation has not dampened, but strengthened his passion,” the family statement said.