The Chinese Defense Ministry ratcheted up its belligerent rhetoric on Tuesday by threatening to aim “new missiles” at American planes and aircraft carriers near Taiwan if House Speaker Nancy Pelosi (D-CA) proceeds with her planned visit to the island next month.

The state-run Global Times quoted the Chinese Defense Ministry vowing to take “strong measures” to “thwart any external interference” or “Taiwan independence separatist steps,” then warned the People’s Liberation Army stands ready to use all that advanced technology it stole from the Western world over the past few decades:

Chinese analysts said the strong warnings from the Chinese military meant that the Chinese People’s Liberation Army (PLA) is well prepared for all the possible challenges if Pelosi visits the island, and they advised the PLA Rocket Force to conduct drills with new missiles targeting any possible US aircraft carriers and other large military vessels that may be involved in Pelosi’s visit.

The “new missiles” might be the hypersonic weapons China tested in July 2021, to the apparent surprise of the Pentagon. China has also put a great deal of effort into developing “carrier killer” anti-ship ballistic missiles, as well as advanced anti-aircraft missiles, including the recently-upgraded HQ-9 system.

Approvingly quoting threats to use military force from its former editor Hu Xijin, the Global Times crowed that Pelosi might just give Beijing the excuse it needs to invade Taiwanese airspace:

Hu Xijin, a commentator for the Global Times, said that he expected to see PLA’s aircraft flying together with Pelosi’s plane into the airspace of Taiwan island. That would set a great precedent for the PLA to patrol above the island, which would be far more meaningful than Pelosi’s visit.

Sooner or later, the PLA’s aircrafts will enter the airspace above Taiwan in a legitimate and righteous move to manifest China’s sovereignty over the island. To do this, we need an opportunity which could prompt the international community to better understand the mainland’s move is natural rather than a provocation. Pelosi’s potential visit to the island will lead to major changes on the situation in the Taiwan Straits, and PLA’s strong reaction is in line with the expectation of the international community and the visit will offer PLA a good reason to send aircraft over the island, Hu said. 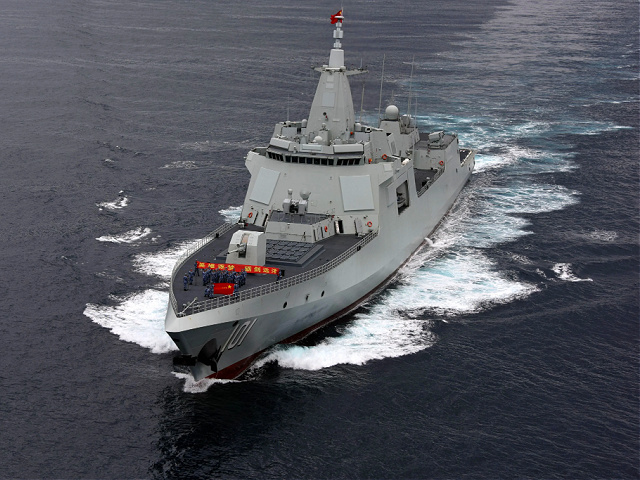 China frequently sends squadrons of warplanes into China’s Air Defense Identification Zone (ADIZ), a provocative gesture that is much less severe than the full-blown invasion of Taiwan’s protected airspace advocated by Hu and the Global Times.

The global response to China endangering commercial aviation and shipping from the vital tech hub of Taiwan would likely be severe, so unless the tyranny in Beijing is ready to kick off World War III next month, these threats are most likely bluster about the PLA’s impressive ability to win an air combat victory against an elderly woman traveling in an unarmed plane.

The Diplomat in May made the observation that China’s perpetual violations of Taiwan’s ADIZ mysteriously tapered off in the spring, and a certain class of patrol aircraft dropped out of the provocative exercises entirely. Some analysts believe this happened because the PLA is having serious mechanical problems with its aircraft, and might even have been quietly conducting search-and-rescue operations for crashes that it did not wish to publicly acknowledge.