China’s economic reports from July paint a grim picture of an economy in free-fall, with virtually every metric of growth – or even stability – coming in far below expectations.

The latest figures built on reports from early August that showed China’s retail sector in steep decline, unemployment rising, and industrial productivity down. Hanging above it all was the guillotine blade of China’s jittery real estate market, which is threatened by imminent meltdowns from big property firms on one end, and a feisty “mortgage rebellion” by individual homeowners on the other.

Bloomberg analysts said on Monday that China’s chronic coronavirus lockdowns are still a big reason for the slump:

The nation’s commitment to Covid Zero has made it tough to sustain any hard-won economic progress, as the threat of repeated restrictions and re-openings continues to loom. While cases were low in Shanghai and surrounding provinces last month, numbers went up in places including the eastern province of Anhui, Xi’an, home to the famed Terracotta Warriors, and manufacturing hub Wuxi.

August also saw an alleged surge in cases in the resort island of Hainan, where authorities have locked down holidaymakers, suspended flights, and shut businesses to contain infections. 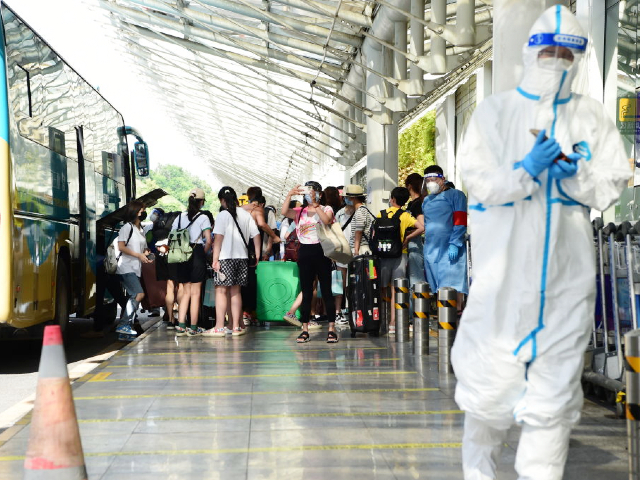 SANYA, CHINA – AUGUST 11: Tourists arrive at Sanya Phoenix International Airport on August 11, 2022 in Sanya, Hainan Province of China. As of 4 am on Thursday, 2,156 stranded tourists due to the latest COVID-19 resurgence in Sanya had departed for home. (Photo by VCG/VCG via Getty Images)

These are all very inconvenient developments for dictator Xi Jinping, who will attempt to secure an unprecedented third term in power at this fall’s Communist Party Congress.

Xi is evidently unwilling to budge on “Covid Zero” and its perpetual lockdowns, touting China as the world’s most effective fighter against the disease it unleashed. The economic damage from “Covid Zero” appears to be far greater than he bargained for, and it might be enough to embolden his political adversaries. Until now, few analysts have thought Xi’s position was perilous enough to threaten his bid for a third term, but the Party Congress might be a more awkward affair than he wanted.

The Chinese government has thus far avoided implementing big stimulus plans to jump-start the economy, but the central bank did surprise observers on Monday by cutting two key interest rates and draining some cash from the banking system, evidently in a bid to stimulate demand for credit and blunt the effect of the “mortgage rebellion.”

Over on the real-estate front, the biggest of China’s property titans, Evergrande, is the subject of an inquiry launched by the Financial Reporting Council (FRC) of Hong Kong on Monday.

The FRC said it has “questions about the classification of restricted bank deposits and other loans, the measurement of pledge guarantees given and the disclosure of related party transactions in the accounts,” plus more questions about previous audits conducted into all of the above issues.

The Financial Times predicted the investigation would “put more scrutiny on Evergrande, the world’s most indebted real estate developer, after it failed to meet a self-imposed deadline to restructure its $300bn in liabilities at the end of July.”

“In July, Evergrande replaced its chief executive and chief financial officer after an internal investigation found they had allowed $2bn in deposits that belonged to the property services unit to be pledged as collateral to lenders. The sum was subsequently seized by banks when the unit did not meet its obligations, wiping out most of the subsidiary’s net cash,” the Financial Times recalled. 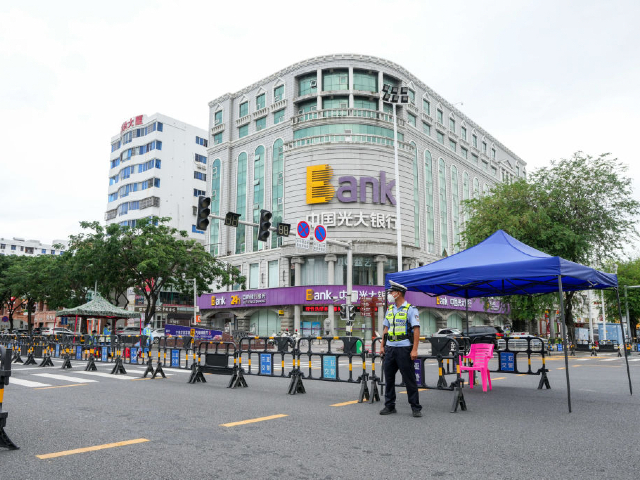 The Wall Street Journal (WSJ) on Tuesday suggested “China’s familiar formula for stimulating the economy is yielding fewer benefits than in the past,” and Beijing’s central planners are not sure what to try next.

“The burden of stimulating the economy in China has traditionally fallen primarily on local governments, which became more financially strained this year as land sales dried up and tax revenue plummeted amid [Chinese coronavirus] disruptions,” the WSJ noted.

Racking up debt to finance big infrastructure projects probably will not work this time, since infrastructure has reached a point of diminishing returns, while the threat of more coronavirus lockdowns would make completing new projects difficult.

Also, Xi has been calling for China to reduce its debts, so lower-ranked Communist officials will likely be reluctant to implement more debt-fueled stimulus strategies. The WSJ thought the Chinese government might remain largely paralyzed until the Communist Party Congress is over and Xi has his third term safely in hand.

The Washington Post noticed an offbeat indicator of Chinese economic anxiety on Monday: young people are starting to dress in the drab “civil servant chic” or “cadre style” of government employees because private sector employment is collapsing, so the bureaucracy looks like their best bet for a stable career.

“As private companies announce mass layoffs due to the pandemic, cadre style’s popularity reflects the desire for a life within the system with a stable job and income,” aspiring young bureaucrat Harry Wang explained.

The Washington Post noted millions of applicants are competing for a few thousand bureaucratic job openings, with 20,000 people pursuing one post-office job in Tibet. “Cadre style” aficionados are marketing themselves to young women as smart marriage picks, even though their wardrobe choices make twentysomething men look like soul-deadened paper pushers in their mid-40s.