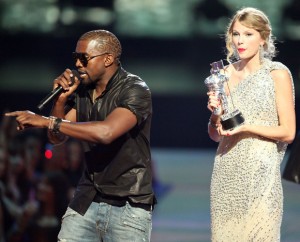 The Working Families Party and local Democratic Party Officials are at the center of a massive voter fraud scandal in Troy, NY.

According to the Times Union:

Dozens of forged and fraudulent absentee ballots from people registered to vote on the Working Families Party line were filed in the Sept. 15 primary elections in Troy.

Documents at the county Board of Elections show the fraudulent ballots were handled by or prepared on behalf of various elected officials and leaders and operatives for the Democratic and Working Families parties.

There may be as many as 50 absentee ballots that were forged, according to people close to the case. Countywide, there were 126 absentee ballots applied for on the Working Families Party line.

What isn’t mentioned is that WFP is nothing more than a front group for ACORN. Or as Roger Stone put it:

The Working Families Party is not about working people or families and it isn’t really a party. The WFP is a wholly owned subsidiary of ACORN. Bertha Lewis co-chair of the Working Families Party is the Executive Director of New York ACORN. New York ACORN leader, Steven Kest was the moving force in forming the party and WFP headquarters are located at the same address as ACORN’s national and New York office at 88 Third Avenue in Brooklyn, New York.

WFP is essentially a money funnel which pays for an aggressive door to door canvas. Largely funded by unions, the WFP is ACORN’s “political arm” in New York State. Candidates supported by the Working Families Party and issues supported by ACORN are both advocated on the door steps of target voter homes as they share one major voter canvas.

Adding more evidence to the ACORN-WFP link is Erick Erickson’s examination of Bertha Lewis’ leaked rolodex. Erickson predicted that “With ACORN’s growing negative reputation, it is only a matter of time before it spills over to the Working Families Party.”

The spilling started in Troy, and it will likely flow to all the way to Brooklyn. Yesterday, Rensselaer County Judge Robert Jacon named a special prosecutor to investigate the allegations of fraud.

And in a completely unrelated story, today in Nevada, Christopher Edwards will testify in a preliminary hearing in a criminal fraud case against ACORN. Edwards, the former Las Vegas field director for ACORN, plead guilty last month and has agreed to testify that ACORN devised a program the encouraged and rewarded employees for producing fraudulent voter registrations.