It permeates the public’s consciousness and Big Media obsessively promotes the perception to our detriment. Yet, like a canker on a suitor, polite Republicans won’t discuss it. No longer, however, can we pretend the issue doesn’t exist. It does and, though painful to admit, we must confront the truth. 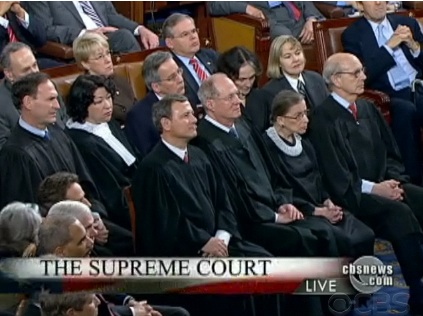 Republicans have a “hip gap.”

This is not to say Democrats are hip. People who squander their precious breaths of life poring over Das Kapital, practicing rhythmic chanting with Kindergarten lyrics, chaining themselves to national monuments and/or writing memoirs prior to accomplishing anything are utter stiffs. They can only pass themselves off as cool in comparison to…well, us.

Oh sure, we’d like to think this is just another slanderous Leftist attack on Republicans. But, let’s be honest: a large gaggle of GOPers have yet to put a toenail into the Twenty-First Century’s cultural crosscurrents – or, for that matter, the Nineteenth’s.

Still, let us not curse the darkness. Let us light a cultural candle to illume our whereabouts upon the path to hipness. Thus, the following is a True or False pop culture test. Anything less than 100% – or if you ask the cat next to you for help – scientifically proves you are part of the hopelessly unhip GOPast and should stay holed up in your internet-less study a-rhythmically tapping your white wing tips to that “risqué” Scott Joplin 78 rpm blaring from your Victrola.

So without further adieu, away we go:

1. This is Spinal Tap is a medical documentary.

9. Shakira is served on a skewer.

What’s that, you say? “Where are the answers?”

If you have to ask….