There is an old saying that politics make strange bedfellows. A great example of this is seen in the union of a George Soros, Jewish born billionaire who collaborated with the Nazis and was convicted of insider trading, funding the organization of Jim Wallis Christian writer and political activist, founder and editor of Sojourners magazine, leader of the Progressive evangelical movement, Obama adviser and advocate for “social justice.” 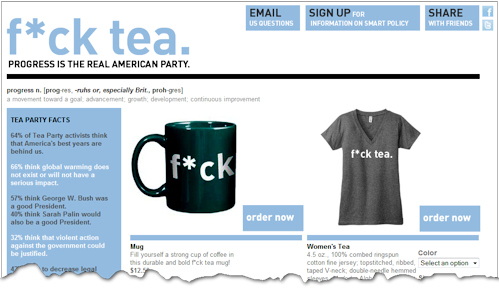 The original charge was made Marvin Olasky in the Christian Magazine, The World. Olasky reported that Soros had been giving money to Sojourners since 2004.

[Soros] bankrolled Sojourners with a $200,000 grant in 2004. A year later, here’s how Jim rebutted a criticism of “religious progressives” for being allied with Soros and MoveOn.org: “I know of no connections to those liberal funds and groups that are as direct as the Religious Right’s ties to right-wing funders.”

Since then Sojourners has received at least two more grants from Soros organizations. Sojourners revenues have more than tripled–from $1,601,171 in 2001-2002 to 5,283,650 in 2008-2009–as secular leftists have learned to use the religious left to elect Obama and others.

Maybe he was surprised by the charges, because the “man of God,” Walis lied about the Soros funding claiming that Olasky was trying to imitate Glenn Beck:

It’s not hyperbole or overstatement to say that Glenn Beck lies for a living. I’m sad to see Marvin Olasky doing the same thing. No, we don’t receive money from Soros. Given the financial crisis of nonprofits, maybe Marvin should call Soros and ask him to send us money.

So, no, we don’t receive money from George Soros. Our books are totally open, always have been. Our money comes from Christians who support us and who read Sojourners. That’s where it comes from. In fact, we’ve had funding blocked, this year and last, by liberal foundations who didn’t like our stance on abortion. Other liberal groups were happy to point out to them that our stance wasn’t kosher on abortion, so our funding was blocked.

So tell Marvin he should check his facts, and not imitate Glenn Beck.

Wallis got one part correct, Olasky did imitate Beck, both the TV commentator and the Christian writer both use facts and evidence to build their cases.

After starting with a lie (or maybe because the evidence was dug up) Wallis relented. Faced with his group’s tax returns which show donations from Soros, he fessed up to a partnership with the Democratic Party’s “sugar daddy.”

Recently, I participated in an interview about the future of Evangelicalism. The interviewer asked about a blog post in which an author made accusations about Sojourners’ funding. I should have declined to comment until I was able to review the blog post in question and consulted with our staff on the details of our funding over the past several years. Instead, I answered in the spirit of the accusation and did not recall the details of our funding over the decade in question. The spirit of the accusation was that Sojourners is beholden to funders on the political left, which is false. The allegation concerned three grants received over 10 years from the Open Society Institute that made up the tiniest fraction of Sojourners’ funding during that decade — so small that I hadn’t remembered them. Sojourners doesn’t belong to the political left or right. Sojourners receives funding from individuals and organizations across a broad spectrum who are committed to our mission of “biblical social justice.”

Holy Cow, Sojourners must raise lots of money to consider over $7 Million Dollars from one person a “tiniest fraction.” Or maybe Wallis is suffering from some sort of memory lost because the group’s total revenue in 2008 for example, was only $4.6 million, a person with a normal memory who ran an organization the size of Sojourners would remember a donation the size of Soros’ and wouldn’t describe it as a “tiniest fraction.”

It is clear that Wallis and his Sojourner organization has been doing with Mr. Soros money, fighting against anybody who disagrees with the progressive agenda. For example, Wallis has been front and center in the effort to discredit Fox News commentator Glenn Beck. Wallis claimed that Beck’s criticism of the way the term social justice is used by progressive churches somehow means that he is anti-religion, or anti-Christian. This of course nothing but a scare tactic as next week Beck is holding a rally at the Lincoln Memorial with the purpose of urging Americans to return to the faith of their choice.

Wallis has shown that he is a liar and considering his false charges of Olasky lying, he is also someone who disregards the commandment about bearing false witness. There is nothing wrong with Wallis having his religious beliefs even if I disagree with them. What is wrong is that the Obama adviser misrepresents those beliefs and their political nature, even to the point of lying about them.

Wallis claims his group is non-partisan. One of his favorite lines is

“We’ve seen religion made partisan. When I talk, I talk about a moral center. I want us to go deeper, not left or right.” He advises Obama while claiming he is “nonpartisan evangelical minister.

But his partisan political stances and attacks on the right wing have earned him financial rewards from the progressive money man, George Soros, that doesn’t seem very non-partisan.

It’s not nice for a religious leader to be a liar, maybe Jim Wallis hasn’t learned that yet.

Correction: The Olasky Article talks about $7 million dollars in revenues for Sojurners, that numbers was mistakenly picked up and used for the donations figure. The actual amount of Soros Donations is unknown.