Tucked into the fatty, flabby folds of the nearly $1 trillion alleged “stimulus” bill foisted upon us (and our children, and their children, with interest) in 2009 was $7.2 billion for broadband Internet projects. 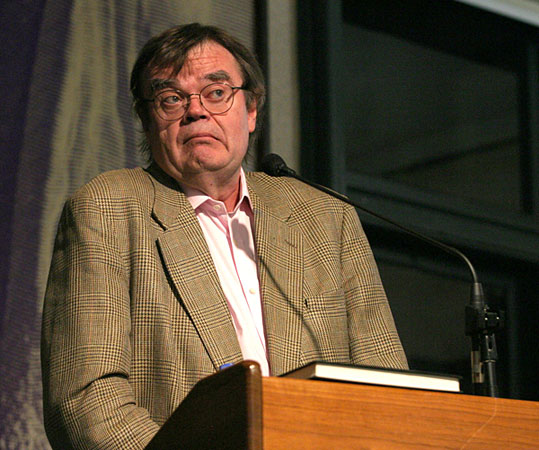 And from what we’ve learned, it’s been executed just as spectacularly well as has all the rest.

Large swaths of at least $2.5 billion of that coin were quintessential Washington – outmoded, redundant, and outright destructive of the private sector.

That heap went to the Rural Utilities Service (RUS) for its Broadband Initiatives Program (BIP). Which was more slop in an already existing federal trough – the Rural Broadband Access Loan and Loan Guarantee Program. Which was created by the 2002 Farm Bill – and then reslopped in the 2008 Farm Bill before again being reslopped in 2009. It’s supposed to provide loans to help bring Internet broadband service to rural communities that do not yet have it.

And here we have the problems with government involvement – with which we’ve become all too familiar.

The government is tremendously good at screwing up the private sector with their myriad attempts at “helping” it. The Leviathan fundamentally fails to grasp the Law of Unintended Consequences – or basic economics.

And so it is with large chunks of the broadband “dim-ulus” money being blithely pitched about. Private sector companies – who have spent the large currency necessary to build out broadband connections – are now watching government-funded competitors parachuted in to obliterate their businesses.

Take what is happening in Hays, Kansas and its surrounding areas. Eagle Communications, a small broadband provider, had already invested its own considerable coin to build out broadband Internet access for and to their customers in these parts of the state.

Only now the government has given $101 million to another provider – which they are going to use to “overbuild” – on top of Eagle’s network. “Overbuild” meaning – build service with government money to Hays, Kansas – an area that already has access to service via Eagle.

Again, the purpose of RUS-BIP money is to deliver service to people who don’t already have it. What the feds have done instead here is establish a government-subsidized competitor to an existing private sector company.

Eagle is now facing a newly government-dug ten-foot hole, and looking at possible bankruptcy – which will cost 277 employees their gigs.

So what? some may say. Those gigs will be replaced by the government-funded broadband provider. Not so fast.

Leaving aside that it is worse than pointless to spend $101 million to replace private sector jobs with government-funded ones – Eagle’s built a proven, successful business model, so the employees they have are confirmed to be permanently necessary to the effort. Not so with the government-funded entity – when the federal money runs out, who’s to say there’ll be privately generated coin coming in behind it?

In short, the government money may last just long enough to wipe out Eagle, and then sink its recipient as well.

And this Hays, Kansas government buffoonery has negative ramifications throughout the industry and the nation (and there are several other just as absurd RUS-BIP Hays-like situations). Private broadband companies that were considering building out to un- or underserved areas will now most likely not do so – for fear of a government-funded competitor coming in and landing on their heads.

(How many times from how many people have we heard the $1 trillion “stimulus” wasn’t big enough, and that we now need even more “stimulus” to augment all of it?)

Two quick additional follies that need to be highlighted.

We as a nation are already approaching 98% access to broadband – in just over ten years – thanks to the hundreds of billions of dollars in private sector investment. So why is the government at all necessary here?

And with the advent of 4G wireless service, we are at the beginning of the end of broadband being the predominant mode of high-speed Internet delivery, as we will begin to transition to the much cheaper to build and deploy wireless way.

And yet another government-deployed economic Red Light.